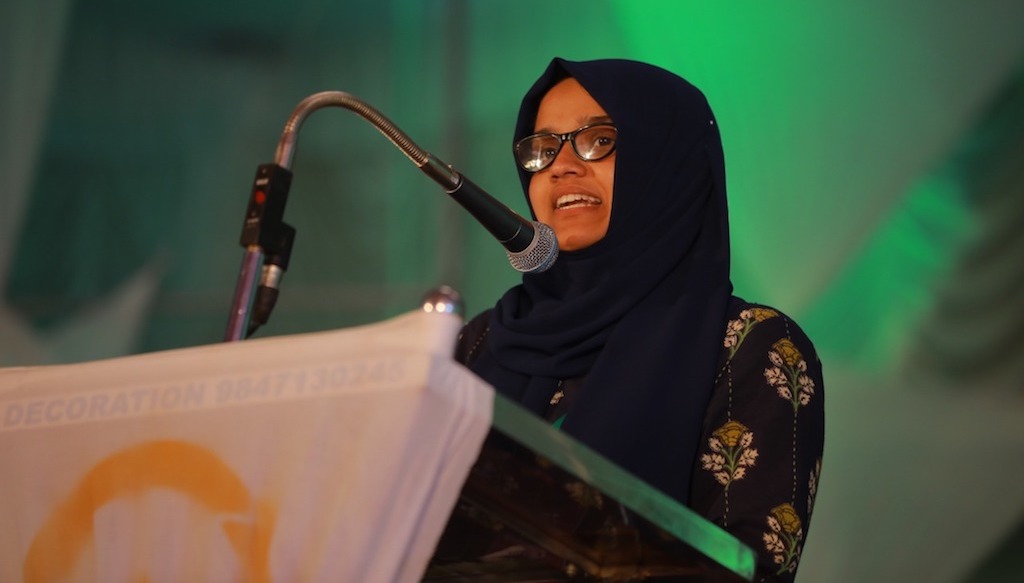 IAMC also marked the occasion of India’s Independence Day with an essay and video contest on topics relating to pluralism, democracy, and religious freedom in India. Winners of respective contests can be found here

Rep. Pramila Jayapal, the first South Asian American woman to be elected to the US House of Representatives called for India’s Independence Day to be “a time to reaffirm the democratic, pluralistic principles on which our countries were founded.” Bemoaning that “hate crimes are threatening Muslims in India”, she took pride in “speaking out for the rights of minorities in India” since she took office.

“I also spoke out against Prime Minister Modi’s Citizenship Law that excludes Muslim migrants from a new pathway to citizenship, an unprecedented break from India’s secular constitution,” Rep. Jayapal said. “Taken together with the National Register of Citizens, I fear that this citizenship law could be used to prevent Muslim migrants from becoming citizens and voting,” she added. Her keynote address was noteworthy for many reasons, including her words of inspiration and resolve. “If there is anything I have found as an immigrant, advocate, and woman of color, it is that nothing is stronger than committed and passionate people working together to do good and deliver justice…. I will not stop fighting for justice for Muslims here and in India and I know you won’t either.”

Mr. Harsh Mander, a noted Indian human rights activist, delivered a passionate speech on the ideals of Gandhi and the principles of non-violence that marked India’s freedom struggle. Mr. Mander urged that the “idea of India that was promised in the leadership of Gandhi belongs equally to people of every faith and emphasized that India was envisioned as a country where no one would be discriminated against, regardless of their caste, religion, gender, wealth or language.”

In response to mob lynchings around the country, Mr. Mander headed an initiative called “Karwan-e-Mohabbat” or “Caravan of Love,” that included visits to families of those who were lynched. “I said we would go to every home where anyone has been lynched in this country, like we would go to our loved ones and say, ‘we want you to know you are not alone. There are many people who care and stand with you in this moment of your pain. We seek forgiveness for what we have become as a country. We will stand with you in your battle of your justice and tell your stories.’” Mr. Mander said.

Ms. Sujatha Ramni, coordinator of the Coalition of Seattle Indian-Americans, emphasized that “American and Indian societies are each other’s analogues. While democracies are set in constitutions, we are very much a work in progress. Liberty, Equality, and Fraternity are goals we still have to achieve.  It is a promise that we must dedicate and commit ourselves to do every day.”

Ms. Ladeeda Farzana said, “As a student, I believe that, as much as we celebrate independence, the idea of freedom must always be appraised critically. If we can’t critique an idea that we celebrate then we can’t evolve into a better democracy. If we cannot critique, we will find ourselves shrinking into existence, there is no growth there. That is the problem we face today; we don’t have the right to dissent anymore. Any semblance of dissent or critique instantly makes one an anti-national or a traitor.”

Ms. Aysha Renna said, “August 15 is a special day for all of us. As Indians, we have loved it ever since as a child, flag hoisting, rallies, sweets. Growing up, I realized how fearlessly our forefathers fought for the freedom that we are enjoying.” Ms. Renna however bemoaned the fact that the “country today is not what the freedom fighters had fought for,” and that Indian Muslims are told “to prove their patriotism, prove their love towards their country.” “The irony is that the people who are questioning the patriotism of Indian Muslims are those who had little to no role in the actual freedom struggle itself!” Ms. Renna said in her speech.

Ahsan Khan, President of IAMC reminded the audience to “not forget that India is battling a rising tide of casteism, communalism, discrimination against minorities and women, and economic and social inequalities – these are threats just as potent as the virus and threaten to annihilate all the progress we have made in the years since Independence.” Mr. Khan also exhorted all Indians “to come together in our shared struggle against casteism and discrimination that divides us to build a more inclusive, pluralistic and tolerant India, and be guided by the wisdom of Mahatma Gandhi, who said, ‘for me, the different religions and races are beautiful flowers from the same garden, or they are branches from the same majestic tree.’”

This year’s Independence Day celebrations continue in a tradition IAMC has established over the last 18 years of celebrating India’s founding principles and the Indian constitution’s fundamental emphasis on pluralism and equality before the law for people of all faiths.