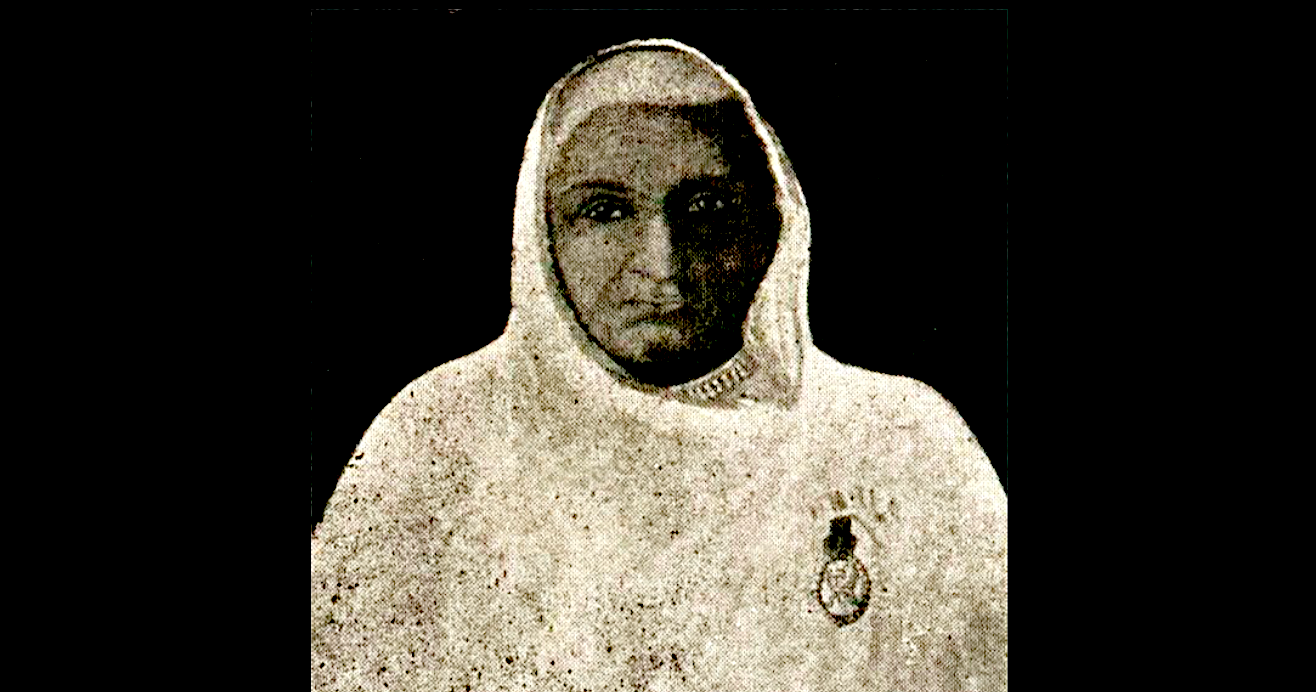 “Begum Qudsia of Bhopal had sent around two hundred thousand British pounds on her behalf and on behalf of her family members to the Ottoman Empire for the soldiers, their family members and the orphaned children,” said Dr. Omair Anas, Assistant Professor at Ankara’s Yildirim Beyazit University in an online international panel on India-Turkey relations.

Dr. Anas shed light on the Ottoman-India relations in light of Ottoman archives in the international panel organized by the Centre for India West Asia Dialogue based in New Delhi and the Asia Pacific Research Centre based in Ankara on Tuesday.

He highlighted the relations between the Ottoman empire and different Muslim rulers in India. He emphasized that the Ottomans did share not only good relations with the Mughal rulers but also with other Muslim rulers, especially with Tipu Sultan, Nizam of Hyderabad, and the Nawabs of Rampur and Bhopal in India.

‘We have to build our understanding of Turkey based on these contributions and information that will shape our contemporary understanding and it is going to help elevate the level of love and respect for each other in bilateral relations between India and Turkey,’ Dr. Anas added. 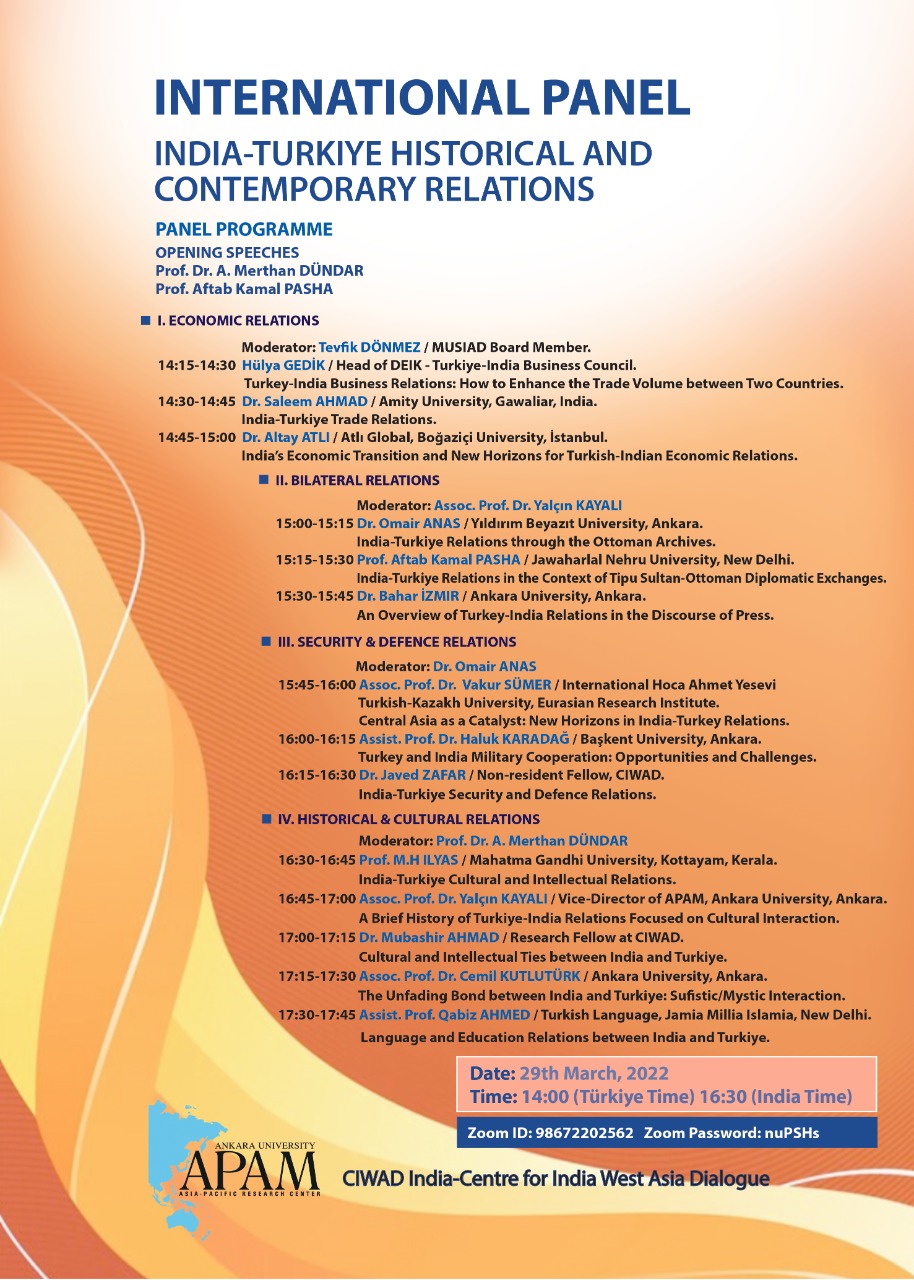 ‘Tipu Sultan, the ruler of the Mysore region of India learned about modernizing the infrastructure when his delegation visited Istanbul and many parts of the Ottoman Empire’, said Prof. Aftab Kamal Pasha, Professor at Jawaharlal Nehru University, India.

Prof. Pasha was illuminating on India-Turkey relations in the context of Tipu Sultan-Ottoman diplomatic exchanges.

Prof. Pasha further said that Tipu Sultan had reached out to the Ottomans as he was not recognized by his neighbor rulers, which helped him get recognition and favor of the Ottoman Sultan. He asserted that diplomatic, political, religious, and commercial ties became important in the second half of the eighteenth century which led to the foundation of the much closer ties between India and Turkey in the subsequent period.

Bahar Izmir, Research Assistant from Ankara University, enlightened on the bilateral relations in the discourse of the Press in Turkey and India between 1923 and 1947.

‘The abolition of the Caliphate in Turkey was shocking for the Indian Muslims. They saw it as a break from tradition but later on with the efforts of modernization in Turkey began, it was seen as a model for India,’ said Izmir.

‘Women’s position in Turkey was shown as a role model to Indian women and it led to the demand for reforms for Indian women. The Turkish example was highlighted in the Indian press,’ she added.

Focusing on the civilizational and cultural interactions between the two countries, Yalcin Kayali highlighted that many ancient Indian texts and Hindu religious sculptures had been translated into the Turkish language.

‘Many commentaries and studies about Ayurveda have been conducted here in Turkey. Many medical doctors in Turkey have a special interest in Ayurveda,’ he noted.

The panel was held under the banner ‘India-Turkey Historical and Contemporary Relations’ with the participation of prominent academicians and researchers from India and Turkey. The distinguished panelists presented their papers in different sessions dedicated to economic, bilateral, security, defence, and historical and cultural relations between the two strategically and culturally significant countries, India and Turkey.