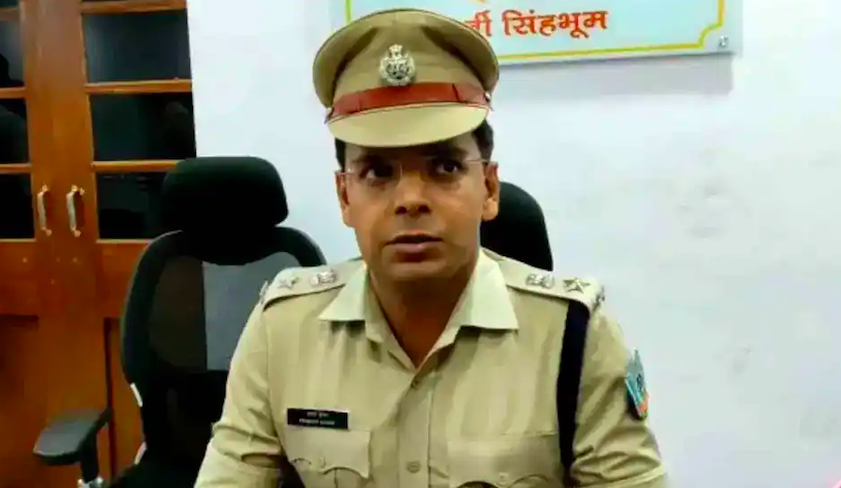 The Indian Police Service (IPS) Officers and the men and women under their command fight crime to keep our beloved India safe. There will be black sheep among the police too. What is heartening to note is that the police is serious to purge criminal elements from their midst too. Smart Jamshedpur Senior Superintendent of Police Prabhat Kumar (IPS)’s brilliant investigative team has solved a triangular love affair – triple murders case in six days! The Jamshedpur Police did not hush up the case to save their own police driver – the alleged triple murderer.

You may give your heart to someone. But do not wear your heart on your sleeve to give it to anybody and everybody who comes along the way. The shocking triple murder involved a lady constable at Golmuri Police Line on a deadly night of 19th July 2022. It was a result of an alleged triangular love affair. The police have solved the mystery behind the murders of the lady constable Sabita Hembrom, her daughter, and her mother by arresting a police driver Ramchandra Singh Jamuda on Monday. Jamuda was arrested from his house at Sonari.

The gear lever used in committing the alleged murders and also two cellphones have been seized by the police. The arrested police driver was sent to Ghaghidih Central Jail on Monday evening. Revealing the sensational breakthrough, SSP Prabhat Kumar disclosed that Jamuda (43) allegedly entered into a relationship with Sabita Hembrom after she had joined the police department in the year 2016 on the compensatory ground following the death of her husband Kailash Hembrom.

The triple murders are a catastrophic result of Jamuda’s loss of self-control, who is already married. Jamuda reportedly used to visit his lover Sabita’s residence at the Golmuri Police Line regularly. As they moved ahead in life, he was flabbergasted to know that lady constable had fallen for someone else also. As he came to know about the alleged two-timing of his lover, he decided to eliminate Sabita, disclosed Prabhat Kumar while addressing media men.

The SSP Prabhat Kumar shared details that having resolved to kill his rival, Jamuda had gone to Sabita’s residence on 19th July night and stayed there. “During the stay, Jamuda had a fight with Sabita over the love triangle issue. As the argument heated up, Jamuda got intensely passionate and started hitting Sabita with a gear-lever made of iron. On witnessing her mother being assaulted, the lady cop’s 13-year-old daughter tried to save her. Sabita’s elderly mother also came to rescue her, but the agitated Jamuda killed all the three one after another and fled the scene after locking the door of the residence,” he narrated.

After killing the three, Jamuda was perhaps as cool as a cucumber. After returning to his Sonari house, he even attended his driving duty on Friday. SSP Prabhat Kumar commended the team of efficient police officials who detected and arrested the killer by taking the statement of the neighbors and also taking technical support from the SSP office.

Perhaps, Jamuda the police driver was driven by madness at his lover’s betrayal. Jamshedpur is like a hot potato to handle with the increasing crime graph. But the talented SSP Prabhat Kumar, who just took over his new posting in the middle of this month has already expressed his resolve to fight crime and bring down the crime graph.

Betrayal, two-timing, and triangular love affairs are the favorite themes of Bollywood. So, is Jamshedpur Files in the offing? Lovers seem to find the answers to their love affairs’ culmination elusive. They still go about humming:

The problem with Jamuda was that he fell in love. So, do not fall in love, but rise in love!