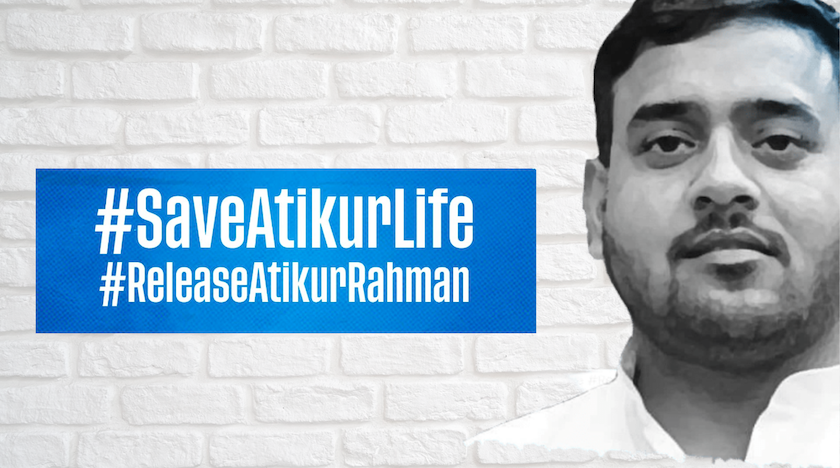 Rahman, a prisoner of conscience since his arrest on false charges two years ago in Uttar Pradesh state, has become partially paralyzed, facing severe impairment in the movement of his right hand and leg and struggling to recognize people.

According to the medical reports accessed by IAMC, Rahman was taken to King Georges’ Medical university in Lucknow, where the doctors referred him to the neurology department for specialized treatment. But, instead, the police sent him back to his prison cell.

He has been falsely charged under the draconian Unlawful Activities (Prevention) Act (UAPA) which is widely abused across India against Muslims, human rights defenders, and critics of Prime Minister Narendra Modi’s Hindu supremacist federal government.

Since 2020, Rahman has been repeatedly denied judicial relief despite suffering from cardiovascular ailments.

After a lengthy court battle last year, Rahman was allowed to undergo heart surgery at the All India Institute of Medical Sciences (AIIMS). Ever since, his health has further deteriorated primarily due to the lack of post-surgery medical care in prison.

“Activist Atikur Rahman’s life is hanging by a thread. He should be given proper medical care as part of life-saving measures and protection of his basic human rights granted by the Indian constitution and international human rights law,”  said IAMC President Syed Ali.

“If Indian authorities continue to deny urgent medical care to Rahman, he could potentially become the next Stan Swamy.”

Swamy, an 84-year -old human rights defender, was arrested in 2020 under India’s stringent antiterrorism laws and imprisoned in inhumane conditions, including being denied medical care and a straw to drink from despite having Parkinson’s disease. Swamy died on July 5, 2021, after contracting Covid-19.

“Denying medical care has become an easy way for Prime Minister Narendra Modi’s government and the states ruled by his party to silence dissent and murder dissenters without any accountability,” said IAMC Executive Director Rasheed Ahmed.

IAMC calls on the Indian Supreme Court to take the suo moto cognizance of Rahman’s case and immediately release him on medical grounds.

IAMC also urges the court that all those jailed with him under politically motivated charges, including journalist Siddique Kappan, be released immediately.