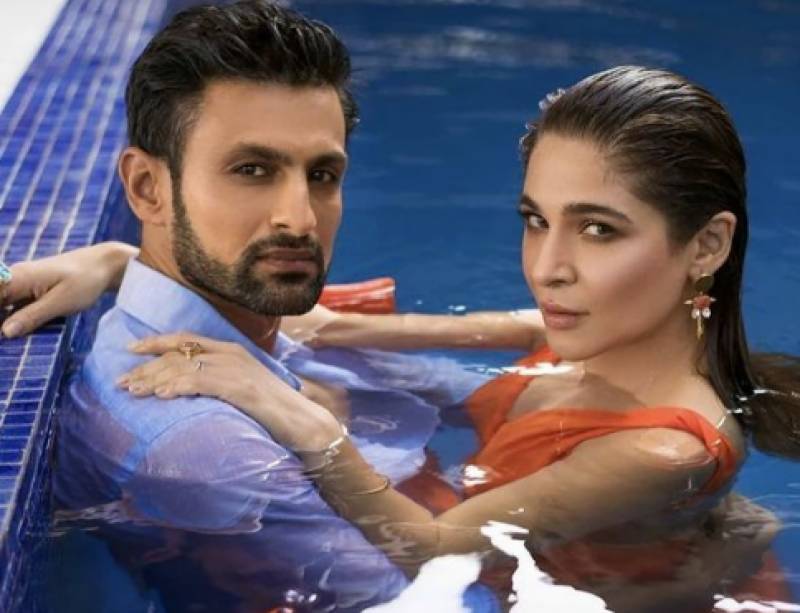 Is Shoaib Malik Bowled by Ayesha Omar’s Googly Planning to Send Marriage with Sania Mirza over the Boundary?

Pakistani cricketer Shoaib Malik seems to have crossed the boundary! All cricketers send the ball crashing across the boundary. But Shoaib appears to be lofting marriage with ace Indian Tennis star Sania Mirza across the boundary after being bowled a googly by a Pakistani actress, singer, and painter Ayesha Omar. Shoaib and Ayesha have been painting the town red since their shoot for a modeling assignment last year. The twice – married Shoaib has a roving eye and wears his heart on his sleeve.

Sania Mirza was so much head over heels in love with Shoaib Malik that she could see no Indian youth worthy of her for marriage. Sania’s marriage to Shoaib was after Shoaib’s messy divorce from one Hyderabadi girl Ayesha Siddique in 2010. It may be recalled that Shoaib Malik was entangled in a police case filed by his first in-laws in Hyderabad over his plans to wed Sania Mirza. The Hyderabad City Police seized his passport to ensure that he did not leave Hyderabad during the investigation. Ayesha in her complaint had alleged that Shoaib married her in June 2002 and accused him of subjecting her to cruelty by denying reportedly that the wedding had taken place and he was trying to marry another woman (Sania Mirza). A Muslim community elder S. G M Quadri mediated successfully to ‘resolve’ the issue amicably. The police case was withdrawn by Ayesha.

Interestingly, Sania is from the Arabic word Saani, which means the second one. As fate would have it, Sania became the second wife of Shoaib Malik. Perhaps, Shoaib is not satisfied with his second innings too. There are no retirement plans and marriage appears to be a game for him. The sizzling chemistry between the Pakistani actress Ayesha Omar and Shoaib has been the talk of the town. In a television interview, Shoaib disclosed that Sania had not reacted to the modeling video of Shoaib and Ayesha as if it did not exist. Perhaps, Sania felt cheated and let down. She went into a shell. There are rumors that Sania and Shoaib are living separately and co-parenting their 4-year-old son Izhan Mirza Malik. Recently, Sania gave went to her feelings albeit discreetly.  This Friday, she shared a cute photo with the lovely Izhaan and wrote, “The moments that get me through the hardest days.” Is Sania referring to what she is going through in her personal life? Has Shoaib given her those ‘hardest days’? Recently, Shoaib and Sania celebrated their son Izhaan’s 4th birthday together in Dubai. While the lanky cricketer shared several photos from the bash, Sania did not post any pictures from the birthday party on her Instagram account. In a recent cricket show — Ask the pavilion, Pakistan pace spearhead Waqar Yunus was taken aback when Shoaib expressed his ignorance about Sania’s tennis academies and their location. Yunus ‘waqared’ him with a bouncer: What sort of husband are you? When there is so much gap between the bat and the wicket, it is dangerous for the wicket of marriage!

Hopefully, Shoaib –Sania work on their script again and rekindle romance for a new healthy relationship. Izhaan Mirza Malik’s future is at stake. Is Karma haunting Sania Mirza? There is no let-up. Some people opine that the way Sania snatched Shoaib from Ayesha Siddique is being avenged through Ayesha Omar.