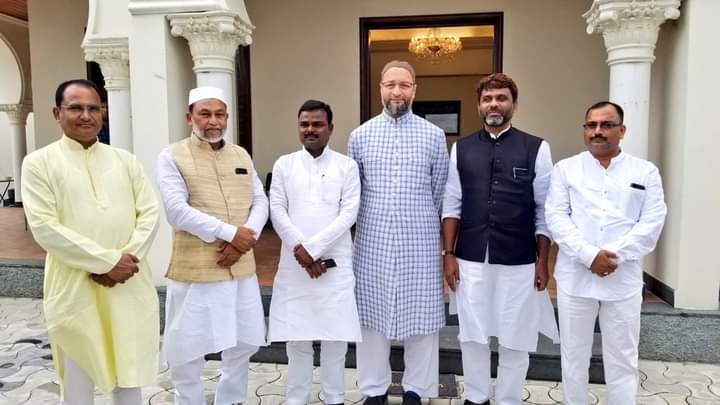 The National Democratic Alliance (NDA) led by Chief Minister Nitish Kumar rode back to power with a razor-thin majority in the Bihar Legislative Assembly elections despite a stellar performance by Tejashwi Yadav -led Rashtriya Janata Dal (RJD) and the Grand Alliance. The Bharatiya Janata Party (BJP) leader and India’s most divisive and polarizing figure Narendra Modi communalized the campaign yet again with Ram Mandir, the militant slogan Jai Sri Ram, etc. The BJP reaped the communal harvest and left behind the Janata Dal (United) to become a senior partner now. The Congress was summarily rejected by the voters with its worst performance and strike rate of just 25 percent even though it contested and wasted 70 seats. This made the Grand Alliance lose power by a whisker. The Leftists made the right moves with an impressive performance. Chirag (Paswan) blew out his own Lok Janshakti Party (LJP) with the worst drubbing but not before sending the JD (U) in a pall of gloom!

Congress’ violent threat to the All India Majlis Ittehadul Muslimeen (AIMIM) chief Asaduddin Owaisi boomeranged. The Congress candidate from Amour Assembly constituency, Abdul Jalil Mastan in the presence of Congress’ ‘prince charming’ Rahul Gandhi at a rally threatened to ‘break arms and legs of Asaduddin Owaisi and send him back to Hyderabad!’ On the contrary, Asaduddin Owaisi succeeded in breaking the political arms and legs of the Congress when the AIMIM candidate from Amour, Akhtar ul Iman put the six-time Congress legislator Abdul Jalil Mastan on the mat and snatched victory by a huge margin. Akhtar, who is AIMIM Bihar unit chief bagged 61,579 votes (55. 85%). JD (U)’s Saba Zafar secured 25, 525 votes (23. 15%). Congress’ Abdul Jalil Mastan suffered a humiliating defeat and was relegated to third place. The third class fellow got just 12,714 votes (11.56%). What a fall from grace! The voters rejected the violent language of threat by Mastan resoundingly. What is surprising is that Rahul Gandhi did not stop Mastan and admonish him though he was seated on the stage at the rally.

The political discourse has gone down further in Bihar. Nitish Kumar was punished by the voters, who handed him fewer seats after he made personal attacks on Rabri Devi and Lalu Yadav for ‘producing 8 – 9 children.’ The voters saw to it that Nitish Kumar could not produce as many seats like the previous election. The results could have been in favour of the Grand Alliance but for two major mistakes. First, Congress – a dying party was given 70 seats! The Congress lost badly in a one-to-one fight against the BJP and the JD (U). Second, the RJD did not show any interest to strike an alliance with the AIMIM though Asad Owaisi himself and Akhtar ul Iman tried to stitch an alliance eight months ago. Perhaps, Tejashwi Yadav’s youthful arrogance cost him power! Hopefully, he realizes sooner the better.

You can hate Asad Owaisi but you cannot ignore him! The Congress spokesperson Pawan Khera was cut into pieces like Kheera (Cucumber) by Asad Owaisi on India Today analysis after he accused Asad Owaisi of radicalizing Muslims! Asad Owaisi asked Khera and Congress to introspect about the loss instead of blaming him. He asked why did the Congress lose in Madhya Pradesh, Gujarat, and Karnataka, where AIMIM did not contest the polls? Asad Owaisi tore into Khera and thundered as to who were radicalizing? Asad Owaisi asserted that Congress is drinking milk sitting in the lap of Shiv Sena in Maharashtra and buried secularism. He pointed out the violence unleashed by the Congress in Amour constituency in Bihar, where AIMIM cadres were attacked and a car burnt down. There was no violent response from AIMIM to this violence. Who is radicalizing then? — roared Owaisi. Rajdeep Sardesai was gleefully smiling at Asad Owaisi’s ferocious mauling of Pawan Khera.

Asaduddin Owaisi’s party did not get 5 seats out of nowhere. The AIMIM was on the ground for 5 years. Asad Owaisi and AIMIM Bihar in-charge Majid Hussain regularly went to Seemanchal and other areas in Bihar to connect with the masses. Asad Owaisi raised the demand for the formation of the Regional Development Council for  Seemanchal. BeyondHeadlines had reported this on 16th April 2019.

By winning 5 seats for Majlis, Asad Owaisi has been able to highlight the backwardness of Seemanchal and made all the political parties sit up and take notice. He has successfully highlighted that there are no educational and health facilities in Seemanchal. There is no degree college. The farmers suffer cut in their lands after floods every year. There is no infrastructure worth the name.

Kishangunj Assembly constituency was lost by sitting Majlis legislator Qamrul Huda as the people, perhaps, thought that the Grand Alliance may come to power and it is better to have a legislator from the ruling alliance. Congress candidate Izhar ul Hussain won the seat. He polled 37, 500 votes (37. 12 %) against the second-placed BJP candidate Sweety Singh, who polled 28, 772 (28. 48 %). Majlis’ sitting MLA Qamr ul Huda polled 24, 181 votes (23. 94 %). Asad Owaisi said the party will introspect as to what went wrong in Kishangunj? It is significant to note that Hindus overwhelmingly voted for BJP in Kishangunj! The problem arises for so-called secular parties when Muslims vote for a Muslim candidate of their choice.

Meanwhile, all the newly elected Majlis legislators from Bihar made their way to the City of Pearls — Hyderabad, to tell their party chief that Seemanchal is shining too with 5 new pearls in the crown of Majlis. The legislators thanked Asaduddin Owaisi when they met him at his palatial residence —Al Siddiq at Shastripuram in Hyderabad.