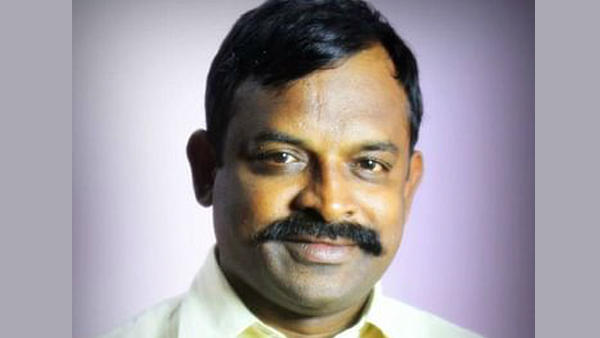 The Bharatiya Janata Party (BJP) leaders dreaming for a share of the power pie after the elections to the Tamil Nadu Legislative Assembly elections shortly seems to have unleashed their hate campaign against Muslims and Prophet Muhammed (Peace Be Upon Him).   On Monday, the Mettupalayam police arrested Former National Secretary of Bharatiya Janata Mazdoor Mahasangh (BJMM) and BJP State working committee member Kalyanaraman. He was arrested with two others for his hateful and inciteful comments against the Muslims and the Prophet. The statements were allegedly made at a BJP rally on Sunday. Jagannathan, the Coimbatore north district president of BJP, and Satheesh Kumar, the party’s divisional secretary have also been arrested along with the hate-monger Kalyanaraman.

According to TNM, a video doing the rounds from the event shows Kalyanaraman making claims that Hindus in Gujarat’s Ahmedabad had bunkers to hide in because they were afraid of Muslims attacking them and insinuating that this fear was banished in 2002 after the violent riots. He further went on to question the ‘Manhood’ of Prophet Mohammad, a statement he has made in the past too, for which he was arrested and sent to jail in 2016. This time Kalyanaraman’s arrest was due to the fact that his statements incited violence in Mettupalayam town.

The TOI has reported that the arrest itself took place after a tense situation prevailed in Mettupalayam at the public meeting. The Social Democratic Party of India (SDPI) members who heard the statements being made at the venue began to throw stones and wooden logs, enraged over the alleged insult to the Holy Prophet (PBUH) and the Muslim community. About 500 policemen were reportedly deployed after SDPI members allegedly pelted stones at the meeting. The BJP meeting itself had been organised to condemn an SDPI rally in support of the farmers’ protest on January 26. The SDPI men who were at the BJP meeting alleged that Kalyanaraman had insulted Prophet Muhammad (PBUH). When violence broke out, the police had to resort to mild force to disperse the gathering and to arrest those responsible.

It may be recalled that Kalyanaraman has been spewing hate against Muslims, Prophet Muhammed (PBUH), and the Holy Quran since 2016.  On 7th January 2016, Kalyanaraman allegedly spilled hate on his Facebook wall. In his post, he ranted, “Hide and when the time comes to attack,’’ that’s Islam’s attacking strategy. On the contrary, the Hindu war strategy involves “Dharma” and that is just. Nobody has taught these terrorists to think in a masculine way. These coward terrorists went and attacked when their opposition couldn’t defend themselves. They just follow these coward war strategies in Quran. This is what happens when you blindly follow a foolish book.” Kalyanaraman was in jail for this hateful post. He walked away free to hurl abuses at Muslims, Islam, Quran, and the Prophet (PBUH) time and again. This is because no deterrent punishment was given by the law.

Speaking to the media, Mettupalayam police inspector Sivakumar said that Kalyanaraman’s arrest was based on several complaints lodged by several Muslim groups alleging that the three arrested persons’ speeches and comments hurt the religious sentiments of the Muslim community. “They have not mentioned one specific incident but have pointed out that these men have a history of making communally charged statements. We have arrested all three of them and slapped multiple sections of the Indian Penal Code,” added the inspector.

The accused have been booked under the following sections of the Indian Penal Code: 147 (rioting),148 (Rioting, armed with a deadly weapon),149 (unlawful assembly), 504 (Whoever intentionally insults, and thereby gives provocation to any person, intending or knowing it to be likely that such provocation will cause him to break the public peace, or to commit any other offense),506(2) (criminal intimidation), 153(a) (wanton vilification or attacks upon the religion),153(b) (Imputations, assertions prejudicial to national integration) and 269(negligent act likely to spread infection of disease dangerous to life).

Prime Minister Narendra Modi should ask the National Investigating Agency (NIA) to book hate monger Kalyanaraman under the Unlawful Activities Prevention Act (UAPA) and the National Security Act (NSA). He should direct the NIA to see to it that Kalyanaraman does not get bail but get convicted soon. How is Prophet Muhammed (PBUH)’s ‘Manhood’ connected to the Tamil Nadu elections? Elections will come and go but peace and communal harmony must not be disturbed at any cost. Will Narendra Modi speak in his Mann ki Baat about putting a stop to the hate campaign by these extremists who are the enemies of the nation?