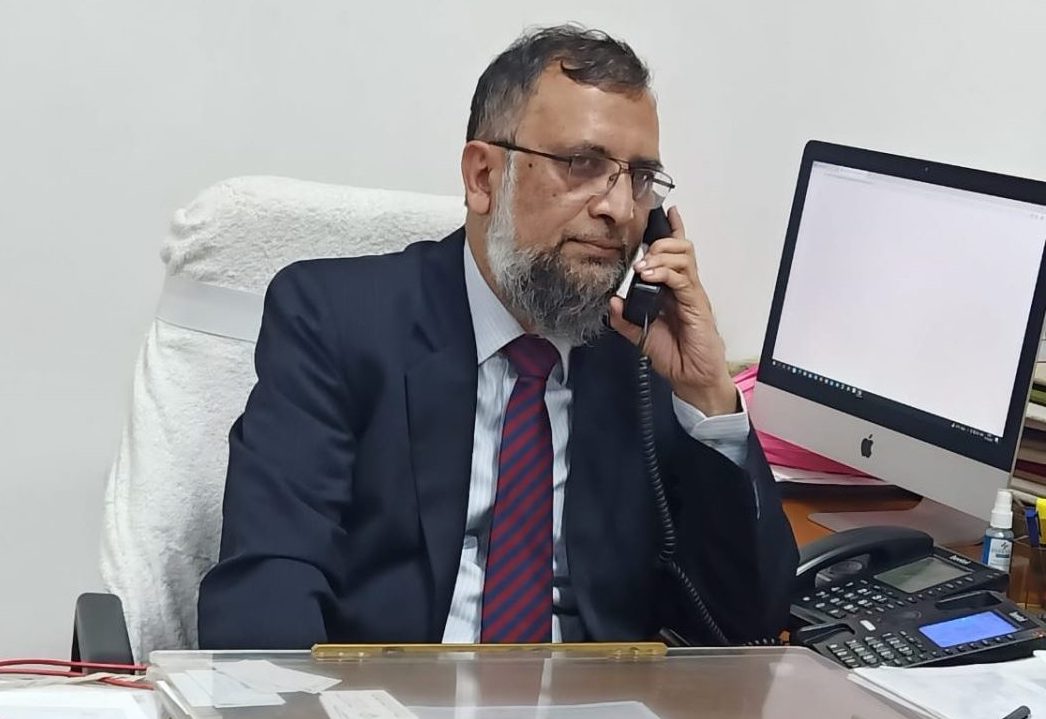 Amir Subhani, a resident of Siwan district, did his post-graduation in statistics. He will remain in this prime post till 2024. His job is till 30 April 2024. So, Amir is not going away till the Lok Sabha elections are done and dusted. He is an honest officer who is known for working at a fast pace. In the past, he has worked with Nitish Kumar as the Principal Secretary of the Home Department. His specialty is that he has never been engulfed in controversies. Amir Subhani is the first Muslim Chief Secretary of Bihar. He has a corruption-free record.

The state and central BJP leaders tried to oppose Amir and put stokes in his appointment as they see BJP at a disadvantage leading up to the 2024 Lok Sabha polls. The BJP’s game plan to up the ante against Nitish Kumar and dump him by 2023 cannot materialize now. The BJP’s politics of ultra polarization and calls of Muslim Genocide by Hindutva extremists like Narsinghananand and Annapoorna will not be allowed a free run in Bihar, according to this new subtle message given to its ally – the BJP. It is for the first time in the NDA government’s history that a Muslim is appointed as the Chief Secretary. Nitish Kumar seems to be preparing for a bigger role for the 2024 elections. He wants to be a compromise candidate to lead the opposition for Lok Sabha elections as Congress leader Rahul Gandhi and the Trinamul Congress leader Mamata Banerjee are at loggerheads and pushing their respective candidatures.

It is not just the IAS officers, the Bihar government has also transferred IPS officers on a large scale. East Champaran Superintendent of Police (SP) Navin Chandra Jha has been eclipsed or removed. Darbhanga SSP Baburam is appointed the SP of Bhagalpur. Samastipur SP Manav Jeet Singh Dhillon is the new SSP of Patna. Jamui SP Pramod Kumar Mandal takes over as the Superintendent of Railway Police, Patna. Begusarai SP Awakar Kumar will be the SP of Darbhanga. Kishanganj SP Kumar Ashish is transferred as the new SP of East Champaran. Dr. Inamul Haque Menganu, Assistant Director of Bihar Police Academy, Rajgir, is appointed as the SP of Kishanganj. Muzaffarpur City SP Rajesh Kumar will be the new Superintendent of Police, Madhepura. Jayanagar SDPO Shaurya Suman is appointed as the SP of Jamui.

Nitish Kumar seems to have started playing his political cards to checkmate the BJP and at the same time give sleepless nights to the Rashtriya Janata Dal (RJD) by playing the Amir Subhani card. The Bihar administration under Amir Subhani may help in an image makeover for Nitish Kumar and the Janata Dal (United). Surely, the people of Bihar need a hard-working and corruption-free administration.

Amir Subhani is the Zil -e- Subhani (a shadow of the Almighty) of Bihar!