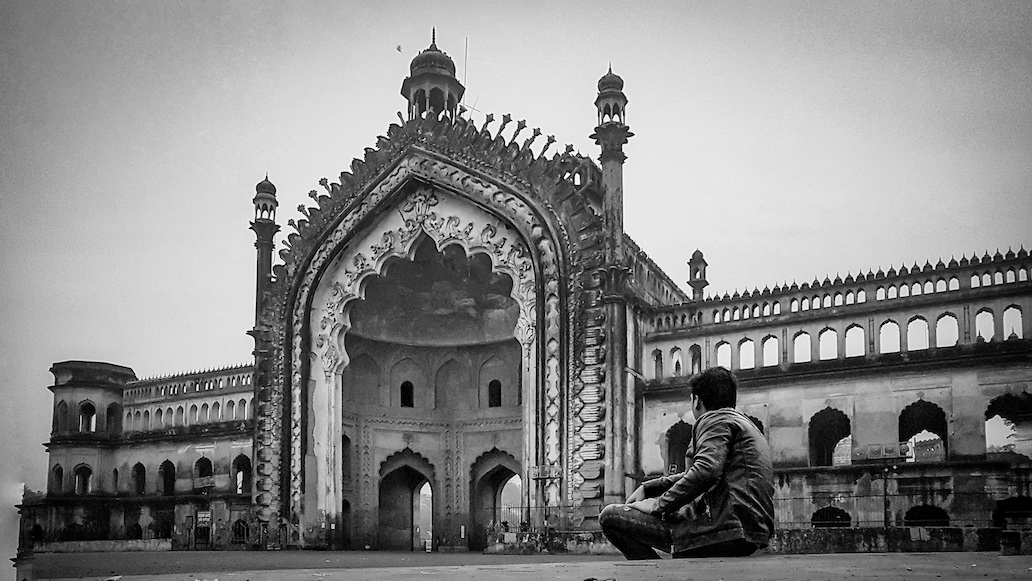 The Archeological Survey of India (ASI) has finally begun the much-awaited restoration work on the iconic Rumi Darwaza in Lucknow to plug cracks and strengthen the more than two-century-old Nawab Asaf -ud- Daula era structure. It is located in the historical Hussainabad area of Lucknow, the capital of Uttar Pradesh. It is one of the most popular tourist hotspots in the city.

The Union Culture and Tourism Minister G Kishan Reddy is a highly energetic minister, who has single-minded devotion to his work. A third of the total outlay in the Ministry of Culture and Tourism, at Rs 1080.34 crore, has been allocated to the Archaeological Survey of India (ASI), which protects and conserves more than 3,600 monuments across the country. G Kishan Reddy was instrumental in this allocation for protection and conservation. The above allocation with our Hon’ble Prime Minister Narendra Modi’s interest and vision made it possible to take up restoration and conservation of heritage projects like the Rumi Darwaza in LucknowYou may or may not agree with my assessment. But, one thing is clear. The Hon’ble Prime Minister and his able Minister Kishan Reddy must be given credit when it is due to them. Political criticism of policies is a different thing altogether! It is not for this day.

The Uttar Pradesh State Convenor, INTACH, Jayant Krishna answering a query from BeyondHeadlines had to say the following:

‘Surely, it is a step in the right direction, which would ensure that Lucknow’s most popular icon Rumi Darwaza regains its former glory. Even after ASI completes its conservation, it should remain a no-traffic zone. The sanctity of the material originally used in its construction should be kept sacrosanct with no usage of cement.’

Hyderabad-based historian and heritage activist Dr. Mohammed Safiullah concurs with Jayant Krishna’s sentiments about the sanctity or quality of work. He wanted to know: ‘which is the agency undertaking the work and whether they are going to follow the strict norms of Conservation, Restoration, and Preservation as envisaged in The Sir John Marshall Conservation Manual. If the answers to the above questions are in yes, then I would have no objection or problem to the planned restoration of the Rumi Darwaza in Lucknow. If an agency like the Aga Khan Trust for Culture is engaged for restoration, then we can be assured of the quality of work. The ASI does its job fairly okay but nothing spectacular.’

‘It is imperative that every work taken up on built heritage should be of a standard that invites UNESCO Heritage recognition. Hyderabad and Telangana have a wealth of diverse monuments and structures inherited through the centuries. Similarly, the work on Lucknow’s historic Rumi Darwaza deserves attention and care of the highest standards.’

To facilitate the restoration, the movement of traffic under the 60-foot-tall structure’s three arches, especially the entry of heavy vehicles, has been banned until the restoration work is completed in about six months. The structure is a rich symbol of Uttar Pradesh and Lucknow’s glorious history. The Uttar Pradesh Metro Rail Corporation (UPMRC) has used the structure in its logo. The main arch is also used by the local artisans as a design in the famous Chikankari embroidery products.

The Rumi Darwaza has been neglected much by the different governments in power in Lucknow and New Delhi. Former Chief Minister of Uttar Pradesh Mayawati could have spent money on the Rumi Darwaza’s restoration rather than spending money on the huge elephant structures in parks. Ultimately, this proved to Mayawati’s undoing as her party the Bahujan Samaj Party’s (BSP) political fortunes were crushed under the lifeless elephants and were never resurrected! Rumi Darwaza has suffered huge damage to the parapets. The 238-year-old structure has also developed cracks in its arch, and water seepage has also been seen in its central portion, according to ASI officials. Aftab Hussain, a superintending officer of ASI, told the media that the passing of heavy vehicles caused vibrations in the structure that weakened it. “An IIT Kanpur team had also declared the structure vulnerable,” disclosed Hussain.

It may be recalled that Nawab Asaf-ud-Daula, who ruled Awadh from 1775 to 1797, shifted the capital from Faizabad to Lucknow in 1775. In 1784, he ordered the construction of Asafi Imambara (Bada Imambara) and Rumi Darwaza in the middle of a famine to ease people’s suffering and give employment to the public. To overcome the shortage of resources caused by the famine, the visionary Nawab used local bricks and lime instead of stones and marble.

Locals and foreign tourists throng the area to snap photos under the Rumi Darwaza’s main arc and at the nearby Asafi Imambara, also known as Bada Imambara. The construction of the Imambara was completed in 1794. The area is home to some other historical structures.

Russell, the Reporter of The New York Times, who accompanied the rampaging victorious British army in 1858, after the First War of Indian Independence, was mesmerized by the beauty of Rumi Darwaza. He had called the stretch of road from Rumi Darwaza to Chattar Manzil – ‘the most beautiful and spectacular cityscape that he had ever seen, better than Rome, Paris, London, and Constantinople.’

Hon’ble Minister Kishan Reddy should direct the ASI to consider the concerns of the heritage activists and see that only experienced and trained people engaged in restoration and conservation are engaged to restore in originality, the grand Rumi Darwaza — our beloved country’s marvelous and proud heritage!