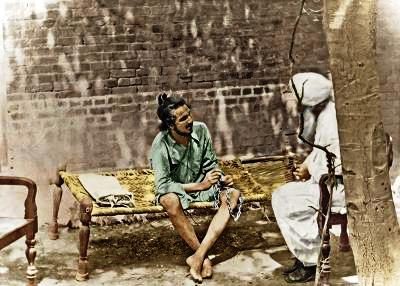 Bhagat Singh, the legendary revolutionary who the British hanged in 1931, lived and died in Lahore. India’s bloody Partition in 1947 ensured that his memory as a staunchly secular radical was washed out in a city and country that increasingly and misguidedly became Islamist. But over the last few years, a Leftist fringe has been attempting to revive the memory and relevance of Bhagat Singh, Shaheed-e-Azam, in Pakistan and especially in Lahore. Their efforts got a booster shot on Wednesday, April 11, when a leading politician of Pakistan Peoples’ Party brought before the Punjab Provincial Assembly a resolution seeking to rename a roundabout as “Bhagat Singh Chowk”. This is where Bhagat Singh was hanged. Zulfiqar Gondal, Parliamentary leader of PPP in the Punjab Assembly, has also proposed to build a monument to honour Bhagat Singh. An agriculturist by profession, Gondal is a graduate of the Pakistan Military Academy. He retired as a major in the Pakistan Army.

What is this resolution about?

I have presented the resolution on behalf of the people of Punjab asking that the name of Lahore’s Shadman Chowk be changed to Bhagat Singh Chowk, because that is the place where he was hanged to death in 1931. We will build a monument in the memory of Bhagat Singh. The resolution has just been presented and we will discuss this at length in the Punjab Assembly.

What prompted you to present this resolution?

I have hosted Bhagat Singh’s family. I have read Bhagat Singh’s work. He is my Punjabi brother who inspired me. A young man who challenged the establishment at such a young age – his courage, his passion for independence struggle is worth admiring. He was not only fighting against the ‘gore angrez’ [white English] but was against ‘kaale angrez’ [brown English] as well.

What is the relevance of Bhagat Singh in present Pakistan?

Capitalism has not solved human problems. Rather it has added to the misery. The poor have become poorer with time. The relevance of Bhagat Singh and his revolutionary ideas are very relevant for our society to fight against injustice and exploitation.

In India Bhagat Singh is hardly invoked. Recently, some people have even been arrested for being anti-national because they possessed his literature. How would you react?

Revolutionary forces are always targeted and they always have to struggle. One who is fighting for the have-nots always has to face the challenge. The ruling classes always dislike such struggle and such thought, so how can they propagate it? In both the countries the ruling classes just wants to maintain the status quo.

What will happen to this resolution in Punjab Assembly?

Certain forces are opposing it but this is not about pass and fail. Rather, it will help in educating the people about such a legend. After [the 1980s rule of former Pakistan dictator] Zia-ul-Haq, the situation has changed so much and religious thoughts dictate in such a manner that our new generation hardly knows about such personalities. Through this resolution we will communicate to the new generation about the revolutionaries and revolutionary ideas. It will create a debate in Punjab and in Pakistan.

Around 1967-68 we saw revolutionary movements in Pakistan which were not present in India. We in Pakistan never voted for the mullahs. It is the news media that shows that the mullahs have hijacked Pakistan. That is not a true representation of our society. Our Punjab is very secular and liberal, and so is our country. We use the services of the mullahs for nikaah [weddings] and burials but we don’t give them the charge to run our country.

Is Bhagat Singh significant for the present social movements in Pakistan?

The middle class has vanished from this country. The number of people living below the poverty line has increased tremendously. Goodness is not getting distributed. Rather, greater poverty is getting distributed among the poorest. This situation is providing a momentum to the Left and revolutionary thoughts and movements, and the impact is getting visible.  The have-nots are gathering, and at this very moment, the ideas of Bhagat Singh are very relevant and symbolic. The Left movement here in Pakistan is known through Lenin, Trotsky and Marx. But I want people to know that from this soil of Punjab, a genius was born who stood against the establishment. People here should know the Left movement through Bhagat Singh. (Courtesy: Newzfirst.com)