Koyal  Rana : Koyal Rana (4 January 1993) is an Indian model, dancer and beauty pageant title holder who was crowned Femina Miss India 2014 beauty pageant and she represented India in Miss World 2014 that was held in London. She did her undergraduate programme in Bachelor of Business Studies from Deen Dayal Upadhyaya College, University of Delhi. In 2014, she graduated with distinction as a business student at the University of Delhi. In 2012, she Co-founded a Non-Governmental Organisation (NGO), Moksha Foundation. She has been an instrumental part in the promotion of the organization and its activities. Her immense contribution to the cause of sanitation and hygiene led her to win the Miss Beauty with a Purpose Award at the fbb Femina Miss India pageant where she presented the Swastha Bhavishya project to a jury of renowned people.

Himadrish Suwan : Currently in University of Delhi, Himadrish Suwan (27 August 1996)-is a first year student at University of Delhi (Shaheed Bhagat Singh College) pursuing Political Science Honours. He is also a Regular Columnist, Citizen Journalist (C.J), Poet, Author, Philanthropist and Blogger for various reputed dailies and magazines. On 12th of June 2015 Himadrish was one of the youngest Indian person representing the Indian youth at the Global Opportunity Panel-2015 : Global Opportunity Network, UN Global Compact  as a panellist  on the issue of Youth unemployment and youth underemployment. Himadrish Suwan is also the National Convenor of Clean India, Glow India, an initiative by University of Delhi students for the Swachh Bharat Abhiyaan which goal to unite all the 757 Universities of India.

Mira Rajput : She needs no introduction she recently got engaged with superstar Shahid Kapoor. Mira Rajput is third year English (Honours) students in LSR (Lady Shri Ram College Delhi). Rajput is a very focused and intelligent girl who has no problems what so ever in airing her opinions. Rajput was also the 10th rank holder in the Delhi University’s CATE (Common Admission Test in English). She has completed her schooling from Vasant Valley School, Delhi. Mira also did an internship with the United Nations.

Apurvi Chandela (4 January 1993) is an Indian shooter who competes in the 10 metre air rifle event. She won the gold medal in the 2014 Commonwealth Games in Glasgow and has expressed belief she can do the same at the 2016 Summer Olympics. She studied Sociology honours from Jesus and Mary College, Delhi University. She recently won the women’s air rifle bronze and the Olympic quota place in the shooting World Cup in Changwon, Korea.

Sachi Soni : One of youngest Indians to climb Europe’s highest peak. At 21, Saachi Soni, a student of Delhi University’s IP College for women, along with two other team mates scaled Europe’s highest peak Mount Elbrus last month. With this, she became one of the youngest women of the country to achieve such a feat. Saachi went on the expedition with Arunima Sinha and Akriti Heer. Sinha, who acquired international recognition last year when she became the first woman amputee in the world to climb Mount Everest, led the team. Heer is also one of the youngest Indians to conquer the peak. 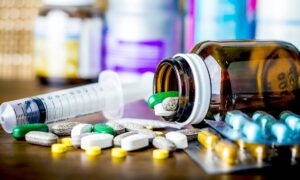