One thing common among most authoritarian states in West as well as in East is that the ‘dissenters’ are seen as a threat to the establishment; hence, labeling them ‘extremists’ serves the authoritarian purpose. Being critical of the policies of the states become extremism. The policies adopted by most of these states lead to reinforcing the negative stereotypes about Muslims, as a result of which Muslims themselves do self-censoring.

‘Islamophobia’ is not a new term, neither is it a post 9/11 phenomenon as commonly thought. But ‘Domophilia’ as a concept is new. This term is coined by Prof Irfan Ahmad, Senior Research Fellow at The Max Planck Institute for the Study of Religious and Ethnic Diversity, Göttingen, Germany.

In his recent TEDx talk titled ‘Twins Unknown: Islamophobia and Domophilia,’ organized by the University of Göttingen, Germany he explained the complex intimacy between Domophilia and Islamophobia.

He begins his talk by sharing his experience that how public scholars like him have to deal with Islamophobia. In an interview that he gave to Huffington Post, he described the public lynching of Muslims and Dalits as ‘acts of terror’. While many appreciated his perspective, others attacked him with Islamophobic abuse. He was labeled a terrorist, Islamist, jihadist, communist, secularist, anti-national, anti-Hindu, traitor, scoundrel, and more. “These labels are stark examples of both Islamophobia and domophilia in the present we all inhabit”, says Irfan Ahmad.

Islamophobia and the New World Order

Prof Ahmad argues that Islamophobia emanates directly from the need for a new enemy of the New World Order.

To make his point, he quotes Samuel Huntington, who wrote in “the Clash of Civilizations” that “the underlying problem for the West is not Islamic fundamentalism. It is Islam” and “Islam has bloody borders.”

Prof Ahmad explains that the end of the Cold War meant the death of the enemy, which during the Cold War was Communism. He argues that with the death of Communism as its prime enemy, the West needed a new enemy which the new world order, announced in 1991, fashioned it in the figure of ‘Islam’.

Prof Ahmad observes, “the contention that Islamophobia is integral to the New World Order should be seen to the notions of home-making and love for home.” By the love for home, he means love for the nation – a love that borders on mania and is often pitted against an enemy or a series of enemies that most nation-states are built on.

Prof Ahmad argues that Islamophobia goes hand in hand with love for liberal-democratic nation-states, which he terms as domophilia.

“This notion of home/nation, and the coercive demand to love home informs the politics of Islamophobes such as Geert Wilders, Marine Le Pen, Donald Trump, Narendra Modi, and several others”, contends Prof Ahmad.

According to him, this fantasy of the nation is driven by the idea of a pure, cozy home, which the heart is made to long for. Therefore, the nation as a home is unthinkable without its “other”, internal as well as external.

“The opposite of domo i.e., home, is the outsider or stranger called foris. The derivative domi in Latin means peace and is contrasted with militiae, meaning war. What connects home and outside is war,” he argues using linguistic and historical sources.

Citing the example of how Muslims are treated in India, he reminds us that the label of anti-national, deployed mainly against Muslims, serves the same purpose. “Anti-nationals are all those who do not love and worship India as a Hindu home.” 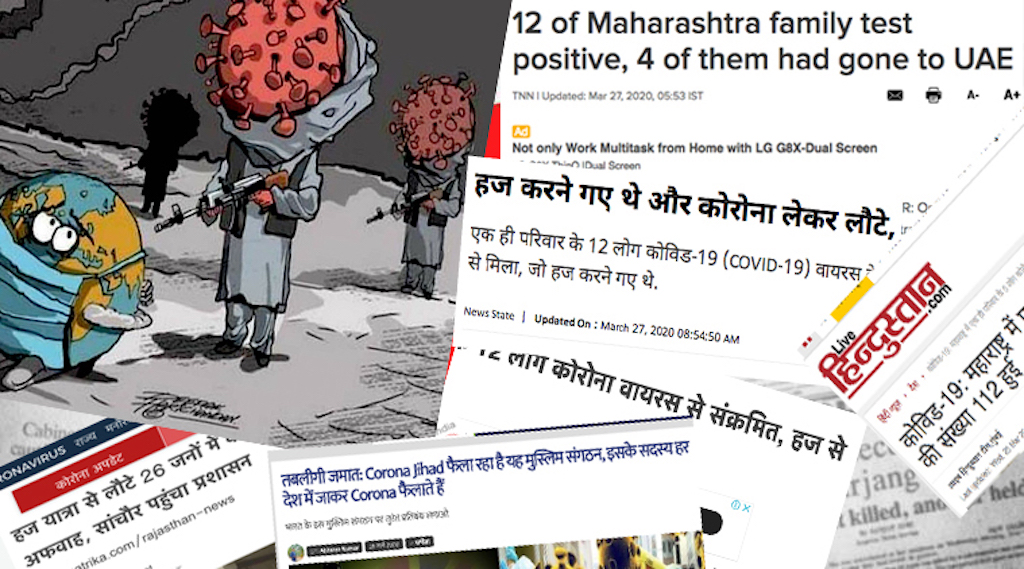 In Prof Ahmad’s view, knowledge and disciplines have also become nationalists, manifest for example, in the names of some famous journals: Australian Journal of Political Science, British Journal of Sociology, German History, American Anthropologist, Contributions to Indian Sociology. Instead of historicizing and sociologizing the nation-state, under the impact of nationalism disciplines like  History and Sociology themselves became nationalists.

Even air, so basic to us all as humans to breathe, he argues, stands nationalized as evident from the names of airlines like Air France, Air India, British Airways, and Turkish Airlines.

So, what is the alternative to the ever-increasing phenomenon of Domophilia and the obsession with home?

Prof Ahmad proposes the idea of a hostel.

He argues that unlike in a hotel there is a sense of solidarity and sociability in a hostel.

“I have spent nearly one-third of my life in hostels. I relish my time lived in hostels and feel attached to them. In short, my alternative of hostel is close to what anthropologist Arjun Appadurai describes as post-national belonging,” observes Prof. Ahmad.

Islamophobia and Domophilia in Indian Context

However, unlike Prof Ahmad’s argument about the deep connections between Islamophobia and Domophilia, many ‘liberals’ and ‘seculars’ in India believe that Islamophobia is a creation of “Islamist” and “Muslim apologist” scholars. Though they do not completely deny the existence of  Islamophobia, they maintain that it is somewhat exaggerated and entangled with the ‘victimhood politics’.

We talked to people from different walks of life to invite their opinion on ‘Islamophobia and Domophilia’ debate.

As is the case, in India no conversation on Muslims is complete without discussing Partition. So, it figures in discourses on Islamophobia too.

Afreen Fatima, a student activist, largely agrees with Prof Ahmad’s analysis. She sees Domophilia as similar to ultra-nationalism, which makes Muslims the ‘other’ and ‘foreigner’.

“Ultra-nationalism attempts at othering the Muslims and does not see them as a part of their home. There is still a pervasive feeling that Muslims are not original inhabitants of India and that they are descendants of Mughals. Not just this, Muslims are often told that they belong not to India but to Pakistan, which was created for Muslims.”

“However, there are different origins of Muslims in India: while some of our ancestors converted to Islam from different religions, others came from different parts of the world. But the idea persists that naturalization of Indian Muslims has not happened properly even today,” remarks Fatima.

“When you run out of an enemy, you find a new enemy; Muslims are the prey of the same hatred which existed before us. Earlier the xyz was an enemy but now this is us. It is not going to end with us. Once they are done with Muslims, they will find new enemies as hate knows no end,” she adds in a manner predicting the future.

Dr. Mohammad Reyaz, an Assistant Professor at Aliah University, Kolkata, uses the term “securitization”. He argues that disciplines like political science, international relations, and foreign policy have been securitized.

He points out how the army and border issues are used to silence the dissenters. He quotes one of the popular catchphrases by the comedian Kunal Kamra, “Siachen mein hamare jawaan lad rahe hain,” to explain how ‘communal politics and national security have been merged now’ in the post 9/11 era in India and how the catchphrases are used to hide the failures of the government. In India, it started with demonetization.

Like Prof Ahmad and Afreen do, he asserts that Islamophobia very much existed before 9/11 but afterward the states only got an excuse to justify it.

When viewed from the lens of securitization, political issues become only urgent security issues,  labeled alarmingly as ‘dangerous’, ‘menacing’, ‘threatening’, and so on.

Dr. Reyaz reminds us how the anti-CAA protestors who were protesting to save the Constitution and demand their Constitutional rights were portrayed as a threat to ‘national security’.

‘Every policy is now linked to national security. Perpetual security threat is created by the state to justify its weaknesses and failures,’ observes Dr. Reyaz.

The chargesheets against Umar Khalid, Khalid Saifi, Tahir Hussain, and others can be understood within the ambit of securitization theory. In this theory, they allegedly wanted to defame India during the Donald Trump visit. Interestingly, and ironically, the NE Delhi riots or pogroms have been linked with anti-CAA protests.

The demonization of Tablighi Jamaat during the unprecedented COVID-19 induced Lockdown in India revealed Islamophobia and it’s relation to securitization. Our media took no time in referring to Jamaatis as carriers of “corona bomb”. An individual becomes a potential “bomb” which makes it super easy for the state machinery to arrest and call him/her a “terrorist” and subsequently arrest and torture them.

On the tendency of criminalization of the victims, particularly Muslims, Tamanna Pankaj, a lawyer and Human Rights activist says, “If we look at the record of riots/pogroms in India, victims have been mostly Muslims since the independence.”

She cites the example of North East Delhi riots and says that those who are worst affected and devastated by the riots are being prosecuted and arrested. The lives, properties and businesses of Muslims have been targeted, yet the chargesheets have been filed against the victims themselves. But she says that the death records still can’t be changed.

Pankaj further notes that “the Supreme Court could have taken suo motu and these records of loss of lives and properties could have been taken up and analyzed by the court but it has failed the minorities of our country.”

She says that the Delhi police has clearly shown its Islamophobic attitude at the time of anti-CAA protests and Delhi riots. “Police officers were telling Muslims that this is not your country. I don’t think there can be a better example of Islamophobia than this, ” opines Pankaj.

Disagreeing with the analysis of Prof Ahmad, Dr. Krishnaswamy Dara, an Assistant Professor at Jamia Millia Islamia, says, “Why loving nation-state is problematic and not loving your religion? If Domophilia is problematic, then, Islamophilia is equally wrong.”

He calls for critically evaluating the stance of “victimhood”.

“Jinnah and Muhammad Iqbal created tension between Islamophilia and domophilia which left Muslims in a dilemma to choose between the religion or land.”

On hostel as an alternative to domophilia, he says that hostels are even more communal.

“You don’t live there [in hostels] with your family members. Yes, you develop friendship and there’s a culture of sharing too. You get a common kitchen. But you don’t get to eat what you want because there is communism. There are problems in a home too. But hostel can never replace a home. In a hostel, people come closer (grouping) on the basis of religion, caste and region which creates a divide between them,” adds Dr. Dara.

He gives an example of how Muslim women insist to wear burqa in countries like Canada.

He says that any criticism of Islam becomes Islamophobia and that Islam is not as tolerant of critical thinking as Christianity is.

The reasons for the Denial of Islamophobia

As for the denial of Islamophobia, activist and JNU student Afreen Fatima refers to a conversation she had with a JNU Professor who held that Islamophobia was not yet a significant phenomenon in India.

“They mean that we Indians haven’t reached that level where Hijab is forcefully taken off and Muslim women barred from traveling freely. They are, therefore, waiting for this to happen”, Afreen observes grimly.

According to Afreen, there are two reasons for denying the existence of Islamophobia:

—They [‘liberal-secular’ intelligentsia] are not experiencing it first hand; so, they don’t understand it in the first place.

—They have their secure space where they live happily, with their identities and lifestyles un-challenged and un-threatened. “As far as it does not affect them directly, they do not want to speak out against it.”

Fatima says, “if one has an Urdu name, no matter what ideology or faith one believes in, no matter which ‘ism’ one is following, one will have to face problems and he or she will be attacked. It says a lot about Islamophobia.”