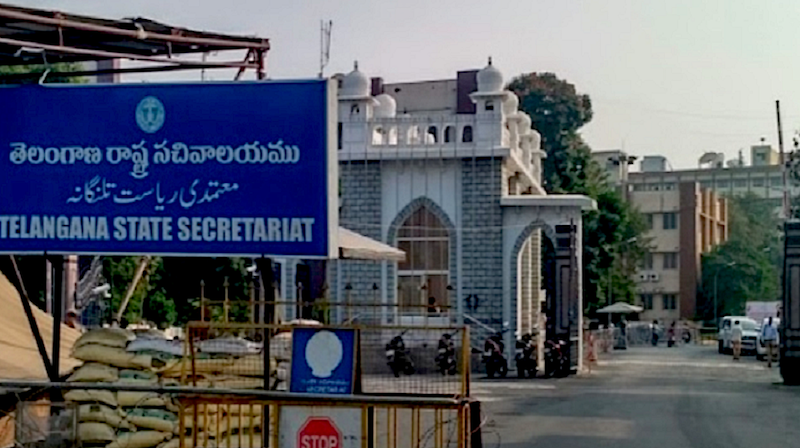 A meeting of Muslim Personal Law Board members, Muslim scholars, and representatives of Muslim organizations was held in Hyderabad. The meeting presided by former judge of Supreme Court, Justice Syed Shah Mohammed Quadri, on Sunday, August 16th at Darul Uloom, decided to give a 2-week ultimatum to K. Chandrasekhar Rao Government in Telangana to reconstruct the demolished mosques at the Telangana State Secretariat or handover the land of the two mosques to Muslims for rebuilding the mosques at the same sites. This was disclosed by Maulana Khalid Saifullah Rahmani, secretary, All India Muslim Personal Board.

The issue of demolition of secretariat mosques and their restoration was discussed during the meeting. The leaders expressed their anger over the demolition of the mosques. The leaders unanimously declared that as per Shariat (Muslim Law), any piece of land endowed for mosque remains a mosque forever. Waqf Board cannot change its status. The Muslim religious scholars clarified that even if the offering of prayer is stopped in a mosque then also it will remain a mosque and will remain so till the day of judgment. Neither the donor nor the Waqf Board or the government have any right to change its status.

The leaders alleged that the demolition of mosques during the construction of a new secretariat is ‘oppression of Muslims, violation of law and constitution and murder of democracy.’ They demanded that the Telangana government immediately issue orders for the reconstruction of the two mosques at the same place or handover the land to the Muslims. They said it is not acceptable for Muslims to construct the mosques on some other place in the secretariat premises.

It is significant to recall that the Vastu-superstitious Chief Minister K. Chandrasekhar Rao ordered the demolition of the Nizam-era Secretariat buildings, which were strong and functioning ably. The demolition task was handed over to a contractor, who did not take care. The debris of the buildings fell on the two mosques and a temple. Chief Minister K. Chandrasekhar Rao expressed regret about the same. But within two days, news came that both the mosques and a temple were razed to the ground.

Later, Chandrasekhar Rao stated that a mosque and a temple will be rebuilt. According to sources, the mosques will not be built in the same places. How can one mosque be built when two mosques were destroyed is the question asked by the leaders? Hyderabad Member of Parliament Asaduddin Owaisi had earlier demanded the arrest of the contractor for the demolition of the mosques. He also demanded the reconstruction of the two mosques in the same places and also the temple. Owaisi’s pleas fell on deaf ears as the Chief Minister Chandrasekhar Rao has maintained a graveyard silence on the issue.

The coming two weeks will determine whether Chief Minister K. Chandrasekhar Rao will rub the Hindus and the Muslims on the wrong side, just months away from the elections to the prestigious Greater Hyderabad Municipal Corporation (GHMC).