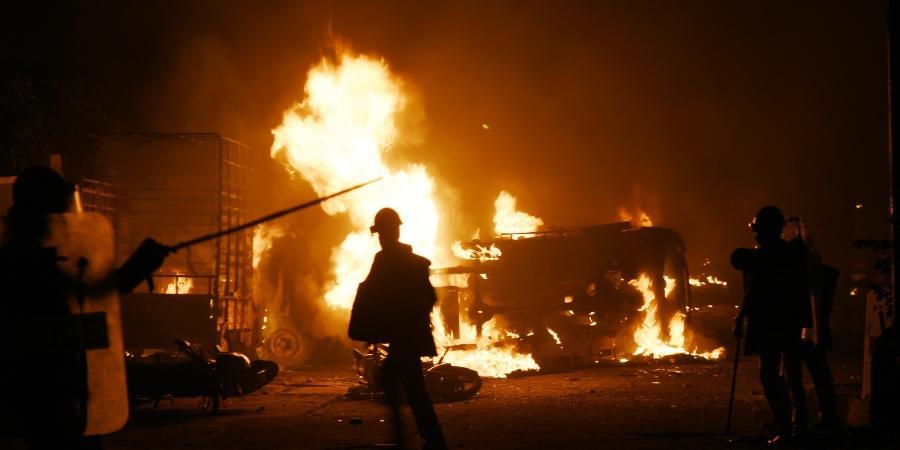 Days after hardcore Hindutva leanings by Congress leaders Priyanka Gandhi Vadra, Rahul Gandhi, and Kamalnath, the Congress cadre in Bengaluru seems to have taken it as a license for hate-mongering and abuse. Bengaluru and other parts of Karnataka are tense after a highly derogatory Facebook post by one Naveen, nephew of Congress legislator from Pulakeshinagar Akhand Srinivas Murthy. Massive protests and reported police inaction to register an FIR against the hate monger Naveen led to violence in which several vehicles were burnt down. Three people died and several others were injured in the police firing. Scores of policemen were also injured. The extremely hateful and derogatory post against Prophet Muhammed (Peace Be Upon Him) by Naveen cannot be published here for the sake of peace.

Some protestors believe that those who resorted to violence and attacked the police stations are Naveen’s supporters, who infiltrated the crowd. They wanted to scare the police from arresting Naveen but he was taken into custody. However, police have arrested 110 protestors between the age of 17 to 70. Two of the dead are identified by locals as Wajid Khan and Yasin Pasha.

‘After yesterday’s incident, we have taken firm action. Police firing was done, three people are dead and a few others injured. 110 people have been arrested and now the situation is under control and there is peace in the area now. Both KG Halli and DJ Halli police stations have been reinforced. Karnataka State Reserve Police (KSRP) is also present there’, Karnataka Home Minister Basavaraj Bommai disclosed to the media. He elaborated that the additional security is being intensified in sensitive places in Bengaluru.  “As a precautionary measure, we are strengthening forces across the state. We have requisitioned the central home ministry for additional forces and they are sending three companies of Central Reserve Police Force (CRPF) from Hyderabad and three from Chennai. We will deploy them in critical and sensitive places,” added Bommai.

Congress leaders DK Shivakumar and Siddaramaiah have condemned the violence and the derogatory post. Their soft approach to Naveen is resented by the locals. It seems the Congress is competing with the original hate mongers. True to his ideology, Karnataka Chief Minister Yeddyurappa has come out strongly against the protestors but he did not condemn hate and bigotry.

Bengaluru – the cosmopolitan city of gardens should not be allowed to be a simmering cauldron of hate and bigotry. The fight should be against Covid-19 and not against each other. A case should be booked against Facebook for allowing the hateful and incendiary post by Congressman Naveen. Naveen deserves to be booked under sedition for promoting enmity between two communities and for tearing apart peace in the city.

Perhaps Naveen thought that he is rewarding the Muslims for electing his maternal uncle Srinivas Murthy as a legislator by more than 80,000 votes in Pulakeshinagar! The legislator’s house also came under attack. A fair inquiry into the entire episode will establish the truth. Meanwhile, social media should be banned in India. The people misuse and abuse social media to peddle hate and Facebook or WhatsApp or Twitter look the other way for their profits!