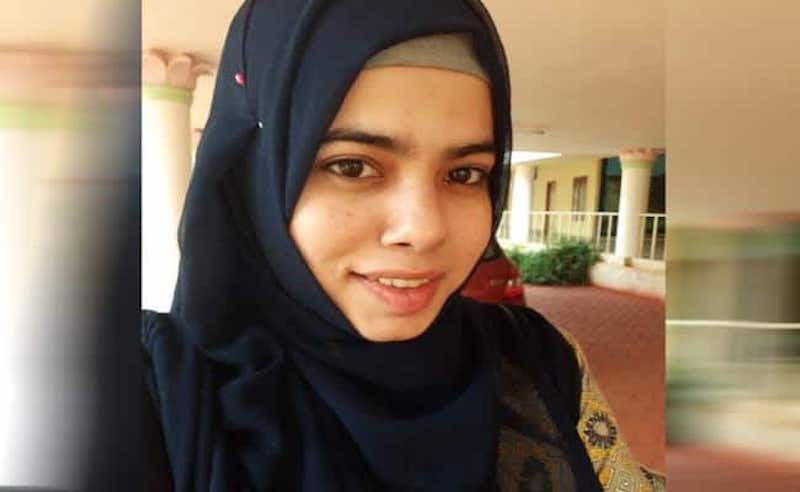 Our Prime Minister Narendra Modi fondly refers to girls as Bharat ki Beti. One such Bharat ki Beti Uzma Fatima, 26, an assistant engineer at the Srisailam Power Plant in the Telangana State left a blazing trail of bravery as she saved 4 of her colleagues from the fire reportedly caused due to short circuit a few days ago. Modi also says: Beti Bachao, Beti Padhao (Save girl child, educate girl child). Young Hyderabadi Uzma’s bravery can make us say: Beti Padhao, Beti Bachaati (Educate girl child, she will save you)!

Thousands of girls have been raped and burnt to death. Many others have been burnt to death for dowry. But when girls get a chance, they save the families and the nation. Uzma Fatima was a notch higher in the sense that she saved those 4 colleagues, who were not even her own family. She put humanity first!

Uzma Fatima’s father Mohammed Zubair runs a footwear business at Chappal Bazar in Hyderabad. He has three daughters and a son. The elder daughter is married. Uzma Fatima was his second daughter and was unmarried. His youngest daughter is in the eighth standard.

Mohammed Zubair’s son Mohammed Minhaj who is a degree college student told that his family is in a state of shock due to the sudden tragedy. According to him, Uzma Fatima was working in Srisailam Power Station as an Assistant Engineer for the past four years. The CCTV footage of the fire accident shows that Uzma had come out of the fire engulfed place. According to the survivors, she saved 4 (four) of her colleagues. She went back to bring out the other assistant engineers trapped there. She could not come of the tunnel along with eight other colleagues. The brave engineers perished in the fire.

It may be recalled that women were finally given combat roles in the Indian Army after a long struggle. Uzma’s sacrifice proves that women are second to none in bravery. Women are our best bet to save our country within and on our borders. Rani Laxmi Bai of Jhansi proved her bravery in the battlefield against the British. Every girl in our country is a potential Rani Laxmi Bai. They prove it when they get chances. Our Prime Minister Narendra Modi may certainly be feeling proud about the sacrifice of Bharat ki Beti Uzma Fatima. A fitting tribute to Uzma’s memory would be institute a gallantry award her name and also rechristen Srisailam Power Plant as Uzma Fatima Power Plant. It will not only generate electricity but it will also generate bravery for our future generations of girls to emulate.

The Telangana Chief Minister K. Chandrasekhar Rao (KCR) should pay tribute to Telangana’s daughter Uzma Fatima by naming a major road in Hyderabad after her. The Malakpet Railway Station near her residence can be named as Uzma Fatima Railway Station. Are Modi ji and KCR Garu listening?