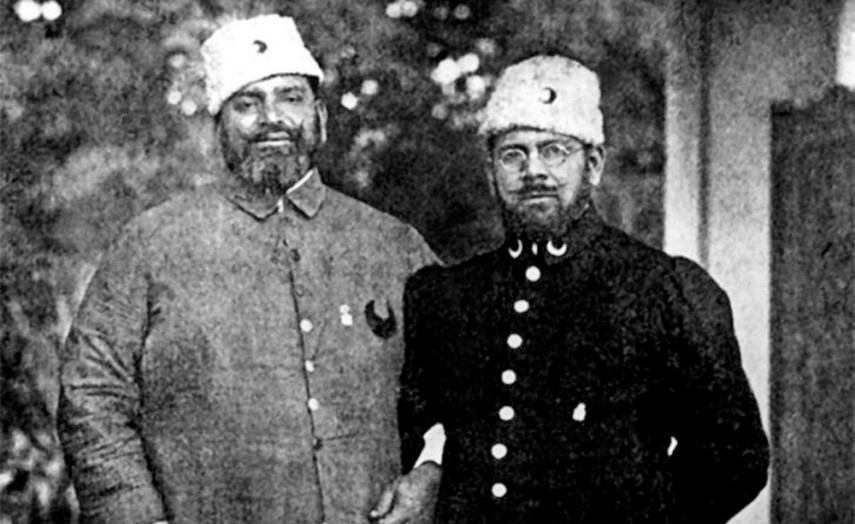 What has helped India and Turkey in maintaining cordial relations is the deep historical and cultural bonding.

The exchange of diplomatic missions between the Ottoman Sultans and the Muslim rulers dates back to the fifteenth century. There has been an impact of Turkish art and architecture, language, civilization, and more commonly, cuisine on India for centuries.

Burak Akçapar, Turkish diplomat, scholar, and the former Ambassador of Turkey to India; in his book, ‘People’s Mission to The Ottoman Empire’ sheds light on the same historical bonding between the two countries and adds to our knowledge the humanitarian aspect of this connection.

This book explains the cultural, ideological, and geopolitical context of the Indian Medical Mission and the public mobilization that made it possible.

The book is about M.A. Ansari and the Indian Medical Mission that were sent during the Balkan War (1912-13) to treat the wounded Ottoman soldiers. The Mission was sent by the concerned Muslims in India.

In mid-December, 1912, a group of doctors, male nurses, ambulance bearers, and other staff set sail from Bombay to Istanbul to join the effort to treat soldiers wounded in the Balkan War.  Three medical teams were dispatched from India, among whom, the one led by M.A. Ansari caught the author’s attention because M.A. Ansari used to write letters regularly which were published in weekly journal Comrade.

Along with Mohammad Ali, who was described by HG Wells as a man who possessed ‘the heart of Napoleon, the pen of Macaulay and the tongue of Burke’, the book educates the reader on more about other personalities; directly and indirectly, supporting and involved in the Mission.

Apart from Shaukat Ali and Muhammad Ali Jauhar who were putting their efforts in serving Islam and healing Ottoman soldiers,  Dr. Ansari’s letters show that he was a man of a multi-faceted personality, a talented physician, a capable national leader, effective diplomat, and a brilliant manager. Not just this, Dr. Ansari gave training to several members of the Mission who did not have prior medical training.

“Dr. Ansari was to train members of the Mission on daily routines during the journey aboard the ships” (p.174)

Apart from conducting the travel and communicating with Turkish officials, he used to write letters to Muhammad Ali to share his thoughts, and his experience vis a vis the Mission. This became a great source and helped Akçapar in writing this book.

The author has analysed these letters to provide a full account of the Mission. Therefore, the book helps the reader understand the purpose (humanitarian as well as the political) behind the Mission.

Although the Balkan War deprived the Ottoman Empire of almost all its remaining territory in Europe, Medical Mission sent by the Indian Muslims formed a bond of friendship between the subcontinent and Turkey.

The common cause of the Mission was to heal the Muslim pride in Turkey as well as in India. The main force which was driving them was Islamic Solidarity.

The book consists of seven chapters and is broadly divided into two parts. Part one of the book walks us through the context of Balkan Wars, the background of the Ottoman-Mughal diplomatic and strategic interactions, and roots and manifestations of the idea of Islamic unity or Pan-Islamism.

This part has been widely dedicated to the concept of pan-Islamism, its uses and ruses; and tries to contextualise it as a form of dissent.

“Pan-Islamism, like many other ‘pan’ variants, cannot be used even today without raising confusion and alarm. The fact is that almost all pan-isms are controversial, some more so than the others. Being mostly utopian and erected upon mythical and imagined foundations, they are also not conducive to infallible definitions. The fact of the matter is that pan-Islamism is a concept that has meant deferent things to different people and has been used and abused to the fullest extent, both by its proponents and its opponents.” (p. 96)

Part two introduces the key personalities associated with the Mission, their daily activities in Turkey, and unfolding historical events that the members of IMM witnessed. In addition, it also details their travel, and interactions with Ottoman official and Turkish people.

This part analyses the letters of Dr. Ansari as a travelogue and the impact of the Mission on the Ottoman army, society, and Indian Muslims.

The book gives us a glimpse of the tuning between Muslim leaders of India.

M.A. Ansari was chosen by Ali Brothers to lead the medical team. Also, Shaukat Ali appealed to the people to collect funds to send the team of doctors to the Ottoman Empire.

The most interesting point, however, is that both the Hindus and the Muslims, poor and the rich, went ahead to support the Mission because they together experienced the defeat by European colonialists. The linkage of the overwhelming support of people with the trauma emanating from events of 1857 makes the book unique.

Thousands of Muslims in India supported the medical team, morally and financially. Their single aim was to do honour to the men who made sacrifices in the cause of Islam. The feeling also emerged due to the efforts of M.A. Ansari as he voiced the common concern of extinction that the Muslim public opinion in India and globally held. He was deeply concerned about the fate of Muslims around the world.

Akçapar succinctly explains what M.A. Ansari felt after reaching Istanbul and how he was touched to see the architecture of Istanbul, and that he used to imagine the glorious times when Ottoman Empire was almost irresistible and ever-increasing. It informs us that Mr. Ansari praised Turkish women and also the socio-cultural dimension of Turkey.

The author contends that millions of Muslims who supported the Medical Mission believed that the honour of the Islamic world and the survival of the Ottoman Empire were the same.

Through this book, the author has tried to voice their thought and unfolded many facts of the era that marked the most important phase in the relation between India and Turkey. The book not only provides a full historical narrative but helps us to understand the thought process, perceptions, and the deeds of the Indian Medical Mission.

For anyone, interested in understanding the shared past of India-Turkey relations, the charisma of Indian Muslim leaders, world Muslim public opinion, the relation between pan-Islamism and Indian nationalism; reading ‘People’s Mission to The Ottoman Empire’ is a must.