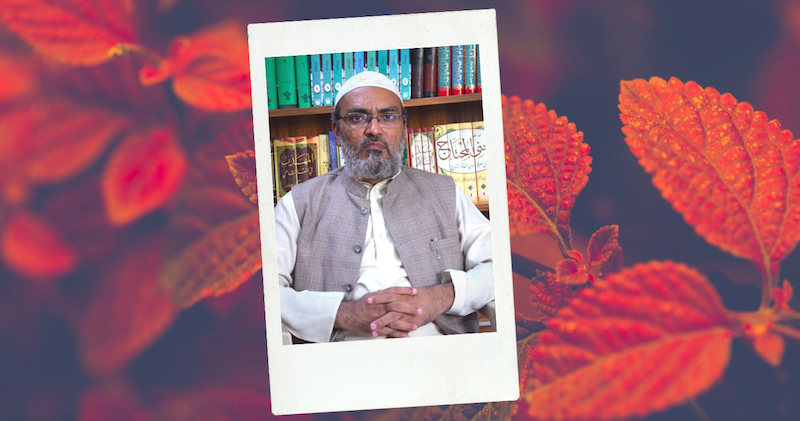 Based in New Delhi, Dr. Waris Mazhari is a leading Indian Muslim scholar. A graduate of the Darul Uloom at Deoband, he edits, translates, and writes a variety of different books. In this interview with Javed Akhatar, he reflects on the contemporary challenges of Indian Muslims and the role of Madrasa graduates. In addition to this, he also talks about the need of media for Indian Muslims.

He talks about issues related to madrasa reforms that may bring scientific and theological temper and literacy among madrasa graduates. For Dr. Mazhari, bringing contemporary academic discourses into conversation with madrasa learning is necessary to keep traditional scholarship alive and relevant in the modern world. He has written three books on the madrasa education in India and, as a graduate of one of the most renowned madrasas himself, he believes that reforms are necessary to enrich and nuance the engagement of young graduates with the world. Dr. Mazhari is passionate about the vital role that madrasas have played in the history of Muslim civilization and considers his work as a humble effort to maintain that legacy.

Dr. Waris Mazhari is currently working as an Assistant Professor of Islamic Studies at Jamia Hamdard, New Delhi. Born in a middle-class family in a small village, Dr. Mazhari grew up in rural India away from urban centers of cosmopolitanism, development, and technology. He lost his parents in infancy, received little formal education in his formative years, and was employed as a child laborer on a farm. He eventually received basic religious education from a local madrasa where he memorized the entire Qur’an. However, by the age of sixteen, he had completed the prerequisites to formally join a madrasa, enrolling in the renowned Darul Uloom Deoband. Graduating with the Fazilat degree (equivalent to graduate-level work) in the year 1995, Dr. Mazhari advanced to Jamia Millia Islamia, New Delhi, graduated in 2005, and received a master’s degree in 2008 in Islamic Studies. He completed his Ph.D. in 2013 from the same university where he also taught for some years.

For the past fifteen years, he has been with the Darul Uloom Deoband Old Boys Organization as an editor of its Urdu monthly journal Tarjuman-e- Darul Uloom. Dr. Mazhari also served as Research Associate for Virtual Dialogues, an initiative at Duke University in North Carolina, USA, from August 2011 to July 2013. The monthly magazine Communalism Combat dedicated a special issue to his writings on peace, non-violence, and interfaith dialogue, under the theme ‘Rediscovering the Tolerant Tradition in Islam’ in May 2010. He is a prolific writer with countless articles and multiple books under his name. Among these is ‘Hindustani Madaris ka Talimi Nizam aur us mein Islah ki Zarurat: Ek Jaiza’, a work that discusses the need for reform in the madrasa curriculum, published in Urdu in 2014.

His chief interests are in the areas of interfaith dialogue, peace and social harmony, the reconstruction of religious thought in Islam, and reform in Indian madrasas. Many of his articles have been translated into other languages.