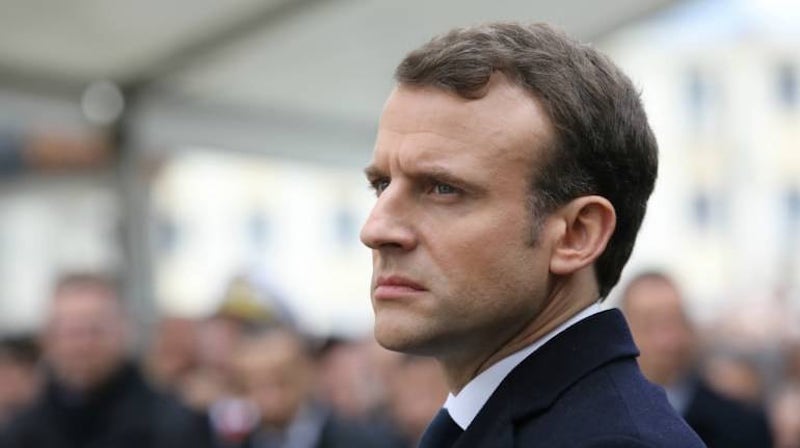 The French double standards about freedom of speech defies logic! Turkish President Tayyip Erdogan’s statement which suggested ‘mental treatment’ for his French counterpart Emmanuel Macron drew a sharp unwarranted reaction from France. It termed Erdogan’s statement as ‘unacceptable’. France has recalled its ambassador from Turkey. The entire world knows that the Islamophobe Macron is pedaling hate and inciting violence since ages. If Erdogan’s statement about Macron is unacceptable, how does the French expect the 1.9 billion Muslims to accept the denigrating caricatures about the Holy Prophet of Islam in the name of freedom of speech?

Macron is a hate monger, who has defended the insulting caricatures and he is provoking violence not just in France but across the globe! Mohammed (Peace Be Upon Him) is a Prophet of Peace and Mercy. A Muslim’s faith is not complete if his love of the Prophet does not surpass his love of his own parents or anybody else in this world! Nobody tolerates if his parents are abused. Will anybody tolerate the abuse of one who is dearer to them than his own parents? How will France react if 1.9 billion people abuse Macron and his parents? Do they have the right to expression in the name of freedom of speech? The display of caricatures on government buildings is the gravest provocation by Macron and his government.

With French presidential elections just 18 months away, Macron could have put in more efforts to fight Covid-19 and resurrect the French economy before seeking votes for re-election but Macron has chosen a diabolical way to abuse Muslims and Islam. Macron is highly mistaken that Islam is in a ‘crisis.’ Why does Macron forget that Islam is the fastest-growing religion on earth? Even the white Catholic native French have accepted Islam in large numbers in the past two decades. Can Macron simply wish away the 6 million French Muslims? There is no crisis in Islam. Macron should work with the Vatican to address sexual persecution in the Church by priests in different countries. Just an apology from the pope will not give justice to the victims. Women, children, and even the nuns and priests have been subjected to sexual abuse by the clergy. There is no such taint on Islam.

France should not forget its colonial past. The French carried out genocides in Algeria and other North African Muslim countries. The Muslims never occupied and subjugated France anytime in history. Millions of Muslims were killed in the Crusades. Who says the Crusades have stopped? The western world has always been at the neck of Muslims. Whether it was President George Bush who made ‘ Crusades’ his mission of life or now Macron – the western policy is the same even in the 21st century. Bush particularly called the fight against terror as ‘Crusades.’ What is the western world’s contribution to the civilized world except producing and selling weapons of mass destruction to the oil-rich Muslim countries and make them fight among themselves? A recent example is that of US President Donald Trump selling weapons worth $ 1 billion each to Saudi Arabia and Qatar! It is clear that western interests lie in making Saudi Arabia and Qatar fight. But do the crooks understand this conspiracy?

There has been a strong response to Macron’s abuse of Islam and its revered symbols. Turkey, Pakistan, and the Organization of Islamic Conference (OIC) have criticized Macron’s dare devilry to abuse Islam and urged restraint. Unless the OIC speak in one voice and bring Macron to the negotiating table to instill sense, the situation for peace will not be very promising. First, the OIC need to impose a ban on buying weapons from France. Just the emotional outburst by the commoners not to buy the French cheese and the gutter-smelling French perfumes will not make much difference.

May good sense and peace prevail!