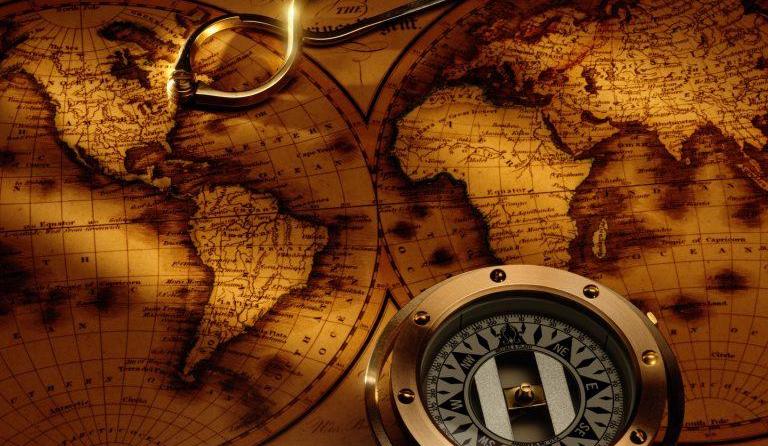 Mushtaq Husain (1841-1917)- known more widely by the title conferred on him by the Sixth Nizam of Hyderabad viz. Viqar-ul-Mulk has carved a niche for himself in the history of the Aligarh movement as Sir Syed Ahmad Khan’s close confidante and the Secretary of the Board of Trustees of the MAO College from 1907 to 1913 during a very turbulent phase of the history of the institution. He also played a role in shaping far-reaching political developments as one of the founders of the All India Muslim League of which he was the first Joint Secretary. To a large number of alumni, of course, his claim for being remembered is as someone after whom “V.M. Hall” is named!

By all accounts, he was a very stern, uncompromising person not given to levity and humour so characteristic of the Muslim elite of the age. Someone writes of him as a person “who commanded respect and fear rather than affection.” Without going into his biographical details it will be sufficient to note that Mushtaq Husain resigned his position as Tehsildar in UP as his Collector was not agreeable to his taking a few minutes off for the Zuhr prayers. It was after this confrontation that Sir Syed helped him get employment in Hyderabad where he made a long-lasting contribution to Revenue administration and was instrumental in making Urdu-instead of Persian- as the official language of the largest princely state in British India.

We shall see an extraordinarily ‘human’ Viqar-ul-Mulk in the following account which is based on “Khutoot-i-Viqar-ul-Mulk” compiled by his youngest son Mr. Mushtaq Ahmed and published by the AMU in 1974.

His eldest son, Mohammed Ahmed (1868-1896), went to England to qualify as Barrister. There, he married a young lady, “Shelly”. The couple settled down in Bangalore while Viqar-ul-Mulk was still serving in Hyderabad. Mohammed Ahmed died in Bangalore at the age of 28 after a brief illness leaving a young widow and one year old daughter called “Hameeda”. By then, Viqar-ul-Mulk had left Hyderabad, and returned to his native Amroha in UP. The widowed daughter-in-law and the granddaughter joined him there. The misfortunes of the family did not end; Hameeda was claimed by cholera at the age of five. Following the death of the daughter, Shelly decided to return to her native England and Viqar-ul-Mulk, despite financial difficulties- after all, he was only the ‘title holder’ of Nawab, but was otherwise a pensioner- ensured that the daughter-in-law received regular remittances for her upkeep. This arrangement went on for a number of years until she wrote to him on 6th January 1906 informing that she had received an inheritance of more than 10000 pounds and requested him to stop the financial assistance rather quaintly called “Pin Money”. The following excerpt from her letter is worth quoting;

“Let me in the fullness of my heart again express my loving gratitude to you for the fatherly care you have taken of me ever since you knew of me and during my widow-hood. I am thankful beyond words to you and especially now that you are relieved from the extra expense which you have so generously given and continued uninterruptedly.”

In reply, Viqar-ul-Mulk wrote to her a letter reproduced at pp 44-46 of the compilation. That being in Urdu is not being reproduced. It may be explained that the Nawab knew no English- he wrote to the daughter-in-law in Urdu, the originals were translated in English by his son-in-law Mr. Sibghatullah. We may only note the substance of what he wrote. The Nawab saheb mentioned that for long he wanted to tell something to Shelley but had so far refrained from doing so lest she misconstrued that as being intended to relieve his financial burden. Now that the situation has changed, he would suggest that she should give serious thought to getting remarried. I venture to translate the relevant part of the letter as under;

“Let me assure you that if one of my daughters had faced a similar situation, I would not only give her similar advice but would have also tried to see that my advice was acted upon. … If you heed this advice, let me assure you that our relations will continue as before. If God (the Nawab uses ‘Khuda’) blesses you with an issue (from the second marriage), my affection for that off-spring will be the same as with the child of my own daughter. My hand of friendship will extend towards any family with whom you may choose to establish such relations. All this is on account of the affection which I have naturally for you and which shall always remain thus. My greatest satisfaction, if you act on this advice, will be that when my time comes I can leave this world unencumbered with the painful thought of your troubled life”.

The reply of the doting daughter-in-law is as interesting and its relevant portion (p-47) deserves to be quoted;

“It is an extremely kind one and shows great delicacy in that you never mentioned the subject of my re-marriage whilst I depended on you for support.

“My dear Mian, to be perfectly candid with you, I have no wish to marry again- there is no man who can take my dear husband’s place. Probably, there are plenty of men who would not object to having me now that I have some money, and those I would scarcely marry. But under any circumstances, I would prefer to die the widow of Mohammed Ahmed.”

To this, the father-in-law replied (17th May 1906) “I realize that it is not appropriate on my part to write further in the matter; Nevertheless with apologies, I would like to submit that the matter will bear reconsideration at a future date.”

The last word on the matter was said by the daughter-in-law who wrote;

“I shall always think with loving gratitude of your care of me during all these long years of my widowhood. No English woman ever had a better father-in-law than I, although some are very good indeed.”

The editor of ‘Khutoot-i-Viqarul Mulk” mentions that Shelly did not remarry and passed away at a fairly advanced age.

This brief write-up does not admit of any rigorous analysis of the poignant episode. It will be sufficient to note here the unreliability of stereotyping personalities. It was Sir Syed who wrote of Viqar-ul-Mulk, “I believe that Mushtaq Husain would not change his the opinion even if God revealed Himself against it” (quoted by Francis Robinson in “Separatism Among Indian Muslims” pp 399-400; Oxford 1993).

We need not question the judgment of Sir Syed but take note of the multi-layered nature of human personality. At an altogether different plain, the facts mentioned here invite the serious scholar to examine the human side of ‘Muslim orthodoxy’ and whether it holds certain lessons- or at least provides ‘points to ponder’- for the current, self-righteous orthodoxies with their rigid world views. In any case, the episode deserves to be widely publicized as providing new insights in the social life of the Muslim gentry.