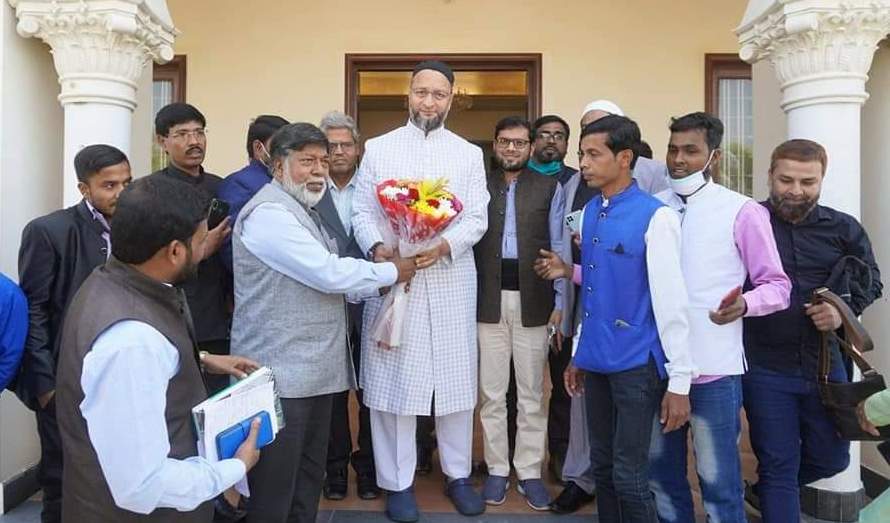 The All India Majlis Ittehad ul Muslimeen (AIMIM) held extensive parleys with a delegation of about 20 active leaders from West Bengal to explore the possibility of contesting the Legislative Assembly elections in the turbulent state slated for April-May 2021. Fresh from the exploits in the recently held Legislative Assembly elections, the AIMIM supremo Asaduddin Owaisi had declared that Majlis will decide soon whether to contest in West Bengal after consulting the party unit there.

The 3-hour long session at Al Siddiq, Owaisi’s residence was to elicit the views of party members and the strength of Majlis in West Bengal. There is no state unit formed yet. It is likely to take shape in a week. Asaduddin Owaisi will make a trip to West Bengal before deciding about the foray into the tempestuous politics of the politically volatile state. The delegation which met the party chief included the chief of the delegation Zameer ul Hassan, cream of the Bengali Muslim society including an industrialist Zahed Mahmood, former civil servant Adnan Ahmed (IAS), High Court lawyer Matihur Rahman and others. West Bengal Majlis in-charge and Majlis spokesman Asim Waqar, Majlis Bihar in-charge Majid Hussain were also present. The delegation also visited the party headquarters Darussalam in Hyderabad. 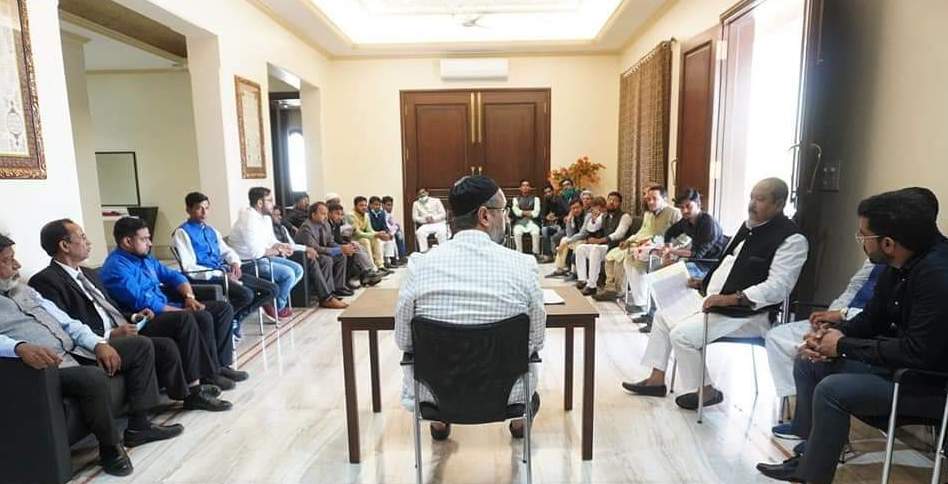 Asaduddin Owaisi has time and again refuted the charge that Majlis cuts votes of secular parties to benefit the Bharatiya Janata Party (BJP). He asserts that Majlis believes in the Constitution of India and Majlis as a political party has every right to participate in elections like other political parties. He pointed out that Majlis did not contest the Lok Sabha elections 2019 in West Bengal. However, the BJP won in many seats. He questioned as to why the so-called political parties were not giving adequate tickets to Muslims and make them win polls to Assemblies and Parliament.

It is pertinent to note that Asaduddin Owaisi will have to take an informed decision about contesting elections in West Bengal. There are two strong views. Those in favour argue that Majlis should contest and raise the voice of Muslims, Dalits, and other oppressed sections of the society. Senior leader Asim Waqar says that the Trinamool Congress Chief and West Bengal Chief Minister Mamata Banerjee’s blood pressure has already risen as she is discussing in her party meetings about the entry of Majlis and eventually contesting elections. Those who are not in favour of Majlis contesting polls in West Bengal claim that even if Majlis gets few thousand votes, it may spoil the chances of a strong candidate capable of defeating the BJP. The situation may be similar to Bihar, where the Grand Alliance fell short by a whisker to form the government though Majlis contested in just 21 seats.

The middle path may be to just fight the elections symbolically on a limited scale in some places like Murshidabad, Jangipur, and Malda. The intent could be to register an adequate presence in the West Bengal Assembly. Even this middle path will be full of thorns as the BJP is waiting to communalise and polarize the polls more if the Majlis enters the state. Majlis will have to face the double whammy of the violent BJP and the TMC, who fight pitched battles on the streets and spill blood. Asaduddin Owaisi egged on by his bravado moves everywhere without personal security. No amount of cajoling has changed his stance. If BJP Chief J P Nadda’s convoy can be attacked or a drama staged, who can guarantee Asaduddin Owaisi’s security in a totally violent topography?

Though Mamata Banerjee does not have much to show in her report card to the Muslims and the Dalits, she is still the best bet to take on the BJP! The leftists have turned communalists and the left cadres have deserted the communist parties – CPM, CPI, and the Forward Bloc in lakhs. The Congress was damaged by the Sanghi agent former President Pranab Mukherjee who attended a Rashtriya Swayam Sevak Sangh (RSS) function to show his true saffron colors. The Congress is deadwood even though Adhir Ranjan Chowdhary may be shouting at the top of his voice to make his presence felt.

It will be known soon which way the Majlis Camel sits?