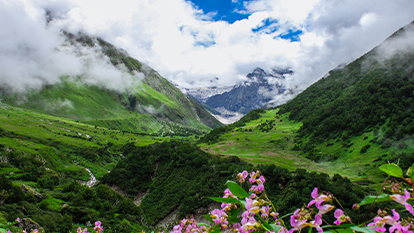 The deeply divided Bharatiya Janata Party (BJP) chose 45-year-old Pushkar Singh Dhami as the new Uttarakhand Chief Minister (CM) after Tirath Singh Rawat resigned citing ‘constitutional constraints’. The BJP leaders Satpal Maharaj and Harak Singh had almost walked out of the BJP but for inducements. Dhami, the 2-time Khatima MLA, has served as the State President of the BJP youth wing BYJM. He is a close aide of outgoing CM Rawat and Maharashtra Governor Bhagat Singh Koshiyari. Tirath Singh Rawat was made to resign as the BJP claimed that bypolls could not be held in Uttarakhand due to COVID by August – the deadline by which Rawat had to be elected as an MLA.

Tirath Singh Rawat’s less than 4-month term was a can of worms and controversies. The newly elected CM made several controversial comments ranging from ‘ripped jeans’ to ‘faith will overcome COVID’. Apart from several controversial statements, Tirath Singh Rawat had also overturned several decisions of his predecessor – Trivendra Singh Rawat. He stalled Rawat’s decision to make Gairsain a commissionerate after several MLAs expressed displeasure at Gairsain’s elevation instead of Almora. He made the issue a Gairsain versus Almora fight. Similarly, Tirath Singh Rawat revoked the earlier Trivendra Singh Rawat govt’s ‘Uttarakhand Char Dham Devasthanam Management Act’ – freeing 51 temples from state government’s control – including Haridwar and Badrinath. This issue could hurt the BJP in Uttarakhand, which is set to go to the polls in 2022.

It may be recalled that the new CM is a hard-boiled Modi clone in changing information in affidavits. In his self-declared affidavit filed during the Uttarakhand Assembly elections earlier, Pushkar Singh Dhami had mentioned his profession as a ‘farmer’. However, during the 2017 Assembly elections, he suddenly changed his profession as a qualified lawyer holding an LLB degree from Lucknow University. There is no information if Dhami has also got a master’s degree in ‘entire political science.’

During the last five years, there has been unabated violence or threats to violence against Muslims due to the spewing of communal venom by hard-core extremist BJP legislators.

It may be recalled that the National Herald on 18 July 2020 reported this:

There has been a spurt in such mob violence since 2017 when a BJP government was formed in the state. Any alleged crime committed by any member of the minuscule minority community— be it a murder or an affair—has been provocation enough for indiscriminate violence with police as onlookers.

People should patronize only those barber shops which has parts of the ‘Hanuman Chalisa’ scrolled outside. A majority of the barber shops in the state even in Garhwal and Kumoan hills are owned by Muslims from Western Uttar Pradesh.

Uttarakhand has a population of just over 10 million and Muslims number less than 1.4 million in the state. But the rising incidence of attacks on Muslim establishments and the inaction of the police in booking the culprits have forced the minority population to live in perpetual fear.

Even rumors spread on social media and fake news have led to mob violence. And while the police did register cases against unknown people, nobody was either booked or prosecuted.

Muslim shops and homes from Rishikesh to Haridwar had been attacked following a murder at Raiwala. Seven Muslim youth were arrested for allegedly teasing girls in Chamba and a bandh call shut down the bazaar there. Muslim shops in Kirtinagar were vandalized after reports claimed that two Muslim boys from Kirtinagar were seen in Dehradun with Hindu women. Both the boys were sent to jail.

Muslim shops again bore the brunt of vandalism in Satpuli town following an allegedly provocative Facebook post by someone. The town again witnessed mob violence after a Muslim was accused of having unnatural sex with a cow. Kashmiri traders were given an ultimatum and asked to leave Mussorie following the alleged pro-Pakistan slogan at a cricket match. The local administration found the allegation to be unfounded and the issue was sorted out.

Mob violence had again erupted in Ghansali town following reports that a Hindu girl had eloped with a Muslim boy and the couple were found in a hotel. All Muslims were asked to leave the town. Based on a baseless rumor of the rape of a minor girl, shops belonging to Muslims were set on fire in Agastyamuni town of Rudraprayag. The situation was brought under control only after the District magistrate intervened and declared that there was no basis to the rumor.

Police and the Minority Commissions at the Centre and in the state have not been able to remove distrust and misgivings between communities. Nor have they been able to take confidence-building measures to instill some sense of security in the demoralized minority community.

If we go back further, it may be recalled that in October 2019, the Bharatiya Janata Party (BJP) MLA Suresh Rathore from Uttarakhand allegedly incited the Hindus against Muslims of Jwalapur. Comparing Muslim-dominated areas of Jawalapur Assembly constituency of Uttarakhand with Pakistan, Suresh Rathore spewed hatred as ‘those areas have been declared as total Pakistan’. This video of MLA Suresh went viral on social media.

Suresh Rathore had reached the road foundation laying program. According to media reports, he said, ‘This road is 67 km long, the scope of our assembly constituency is also 67 km. Of this, 52 percent comes in Muslim majority area which is completely Pakistan’. He further said, ‘I have won the election because of the remaining 48 percent votes.’

The divisive Bharatiya Janata Party (BJP) MLA Suresh said, ‘Our politics is based on only 48 percent votes. We have to ensure that the road construction is done effectively and no complaints or quality will be compromised here.’ Let me tell you that Jwalapur area is Muslim-dominated and it comes in the Haridwar district. This seat has been under BJP’s possession since 2012. No action was taken against Suresh Rathore.

Take the case of another communal hate monger BJP MLA from Rudrapur –Rajkumar Thukral. In the wake of a sub-inspector Gagandeep Singh’s heroic deed of saving a Muslim man from a fanatic mob in Ramnagar, Uttrakhand, BJP MLA Rajkumar Thukral had threatened that the ‘destroyers of Hindu culture’ will be taught a lesson by right-wing outfits. Thukral objected to the presence of a Muslim man in the temple premises while speaking to the media on Saturday. He even raised the concern of love-jihad.

Thukral complained about meetings between Muslim boys and Hindu girls. The 19-year-old Muslim boy Irfan was seen with his Hindu friend when the mob attacked him.”They tried to ignite the emotions of the Hindu community. We will fight the ongoing plans of destroying Hindu culture, forced religious conversions, and strengthening the roots of ‘‘love jihad,’’ Thukral ranted.

“It is time to teach a lesson to people who want to destroy the atmosphere of Ramnagar. If (Ramnagar) police and administration doesn’t wake up then Hindu Sena (army) will have to come out and fight the people who wish to destroy Hindu culture,” Thukral incited the Hindus. The courageous heroic act of the Sikh cop Gagandeep Singh hugging the Muslim man and averting a tragic incident went viral and it was much appreciated by the people. Based on the viral video, the police pretended that they are looking for the culprits who attacked the man. Vikram Rathod, SHO, Ramnagar police station, had said that an FIR was registered against unknown people. Even after a long time, nobody was arrested. Thukral had once threatened and abused a woman police officer. Thukral has a history of hardcore extremist hate against Muslims. But the BJP has taken no action against him. He will get the BJP ticket from Rudrapur again.

The empty rhetoric of RSS chief Mohan Bhagwat on lynchings is to fool the people. If Bhagwat has guts, he should ask the BJP to throw out Mahendra Bhatt, Suresh Rathore, Rajkumar Thukral, and the lynchers’ garlander Jayant Sinha. The BJP gave Uttarakhand 4 CMs in 4 months! The superspreader Kumbh Mela boomeranged on the BJP!

The writing is on the wall for the BJP. It will perish in the electoral deluge and landslide in the 2022 Uttarakhand Assembly elections.