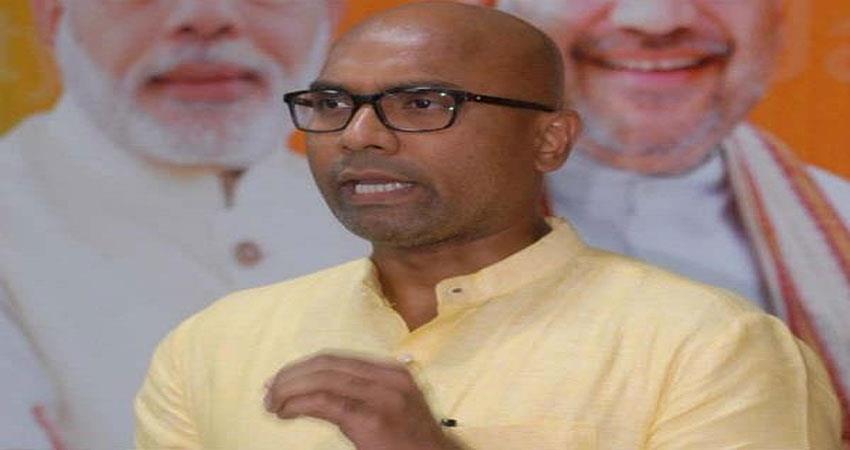 The Telangana Chief Minister K Chandrasekhar Rao (KCR) is Owaisi’s ‘Pet Dog!’ reportedly claimed by the Bharatiya Janata Party (BJP) Member of Parliament (MP) D Aravind from Nizamabad. Infuriated by the above claim, the Telangana Rashtra Samithi (TRS) MLA Jeevan Reddy threatened to ‘undress’ D Aravind at the Ambedkar crossroads in Nizamabad if he does not keep his tongue in check. This news was ignored by the English media but carried on 18th August 2021 on page 8 by a vernacular daily edited by Asaduddin Owaisi’s youngest brother Burhanuddin Owaisi.

Politics is the last resort of a scoundrel. How true it seems going by the slanging match and hitting below-the-belt politics in which the opponents are likened to animals. It is not known whether Jeevan Reddy was really upset that KCR was abused or was he trying to curry favor with the chief minister for a plum post. Jeevan Reddy is also the Chairman of the Public Utility Committee. Addressing a press conference at the TRS Legislature Party Office, Jeevan Reddy went hammer and tongs at the opposition and also distributed ‘portfolios’ to the opponents. He ‘appointed’ Telangana Pradesh Congress Committee (TPCC) chief A Revanth Reddy as a broker, BJP state president Bandi Sanjay as a joker, and Nizamabad BJP MP Dharmapuri Aravind as a loafer.

It may be recalled that the ‘loafer’ Dharmapuri Aravind has been calling KCR and Asaduddin Owaisi names. He continues to provoke KCR as Telangana Police has failed to deter Aravind and Bandi Sanjay for their vulgar and abusive statements in the past. They have at times dared the police to arrest them. Police which ‘bravely’ takes action against common citizens for comments against the chief minister on social media stays at a very far off distance from Aravind and Sanjay because of their proximity to G. Kishen Reddy and Amit Shah handling the home portfolios in the Modi cabinet. Aravind had earlier threatened to cut off Asaduddin Owaisi’s beard and ‘attach’ it to KCR’s chin. No action against Aravind emboldened him.

Aravind is a true follower of BJP leader Narendra Modi in abusing political opponents and the deprived people. Who can forget Narendra Modi’s speech in Gujarat in 2012: ‘Sonia Ben Sathhiya Gayi Hain’ (Sonia Gandhi has lost her mental balance). Aravind learnt the animal analogy from Narendra Modi. It may be recalled that in an interview, Narendra Modi had likened Muslims to puppies — ‘Kutte ka Pilla.’ I do not know whether it is Heerba’s fault or the Golwalker’s effect that Modi uses such abusive language. Aravind is a small fry whose favorite past time is making abusive statements against KCR and also anti-Muslim statements.

The Telangana Police should assess the threat level to Chief Minister K Chandrasekhar Rao from Dharmapuri Aravind and Bandi Sanjay and book them under UAPA and NSA. One may criticize the chief minister and disagree with his policies but not abuse him personally. Why is KCR himself not responding to this unwarranted personal abuse? Why is KCR scared to take on the extremists? The people of Telangana will stand for the protection of his pride and honour.

The intention and passion of Jeevan Reddy to undress Aravind is beyond comprehension. Is Jeevan Reddy playing to a script by Raj Kundra or trying to give lessons in political erectile dysfunction? Whatever be the reason, the people of Nizamabad should not be subjected to the vulgar display of Aravind’s sagging dick in the event of his undressing in Nizamabad. What a disgraceful brought up by D Srinivas, TRS Rajya Sabha member. D Srinivas failed to give values and morals to his wayward and abusive son D Aravind. Srinivas has not defended his leader KCR and not admonished Aravind for the abusive language against the chief minister of the state. Why is TRS not expelling D Srinivas from the party?

Till the time of filing this report, there was no information whether the Hyderabad MP Asaduddin Owaisi has any pet dog or what is the name of the pet dog if any!