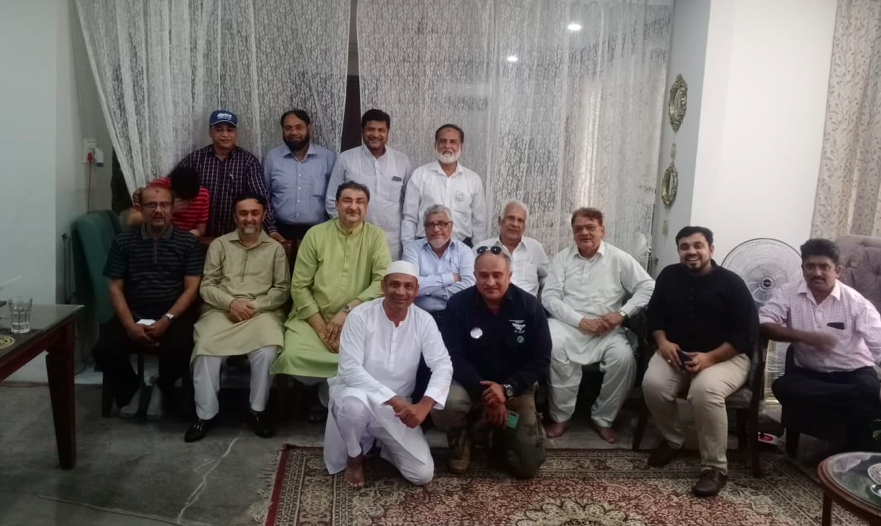 The Deccan Heritage Trust is planning to conduct a Dilip Kumar Memorial Event with plans to invite Dilip Kumar’s spouse and actor Saira Banu for the event. A letter of condolence will be sent to Saira Banu along with the invitation for the memorial event. Bollywood’s first Superstar and King of Tragedy Dilip Kumar had a special connection with Hyderabad as a philanthropist. It may be recalled that Dilip Kumar was one of the major donors of the Deccan Medical College founded by Sultan Salahuddin Owaisi, father of Asaduddin Owaisi, Akbaruddin Owaisi, and Burhanuddin Owaisi. It may be recalled that Dilip Kumar had inaugurated the Owaisi Hospital in 1995. A collage of Dilip Kumar’s movie scenes or a select movie to be screened at La Makaan or another suitable venue is being planned for his fans. Dr. Mohammed Iqbal Javeed will coordinate the event.

Historian and heritage enthusiast, Dr. Safiullah, who leads the Deccan Heritage Trust, hosted a Heritage Breakfast on a bright Sunday morning with a lavish spread of Hyderabadi Naashtha at his Banjara Hills residence. Many heritage buffs turned up making the breakfast a brunch. Dr. Haseeb Jafferi, another heritage enthusiast was the master of ceremonies. The staple Hyderabadi Khichdi was served with Khatta, Papad, Ghee, and Achar along with Gulab Jamun, Jalebi, and some fruit. As they say in Hyderabad: Khichdi ke Char Yaar, Khatta, Papad, Ghee aur Achaar! The witty Historian – Banker Amarbir Singh was among those present at the gathering. Heritage enthusiasts from the United States, the United Kingdom, Canada, the Gulf Arab countries, and other places who missed out the Hyderabadi Nashtha sent in their best wishes. Ahmed Al Sharif from London complimented Dr. Safiullah for holding this august gathering in the month of August.

The famous Bollywood actor Ajith (Hamed Ali Khan), who left an imprint on the minds of his fans with the role of Durjan Singh in the epic Mughal -e- Azam and later his still popular dialogues – Lily, don’t be silly in Zanjeer and Mona Darling in  Yaadon ki Baraat will also be remembered at a separate event. It is significant to remember that Ajith was a fabulous  Farzand -e- Hyderabad. Ajith – the son of the soil was born near Golkonda Fort in Hyderabad.

It seems too much helping of the Hyderabadi Nashtha rendered the heritage buffs including Dr. Safiullah in semi-slumber as they could not appreciate the summing up of the Sunday gathering in this couplet:

As they rightly say — Eat to live, not live to eat!

On a serious note, there were meaningful confabulations at the Hyderabad Heritage Breakfast with a series of interesting events planned.