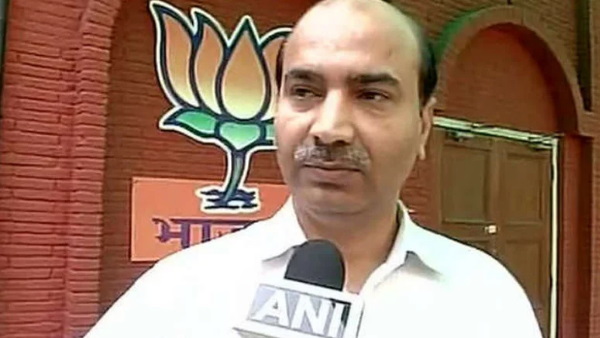 The Hindutva hate-mongers and bigots chanted inciting and hateful slogans against Muslims in an illegal assembly in Dwarka, the heart of New Delhi and hardly 15 minutes away from the residence of the Prime Minister of India. Mulle or Mullon as the Indian Muslims are derogatorily called by the Hindutva extremists are pushed to the wall, just days after the American mockery when Blinken raised the matter of human rights in India. It may be recalled that Delhi was subjected to a pogrom of Muslims during Donald Trump’s visit to the capital last year. The Bharatiya Janata Party (BJP)’s hothead – rabble-rouser Narendra Modi and the disgraced former American president Donald Trump share hatred and contempt of Muslims. Many Muslims were looted, raped, killed and their houses burnt and more than 25 mosques were destroyed and damaged by the enemies of the nation in the Delhi pogrom. But a cursory glance at the number of arrested people will show that the Muslims who were victims of violence and bloodshed continue to languish in jail for more than 18 months now. Some of them have been given bail by the judges for want of documentary evidence. The Hindutva extremists are roaming free by and large.

The Dwarka illegal gathering of the Hindutva bigots was to protest against the construction of a Haj House. Ashwini Upadhyaya, a former spokesman of the BJP, who is close to Narendra Modi, allegedly led a belligerent crowd which started raising anti-Muslim slogans like: ‘Mulle jab kaate jaayenge, Ram, Ram Chillayenge’ (When Muslims will be slaughtered, they will shout Ram, Ram). In last year’s Delhi pogrom and during any riot, lynching, or any attack on Muslims the militant slogan Jai Sri Ram is raised as if to justify their violence and give a communal color to their terrorism. The Hindutva bigots are not punished at all. If they were punished, these acts of bigotry and violence would have stopped long ago. How does the gathering of Muslims at a Haj House for training regarding the Haj rituals just before embarking on Haj pilgrimage disturb tranquility? There are just two doses of covid-19 vaccine but for the anti-Muslim hatred, there is no vaccine. This hatred and bigotry are intensified just months before elections to Legislative Assemblies and the Lok Sabha. There is a continuous pattern to this hate-mongering. The elections to Uttar Pradesh, Uttarakhand, and other Assemblies are due next year. Neither Narendra Modi nor Adityanath has anything worthwhile to show to the electorate in terms of development. Their only potent weapons to win the elections seem to be hatred and polarization against Muslims. Adityanath’s slogan – ‘they have Ali, we have Bajrang Bali’ is still fresh in the minds of the people. The bangles–wearing beauty called the Election Commission and the otherwise ‘judicial activism’ is completely silent when it comes to Adityanath’s or Narendra Modi’s provocations and professing of hate against Muslims of the country.

It is a matter of deep anguish that only six bigots have been arrested in the Dwarka case though the illegal gathering of hate mongers run into hundreds. This is despite the handing over of the video to police, in which the extremists are allegedly seen to be giving open threats of violence to Muslims. The Supreme Court should direct booking of the Hindutva extremists inciting violence against Muslims under the UAPA and NSA. This war against innocent fellow citizens must be put down now for the sake of peace and harmony in our country.

Will Narendra Modi watch the slaughtering of Muslims???