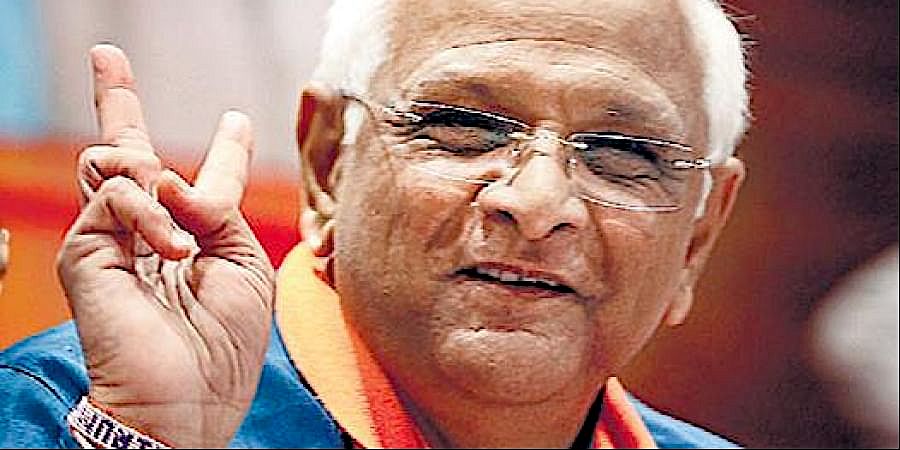 In an action-packed drama and heavy infighting among the Bharatiya Janata Party (BJP) leaders, Amit Shah checkmates Narendra Modi and installs a stop-gap puppet and a first-time legislator Bhupendra Patel as the new chief minister of Gujarat. Narendra Modi still smarting from the alleged rebellion and humiliation by Patidar leader Hardik Patel did not want any Patel to be the chief minister. However, Amit Shah had his own plans. With the prospect of losing the next elections to the Gujarat Legislative Assembly elections, Amit Shah tried to buy the argument that a Patel chief minister could stem the rot and win back the Patidar community. The overnight kicking out of the outgoing chief minister Vijay Rupani has resulted in a lot of bickering in the BJP.

It seems the Mughal rule has returned to the BJP! Though BJP has been scaring the Hindu masses that if they do not vote for the BJP, Mughal rule will return. Assam chief minister Himanta Biswa Sarma campaigned on those lines and successfully fooled the Assam electorate. The reality is the BJP resembles the Mughal empire of the 18th century, when puppet after puppet was installed on the Mughal throne by the Sayyid brothers. The chief ministers of the BJP states resemble the discarded Mughal emperors. The BJP discarded five chief ministers in different states in a span of six months. Uttarakhand, Assam, Karnataka, and Gujarat – the story is the same – Aaya Ram, Gaya Ram! The BJP is dancing to the musical chairs of Narendra Modi, whose popularity is at an all-time low at the national level. Now, dissenting voices within the BJP seem to be challenging Narendra Modi’s strangle hold on the party.

It seems that Anandiben and Amit Shah floated the name of Bhupendra Patel as a stop-gap compromise candidate. It may be recalled that Anandiben and Narendra Modi had a tumultuous relationship. Anandiben is known to speak her mind. The Modi-Anandiben equation was like that of Advani-Uma Bharati equation. It is not distant memory how Uma challenged Advani and allegedly humiliated him in party meetings. Bhupendra Patel is a diehard follower of Anandiben. He was chairman of the Ahmedabad Urban Development Authority (AUDA). He knows how to ‘collect funds’ for the party. Being a first-timer, he will not be able to make noise!

Working president Gujarat Congress Hardik Patel tweeted: ‘The main reason for replacing Chief Minister Rupani !! The secret survey of RSS and BJP in August was shocking. Congress got 43% votes and 96-100 seats, BJP got 38% votes and 80-84 seats, AAP got 3% votes and 0 seats, MIM got 1% votes and 0 seats and all independents got 15% votes and 4 seats. Meanwhile, Aam Aadmi Party (AAP) leader Raghav Chadha told a press conference that the entry of the Aam Aadmi Party in Uttarakhand and Gujarat forced the BJP to remove the outgoing chief minister Vijay Rupani.

It remains to be seen how Narendra Modi will negate Amit Shah’s challenge and wrest control of the BJP.