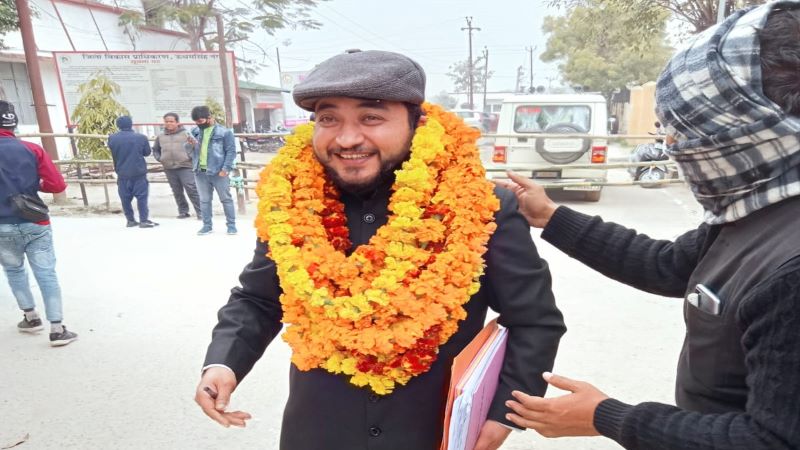 The All India Majlis Ittehadul Muslimeen (AIMIM) president Barrister Asaduddin Owaisi seems to have pulled a rabbit out of the hat, when he decided to field the Bareilly cleric Syed Asif Miyan from the prestigious Khatima Legislative Assembly constituency in the Uttarakhand elections against none other than the Chief Minister Pushkar Singh Dhami, a hardcore Rashtriya Swayam Sevak Sangh (RSS) worker from the age of 12. This is after Pushkar Singh Dhami started the polarization of voters in the name of the so-called ‘Land Jehad’ to keep away Muslims from buying land in Uttarakhand. Dhami took over six months ago as the Uttarakhand Chief Minister, the third one in two years. Dhami’s polarization began from day one in office.

The fake Covid report scam during the Kumbh Mela knocked the wind out of the BJP’s sails. The Covid mismanagement by the BJP Chief Ministers and the high rate of unemployment among the youth in Uttarakhand apart from the declining economy have piled up woes for the BJP in Uttarakhand. The farmers’ agitation and the ‘Khalistani’ accusation against the Sikhs have disenchanted the voters in no small measure. The high rate of unemployment among the Tharu tribals and the hounding of Muslims in Khatima is a sure-shot recipe for disaster for Dhami. The Thakur versus Brahmin divide is very pronounced in Khatima. It is significant to mention that Pushkar Singh Dhami will be facing his old rival Uttarakhand Congress Committee Working President Bhuwan Chandra Kapri, a strong Brahmin leader. It may be recalled that Kapri had lost the 2017 elections to Dhami by just 2,700 votes.

The Aam Admi Party (AAP) has named its former state chief SS Kler as its candidate in Khatima. He can significantly damage Pushkar Singh Dhami if the disenchanted voters reject both the BJP and the Congress. The soft Sanghi Arvind Kejriwal has already announced several sops and lollipops including free electricity and better education. The free Hindu pilgrimage is also another bait from Arvind Kejriwal. The AAP seems to be a third option.

It is the entry of the AIMIM’s candidate Syed Asif Miyan in Khatima that has stirred the hornets’ nest. Until now, the 20,000 Muslim votes were taken as granted by Congress. If there is a division of votes among Pushkar Singh Dhami, Bhuwan Chandra, and SS Kler, Asif Miyan may spring a surprise! Largely, the 30,000 Thakurs may vote for the BJP due to hardcore Hindutva and Dhami being their man. If the voters decide to punish the BJP for its circus of 3 chief ministers in 2 years and lack of development, then the writing is on the wall for Pushkar Singh Dhami. It may be recalled that no incumbent chief minister since 2012 has retained his seat in Uttarakhand. In 2017, not only the then chief minister Harish Singh Rawat but the Congress lost the polls to the BJP.

It remains to be seen if Syed Asif Miyan pushes Pushkar Singh Dhami out of contention in Khatima. If it happens, he will be dubbed as a giant killer!