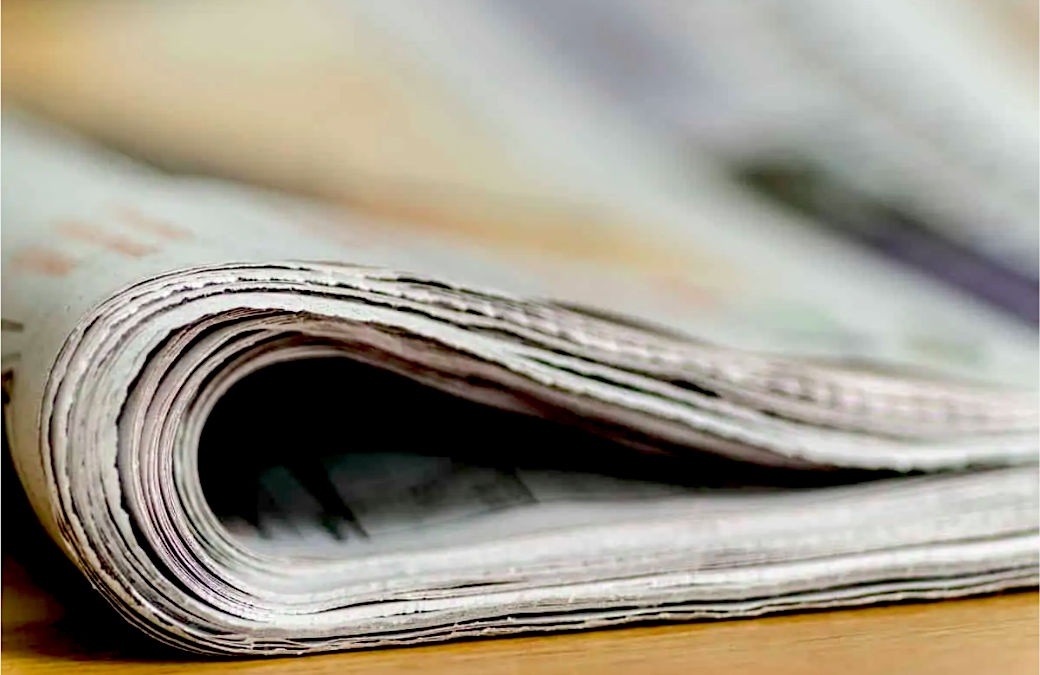 Urdu journalism completes glorious 200 years today! The first newspaper of Urdu language was Jam-i-Jahan-Numa. It was founded by Harihar Dutta on 27th March in 1822 in Kolkata (then Calcutta). This 3-page weekly paper was edited by Sadasukhlal. This newspaper was the gateway of vernacular journalism in the country, according to the Indian Journalists’ Union (IJU). It continued to be published until 1888. On 14th January 1850, Munshi Harsukh Rai established the weekly Kohinoor. In 1858, Manbir Kabiruddin published the Urdu Guide. It was the first Urdu daily from Calcutta. It may be recalled that Oudh Akhbar by Munshi Nawal Kishore was the first Urdu newspaper from the city of Nawabs and culture – Lucknow. It was started in 1858. There was a proliferation in Urdu journalism from the 1850s till Independence in 1947.

Delhi was the hub of Urdu journalism. Many Urdu journalists were freedom fighters. Maulvi Muhammed Baqar was the first journalist martyr who was tied to a cannon and blown to bits and pieces by the British during our freedom struggle.  The first Urdu newspapers of Delhi were Fawaid-ul-Nazarin and Kiran-us-Sadai. They were founded by Rama Chandra in 1852. The Urdu press in Delhi was not docile but it became highly critical of the British government. The Urdu Akhbar, edited by Syed Hasan highlighted many civic issues like drainage, sanitation, adulteration of food, and more importantly corruption. The Mughal rule was on its last legs and the British started injecting the poison of corruption and communalism from the 1850s onwards.

In 1877, Oudh Punch was the first humor magazine in Urdu. It was founded by Sajid Hussain. Women were not to be left behind as the first women’s journal in Urdu was Akhbar-un-Nisa. Darul Sultanat is one of the most important newspapers of the 19th century. It was started in 1881 by Shaikh Ahsanullah Sandagiri Dehlawi from Kolkata. Mathura Prasad Savmar was its Editor. It started as a weekly but later it was converted into a bi-weekly and then a tri-weekly.

It is significant to note that Urdu journalism took on a robust nationalistic tone towards the turn of the 20th century. Zameendar was started from Lahore in 1903. It was the first Urdu newspaper to subscribe to news agencies. Zameendar was passionately nationalistic. Its circulation was almost over 30,000 copies. In 1902, Maulvi Sanaullah Khan started the weekly Watan, meaning motherland. Watan was verily nationalistic and continued its publication for 33 years. Freedom fighter Maulana Muhammad Ali Jauhar started Naqeeb-e- Hamdard in 1912. The greatest Urdu periodical at that time was Al Hilal, started by Maulana Abul Kalam Azad at a very young age. The weekly Al-Hilal created political and religious consciousness among the Muslims of the sub-continent. It was one of the first Urdu newspapers which stressed content and presentation including the layout and design. It was similar to Egyptian newspapers. But its greatest value lay in its content. It supposedly addressed the readers in a new language, idiom, and style of expression. Maulana Azad became the first Education Minister in Independent India.
In 1919, the Pratap was started in Lahore by Mahshe Krishnan. It strongly supported Mahatma Gandhi’s policies and the Indian National Congress. It was a victim of government harassment and suspended publication several times. It had cultivated a great influence among the Urdu reading Hindus of Punjab and Delhi. In 1923, Swami Shraddhanand established the Tej. Lala Deshbandhu Gupta was the Editor. It was widely read in Rajasthan, U.P., and Delhi. It was confiscated several times by the British government. It was also banned in a number of princely states. Pandit Jawaharlal Nehru established the Qaumi Awaaz in 1945.

Urdu journalism suffered heavily, during and after the unfortunate Partition. In a press release, the IJU President K Sreenivas Reddy and General Secretary Balwinder Singh Jammu reminded that Urdu journalism has given the slogan ‘Inquilab Zindabad.’ The IJU has lamented that Urdu journalism was deprived of its status to a large extent after independence. On completion of 200 years of Urdu journalism, both the veteran journalists Sreenivas Reddy and Balwinder Singh have congratulated the Urdu journalists and non-journalists associated with the language. The IJU has appealed to the Union Government as well as different state governments to celebrate officially 200 years of completion of Urdu journalism. It urged the governments to encourage the Urdu language. Perhaps, the Government of Andhra Pradesh was anticipating this appeal to encourage the Urdu language.   The Andhra Pradesh Legislative Assembly, currently in its budget session, passed the Official Languages (Amendment) Bill, 2022.  Deputy Chief Minister Amjad Basha, on behalf of tourism minister Muttamsetti Srinivasa, tabled this bill and informed that it was intended to make Urdu the second official language in all the districts of Andhra Pradesh. He thanked Chief Minister Y S Jaganmohan Reddy for recognizing the prominence of the Urdu Language.

My first foray into Urdu journalism was during the Cyclone Phet which hit the Sultanate of Oman and the western Indian state of Gujarat in 2010. I had the honor of pioneering the news presentation in Urdu and Hindi languages on the Sultanate of Oman Television during Cyclone Phet. Thereafter, my weekly column appeared in Hyderabad’s Urdy Daily Etemaad from 2010 – 2016. My articles on a variety of topics have been quoted widely by Ph.D. scholars in their research. Dr. Abdur Rasheed Junaid, Resident Editor of Urdu Weekly Gawah, Hyderabad, documented my contribution to Urdu journalism in his thesis for Ph.D. in Urdu. The thesis is available at the library in Maulana Azad National Urdu University (MANUU) in Hyderabad.

A cursory glance at the meaningful contribution of Urdu journalism and Urdu journalists from the 1940s onwards in Hyderabad obviously presents a long list that cannot be accommodated here. I may be missing some stalwarts with due apologies. The Siasat, Rahber -e- Deccan to Rahnuma -e- Deccan, Munsif, and Etemaad have made significant contributions to the vernacular media in Andhra Pradesh and Telangana.

Nawab Abid Ali Khan, Mahboob Hussian Jigar nurtured Siasat into a credible and trustworthy Urdu newspaper. Later, Zahed Ali Khan and Zaheeruddin Ali Khan were instrumental in modernizing the newspaper apart from introducing Siasat in English and other languages in the 1990s. The Siasat English version carries notable features from experts in different fields. Recently, former intelligence officer and London-based researcher Ahmed Shareef Askander’s articles on the history and heritage of Deccan in Siasat were widely read and appreciated. Now, Amer Ali Khan, who has a nose for news, is the News Editor. He is guiding the destiny of Siasat. As Managing Editor of Siasat, Zaheeruddin Ali Khan, who is also an intellectual and a history – heritage enthusiast, has been striving for many social activities to empower women and other deprived sections of the society. Free coaching for various competitive examinations is another laudable initiative. Once, an RSS functionary came to have discussions with Zaheeruddin Ali Khan about the problems faced by the Muslim community. When the RSS leader stepped out of Siasat, he saw a BMW car showroom nearby. Impressed by Zaheeruddin’s foresight and his development work for the community, the RSS leader remarked that Zaheeruddin Ali Khan was ‘empowering the Muslim community to buy BMWs.’

Munsif Daily’s narration would be incomplete without mentioning its fiery founder Editor Mahmood Ansari, the fearless Editor who called a spade a spade and minced no words in his editorials. Rahnuma -e- Deccan in its earlier existence as Rahber -e- Deccan was founded by Syed Yousufuddin, my paternal grandfather’s cousin. Later, Syed Vicaruddin, former chairman, Indo-Arab League, took Rahnuma to new heights. Many Urdu journalists rose to national fame with sheer dint of their hard work. Naseem Arifi, who edited Munsif and Etemaad at different times, Aziz Ahmed of Blitz fame, presently Joint Editor, Etemaad, Faiz Mohammed Asghar, who barged into Congress Legislature Party (CLP) meeting to get the name of the next chief minister right for Siasat, M A Majid, member, Press Council of India, presently Editor 4 TV, Rumani of Munsif, Siasat’s Mubashiruddin Khurram and Riyasat Ali Khan, Dr. Fazil Hussain Parvez, Editor, Gawah, stand tall among the Urdu journalists. Among the electronic media journalists in Urdu, Tahseen Munawwar, Anees ur Rahman, Khurshid Rabbani, Hina Zubair, Sana Waris, Jeelani, Dr. Mehtab Alam – all from News 18 Urdu, Syed Inam ur Rahman Ghayur, Founder Ruby TV, and others have made immense contributions to Urdu journalism in India. Ghayur is an intellectual, who loves flying kites and caring for the history and heritage of Telangana.

The promotion of the Urdu language must go beyond token announcements by governments. Concrete measures must be taken to implement Urdu as the second official language at the Centre and the states.