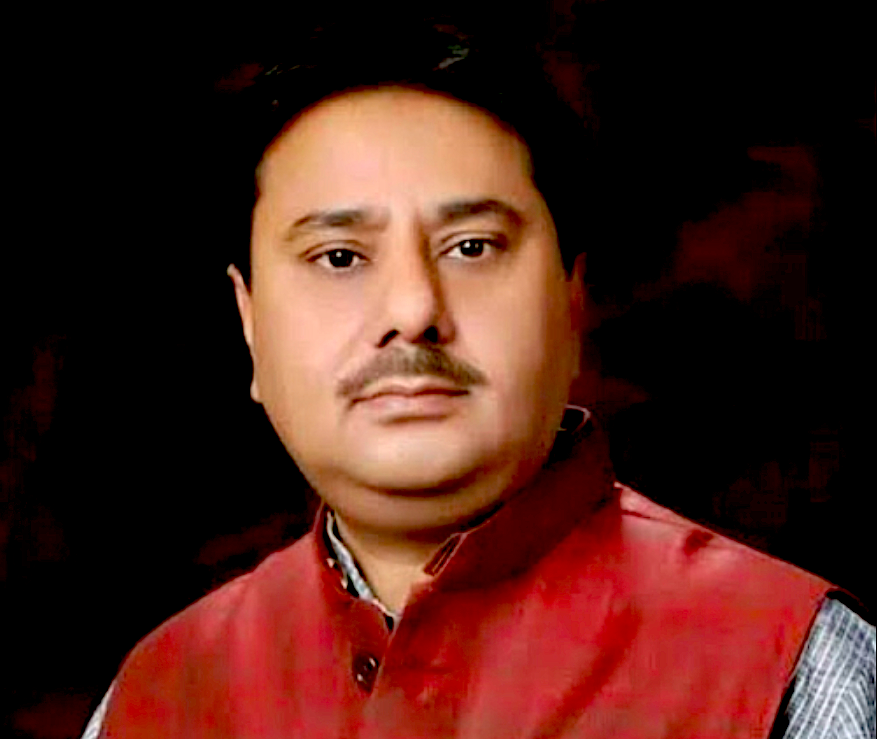 Shah Alam means the King of the world. He may not be the real king. But the Shah Alam @Guddu Jamali referred here is trying his luck once more to be crowned by the voters of Mubarakpur for the third successive time. The Bahujan Samaj Party (BSP) chief Mayawati once had Shah Jamali as her rich blue-eyed boy. The All India Majlis Ittehad ul Muslimeen (AIMIM) was considered a safer option by Shah Alam to contest the elections this time. Which party will not want a money bag? Shah Alam is worth Rs 195.8 crores in 2022. Shah Alam is a postgraduate while his closest Samajwadi Party (SP) rival Akhilesh Yadav is a 12th class pass. Akhilesh Yadav is the name sake of SP chief Akhilesh Yadav. The Bharatiya Janata Party (BJP) has fielded Arvind Jaiswal. Abdus Salam is the BSP candidate.

In the 2017 elections, Shah Alam trumped Akhilesh Yadav by a slender margin. Political equations have changed much since then. Shah Alam is hugely popular among all the communities because he is accessible. He helped his constituents during the Covid-19 crisis without any distinction. His magnanimity has endeared him to all sections of society. The Samajwadi Party (SP) may gain some extra votes as Maurya leader Swami Prasad joined the SP recently. Will this be enough for SP to pose a tough challenge to Shah Alam? If the Muslims and the Dalits come together then Abdus Salam of BSP can make the fight a triangular one. The Bulldozer Baba Adityanath may like to see the back of Shah Alam in this election but the BJP seems to be fighting a losing battle as politics of threats and polarization does not get currency in Mubarakpur.

The AIMIM chief Asaduddin Owaisi was in Mubarakpur yesterday to campaign for Shah Alam and other Bhagidaari Morcha candidates. At an election rally, the learned Barrister Owaisi made an emotional pitch to strike a chord with the Mubarakpur voters. He took the masses down memory lane and recalled the sacrifices and services of the AIMIM during the last 63 years. He marked the 64th year of revival of AIMIM by recalling incidents from personal experiences. There was a palpable sense of pain in Asad Owaisi’s voice when he informed the audience that in the 1990s, police had rained lathi blows on his head which required 18 stitches. He defended his younger brother and Majlis Legislature Party leader in Telangana, Akbaruddin Owaisi, and castigated their rivals for spreading communal canards against Akbaruddin Owaisi. Asaduddin Owaisi recalled that Akbaruddin Owaisi got crores of rupees approved in the Telangana Legislative Assembly for Hindu temples in his Chandrayangutta Assembly Constituency.

Asaduddin Owaisi declared that ‘Godse ki Aulad’ cannot silence him even though they may shoot as many bullets at him as they want. He wanted the community to produce leaders instead of following others who have cheated them time and again. Among those seated on the dais included the Majlis candidate Shah Alam from Mubarakpur, other Majlis candidates — Pankaj Maurya from Sikri, Qamar Kamal from Azamgarh, Abdullah from Gopalpur, Abdur Rahman from Nizamabad, and Jan Adhikar party candidate Mahender Pratap from Mohammedabad. The Majlis UP unit president Shaukat Ali and UP Majlis unit in – charge Majid Hussain, former mayor of Hyderabad also attended the election rally.

The huge crowd at the Mubarakpur rally signaled that Azamgarh will throw up many surprises for the SP, BSP, and the BJP. Congress is not even in the picture. When Asaduddin Owaisi picks up the phone after counting on 10th March 2022, he is likely to hear excited cries of congratulations — Mubarak! Mubarak! from Mubarakpur with crowning glory for Shah Alam. With the ‘Mughal’ Shah Alam’s coronation, the Bulldozer Baba may need cetirizine to go to sleep!