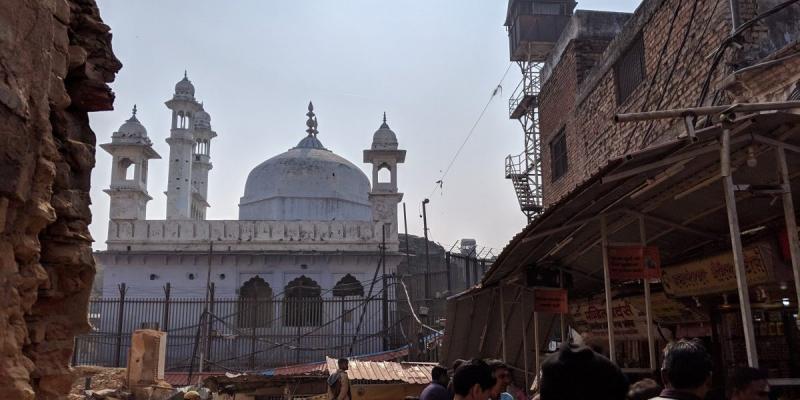 Rais Ahmad Ansari, an advocate of the Anjuman Intezamia Masjid Committee that manages the Gyanvapi mosque in Varanasi, has called petitioners’ claim about a “shivling” being found at the mosque as totally “misleading”. “There’s only a fountain in the mosque’s wuzu khana,” (Ablution Area) Ansari disclosed.

The All India Muslim Personal Law Board (AIMPLB) General Secretary, Maulana Khalid Saifullah Rahmani declared, “Gyanvapi is a mosque and will remain a mosque. The attempt to transform it into a temple is nothing more than a conspiracy to spread hate by communal forces.” The board termed the survey, its report, and the sealing of ‘wuzu khana’ as gross injustice to Muslims. In a statement issued late on Monday evening, the AIMPLB opined that the current situation created about the Gyanvapi mosque was completely unacceptable to Muslims. It has condemned the survey of Varanasi’s Gyanvapi masjid and sealing of ‘wuzu khana’  —  the ablution area.

The AIMPLB is an apex Sharia body in India and guides the Muslim community on Islamic jurisprudence. It is in the forefront of protecting mosques from Hindutva bigots, who want to divide the country with hate and violence against Muslims all over India. It must think out of the box and not restrict itself to legal means when the judiciary at all levels seems to be not favoring the kind of judgments delivered on mosques and Hijab becoming the order of the day. The Hindutva extremists do not recognize the rule of law. They are totally against the Constitution of India, democracy, and secularism. Mob violence, maha panchayat, lynchings, riots, genocide calls against Muslims, illegal religious processions every other day, brandishing of swords, knives, and pistols, and raising provocative and vulgar slogans with DJ music at the time of prayers in front of the mosques during illegal processions is the Hindu Rashtra in the making!

Reacting to the false claim of a shivling being found at Gyanvapi premises, the All India Majlis Ittehadul Muslimeen (AIMIM) president, Asaduddin Owaisi, MP observed, “It is a fountain, not ‘shivling’. Every masjid has this fountain. Why the claim was not raised by the commissioner of the Court? questioned the barrister. The order of sealing the spot is a violation of the 1991 Act,” thundered the AIMIM chief Asaduddin Owaisi.

It seems the matter was not heard by the apex court to stop the video survey. Is it to keep the pot boiling? What is the use of hearing in the apex court now? Is it to legitimize the obviously false, misleading, and baseless claims of finding the shivling? The judicial conscience must be clean and show no bias in any case.