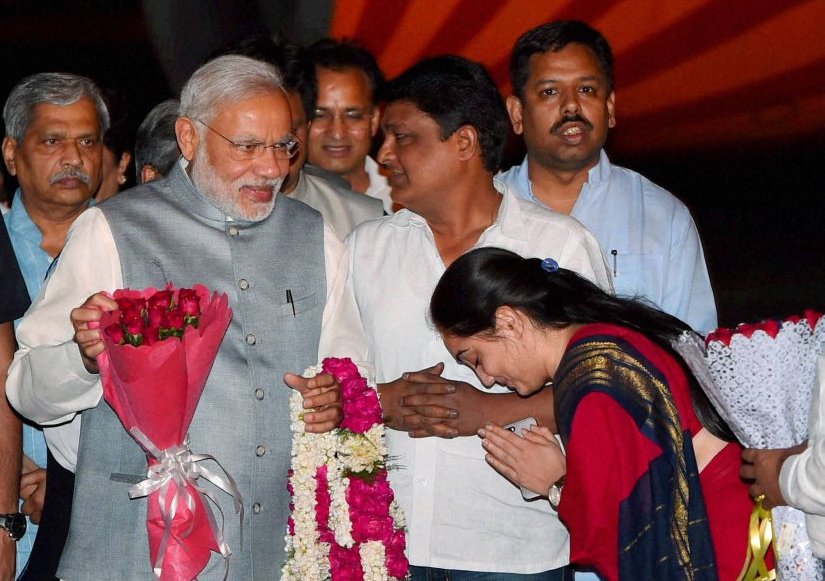 The Government of Qatar on Sunday summoned India’s envoy Deepak Mittal and lodged a strong protest against the “insulting remarks” made by the ruling Bharatiya Janata Party’s suspended, expelled, and extremist leaders Nupur Sharma and Naveen Jindal about Prophet Mohammed (Peace Be Upon Him). Qatar has demanded that the Government of India should publicly apologise and immediately condemn the remarks made by the BJP leaders. Qatar pointed out that allowing such Islamophobic remarks to continue without punishment would constitute “a grave danger to the protection of human rights and may lead to further prejudice and marginalization, which will create a cycle of violence and hate.”

The Indian Ambassador to Qatar Deepak Mittal lied to Qatar and said that the insult was the work of the ‘fringe elements.’ A definition of an ambassador is that ‘an ambassador is a person who lies abroad for the sake of the country.’ Deepak Mittal is a true ambassador. He lied by his teeth. The world knows that the disgraced Nupur Sharma was the official spokesperson of the ruling extremist Bharatiya Janata Party (BJP) and reported directly to Prime Minister Narendra Modi for articulation of the Modi government’s views on television. Critics point out that it is not possible that Nupur Sharma abused the Prophet without Narendra Modi’s alleged approval and encouragement. The picture above clearly shows how close Nupur Sharma is to Narendra Modi. Nupur Sharma can be seen bowing to Narendra Modi and perhaps seeking his approval for the Islamophobic rants to be barked on the anti-Muslim, pro-Hindu extremist channels like the Times Now, India Today, Republic, etc. The ambassador also lied that ‘strong action’ has been taken for the insults. Ambassador Deepak Mittal is likely to be rewarded with a BJP ticket for the 2024 elections to Parliament. The truth is both the abusers of the Prophet – Nupur Sharma and Naveen Jindal have not been arrested despite the worldwide furor against their blasphemy. Both Nupur Sharma and Naveen Jindal are not the fringe elements but have been serial abusers of Muslims while they were the BJP spokespersons.

Kuwait has also condemned the derogatory remarks against the Prophet of Islam (Peace Be Upon Him). The Indian Ambassador to Kuwait Sibi George was summoned at the foreign office and given a dressing down. He toed a line similar to Deepak Mittal and blamed it on the ‘fringe elements. The fanatic Hindu government led by Narendra  Modi will be very pleased with these ambassadors toeing a strong Hindutva line and not accepting the grave mistake of abusing the Prophet. Saudi Arabia and Iran have also condemned the deplorable insults against the Prophet.

Meanwhile, the common Arabs have reacted with an angry boycott of Indian goods. Many supermarkets in Saudi Arabia, Kuwait, and Qatar have started removing Indian products from the shelves.

Randeep Singh Surjewala, Congress party General Secretary said, “BJP’s statement today saying it is, ‘strongly against any ideology which insults or demeans any sect or religion’ is nothing but a blatantly counterfeit pretence, which is evidently farce and another sham attempt at damage control.”

Surjewala opined that the BJP and its shenanigans have repeatedly and by design insulted India’s centuries-old civilizational ethos of ‘Vasudhaiva Kutumbakam’ by constantly pitting one community and religion against another to polarise, divide and spread hatred.

He stressed that the BJP and the Modi Government are now founded upon religious violence, divisive conservatism, and nurturing hatred to secure vote-bank politics. None less than the Prime Minister and the BJP Chief Ministers, of the ilk of Yogi Adityanath, have introduced a new political vocabulary of State-sponsored division of Society, i.e. “Shamshan-Kabristan”, “80 vs 20”, “bulldozer”, and it is now entirely centered upon creating, propagating, promoting and executing a wedge between religions and communities based on what they wear, what they eat, how they live, how they celebrate their religion or even how they speak.

The Congress spokesman alleged that the truth is that the BJP has pushed India into a dark age of religious polarisation to subserve its parochial political agenda in the short term. Its leaders, as well as workers, have perpetrated only one thing and that is creating a schism in India’s universally celebrated idea of unity in diversity.

“The BJP and its leadership need to rethink the irreparable damage being caused to the polity by their insatiable lust for power. Resultantly, Sikhs, Muslims, and Christians as also SC, ST, and OBCs have had to face the wrath of lumpen elements backed by State Power. This cannot be the central theme of any political party.”

“The placatory expulsion of two key members and spokespersons of the BJP from its primary membership, done obviously under duress of threats from external powers, exposes the much-touted ‘muscular posturing’ and positioning of the BJP and the Modi Government.” he analysed.

Following the diplomatic upheaval, the Telangana Rashtra Samiti (TRS) Working President K T Rama Rao  (KTR) questioned Prime Minister of India Narendra Modi, ‘Why should India as a country apologise to the international community for the hate speeches of BJP bigots? It is BJP that should apologise; not India as a Nation’. KTR further tweeted, ‘Your party should first apologise to Indians at home for spewing and spreading hatred day in and day out.’  “If the BJP truly respects all religions equally, should you also not suspend the Telangana BJP chief (Bandi Sanjay) who made an open public statement wanting to dig up all the mosques and impose a ban on Urdu?” tweeted TRS leader. “Why this selective treatment @Nadda Ji? Any clarification?” KTR questioned the BJP national President J.P. Nadda.

The Prophet abusers Nupur Sharma and Naveen Jindal were not arrested but more than 800 Muslims were arrested in Kanpur for protesting against the insulting remarks. Their houses will also be bulldozed asserted the police. The questions remain: Who is stopping Narendra Modi Government from arresting Nupur Sharma and other bigots under UAPA? Who is stopping Telangana’s KCR government from arresting Bandi Sanjay under UAPA?