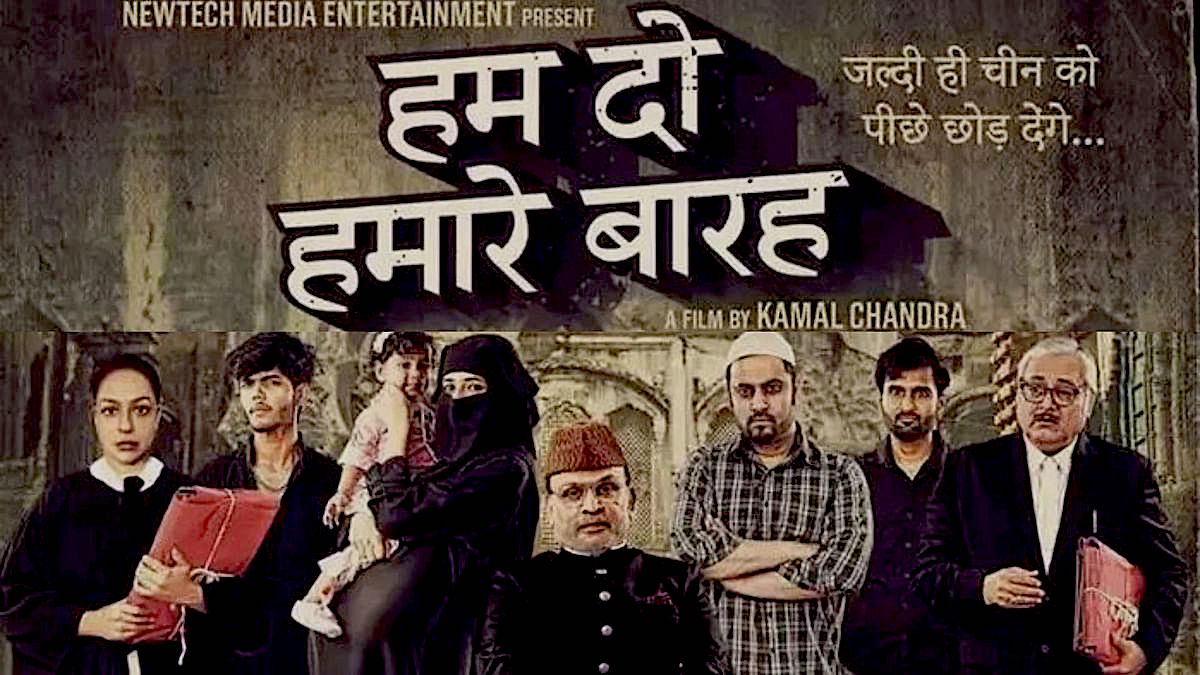 The Islamophobic and lecherous Bollywood is at it yet again! Playing to the script of the anti-Muslim narrative with the intention to malign the Muslim community at large, Director kamal Chandra and the alleged womanizer and drunkard Annu Kapoor have teamed up to mock at Muslims’ so-called producing a dozen children or more.

The poster of the upcoming Hindi movie – Hum Do Hamare Baarah – featuring the disgusting actor Annu Kapoor launched on August 5, has created a storm and has given rise to several fueds on Twitter. The poster for the movie portrays the head of a Muslim family played by Annu Kapoor surrounded by his 11 children and a pregnant wife. The poster caught the attention of many as it depicted a Muslim family and evoked outrage among Twitteratis. Many eminent journalists including Rana Ayyub have slammed the biased censor board, saying that the poster was a blunt representation of Islamophobia. She questioned how films that depict Muslims in a bad light get an easy pass.

Reacting to the criticism, Hum Do Hamare Baarah’s upstart director, Kamal Chandra, defended the poster and refuted claims that it targets a certain section of society. He said the film talks about the ‘population explosion’ in the country.

“The film is not objectionable at all. It needs to be seen in the right context,” he added. He sounded confident that his film ‘Hum Do Hamare Baarah’ will be received with a positive response from the public:  “I am sure people will be happy to see one of the most relevant issues of our times on population growth and we are making it without any prejudice and hurting sentiments of any particular community.” When queried why he chose a Muslim family to depict his idea of population explosion, Chandra explained with a lame excuse: “Today, people from one particular community are feeling that they are being targeted through our film. If we would have made a poster reflecting any other community, they would have said the same thing. I feel that cinema is the best medium to express our thoughts and feelings. I urge everyone to not make an issue out of this.”

However, the internet seems to be divided with many opposing the blatant targeting of a minority community and another certain section of people who have come out in support of the film. Kamal Chandra should not be allowed to laugh his way to the bank by slinging mud at the Muslim community.

The film must be banned for peace and harmony in the country. The Censor Board must be brought to senses by the judiciary.