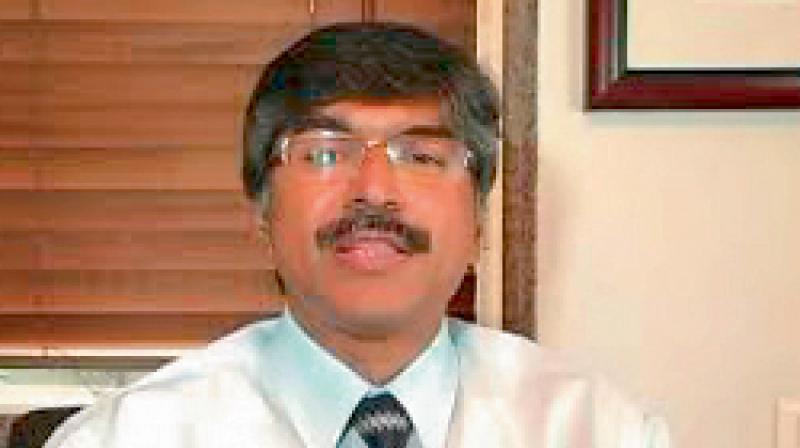 Reputed but now disgraced Hyderabad-based pulmonologist Dr. B Vijay Bhaskar, accused of sexually assaulting a woman at his clinic in Secunderabad in 2016, was sentenced to rigorous imprisonment for 10 years by a city court. It may be recalled that Dr. Bhaskar was the first candidate to get a doctorate in pulmonary medicine in India. But there seems to be a mismatch between Dr. Bhaskar’s exceptional qualifications and ethics.

Dr. Bhaskar, who has been running Bhaskar’s Chest Clinic opposite the Regional Passport Office in Secunderabad, committed the alleged offence, when the victim, who was then 59, came to him for treatment of respiratory illness. Making the victim believe that it was a part of the medical procedure, he crossed the medical boundaries and allegedly sexually assaulted the victim. The Xl Additional Metropolitan Session Court at Nampally relied on the victim’s statement, and medical and scientific evidence submitted by the prosecution and pronounced the verdict on Monday. The court also directed Dr. Bhaskar to pay a fine of Rs.5,000.

It is said that the victim was a regular patient of Dr. Bhaskar. In May 2016, when she came to him for treatment, Dr. Bhaskar during physical examination descended too far from the throat, chest, lungs and went down to forbidden territory. He allegedly touched her private parts saying that was part of the treatment. In October 2016 again, when she returned to him for treatment, the victim noticed that another young woman along with her mother inside the doctor’s chamber was livid and confronting him angrily.

Once out of the chamber, the woman informed the victim that the doctor had touched this woman also inappropriately and abused her sexually. The victim then lodged a complaint at the Gopalapuram police station. After this, a case was booked against Dr. Bhaskar. He was arrested and sent to judicial remand. The police filed a chargesheet and the court took up the trial. After hearing the victim, other witnesses, and the evidence submitted before it, the court found Dr. Bhaskar guilty of the offences charged against him and sentenced him to rigorous imprisonment for 10 years. Dr. Bhaskar is planning to appeal against his sentencing.

Medicine is a noble profession. Many health professionals including doctors and nurses worked day and night during the Covid-19 pandemic. Some of them lost their lives in the line of duty. But there are some people in white coats, who sully the image of the noble profession with their black deeds. People go to doctors for relief from sickness and not for a paid sexual assault and psychological trauma. They pay fees for their treatment. Pulmonologists should not try to locate the nasal cavity and throat inside a vag*na!

Dr. Bhaskar is going in for an appeal against his sentencing. He has a right to do so. However, if the higher court also finds him guilty and retains the sentence, the fine amount should be revised to at least Rs. 5 lakhs and the victim can be compensated. This can deter the predators and limit their unhindered exploration in the future.