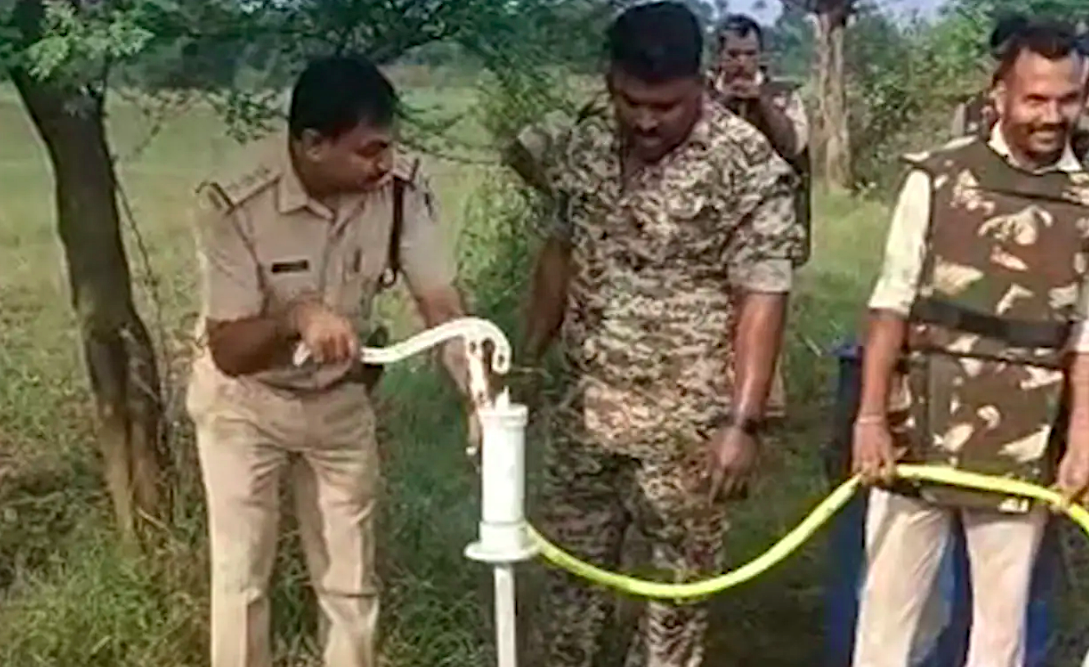 Fourteen people died in a hooch tragedy in Ujjain in October 2020 while 24 people were killed in Morena in January 2021 after consuming illicit liquor. The dance of death will continue in the Bharatiya Janata Party (BJP) ruled Madhya Pradesh in the years to come also as there is no stopping illicit liquor. Hand pumps are generally associated with supplying water but in Bhanpura village near Guna in Madhya Pradesh, hand pumps spew out liquor! Police raided the Bhanpura village on Monday and during a search, they recovered a total of eight drums filled with raw liquor buried underground or hidden under fodder in agriculture fields. “A hand pump attached with the drums of raw liquor hidden underground was also recovered. When police personnel started pumping it, liquor started coming out from the other end, which was joined by a pipe,” disclosed Guna Superintendent of Police, Pankaj Shrivastava.

The SP admitted that police conducted the raid on a tip-off but the persons involved in the sale of illegal liquor managed to flee. “Police have identified eight persons and a search is on to nab them,” the police chief said. He said the village is dominated by a community and country-made liquor is being produced in almost every household there. The police had conducted raids in the past also. Further investigation is underway, he added. Did the police make efforts to wean away the illicit liquor mafia and rehabilitate them? The answer will perhaps be resounding ‘No!’ Is it correct on the part of the administration to blame a ‘community?’ How long will passing the buck go on?

There is a scarcity of water but illicit liquor is abundant in supply in Shivraj Mama’s rule. Shivraj Mama as the Madhya Pradesh Chief Minister Shivraj Singh Chauhan is fondly called, seems to be fighting a losing political battle against the liquor mafia and internal sabotage by Uma Bharathi, the rabble-rouser who allegedly incited the destruction of the Babri Masjid in Ayodhya. Uma was present at the time of the demolition of the Babri Masjid and it is photographic and video evidence of Uma Bharathi jumping onto the back of Murli Manohar Joshi in a wild celebration. There is a three-way battle for the chief minister’s post among Shivraj Singh, Uma Bharathi, and Guna strongman and union minister Jyotiraditya Scindia, who sold his soul at the feet of Narendra Modi about two years ago.

Hindu Hriday Samrat Narendra Modi brooks no opposition within or outside. It may be recalled that the once powerful Shivraj Singh Chauhan was kicked out of the BJP Parliamentary Board recently. This cutting to the size of Shivraj Singh is not a new phenomenon. The other leader of substance with a huge following, Union Minister for Road Transport Nitin Gadkari was also literally transported to the road (Road pe La Diye) from the BJP Parliamentary Board. Turncoat from the Congress Jyotiraditya has been asked to bide his time till the next elections.

As long as corruption and political connections persist, the common man will fall prey to the illicit liquor in Madhya Pradesh or anywhere else with the ‘dry state’ slogan remaining on paper.