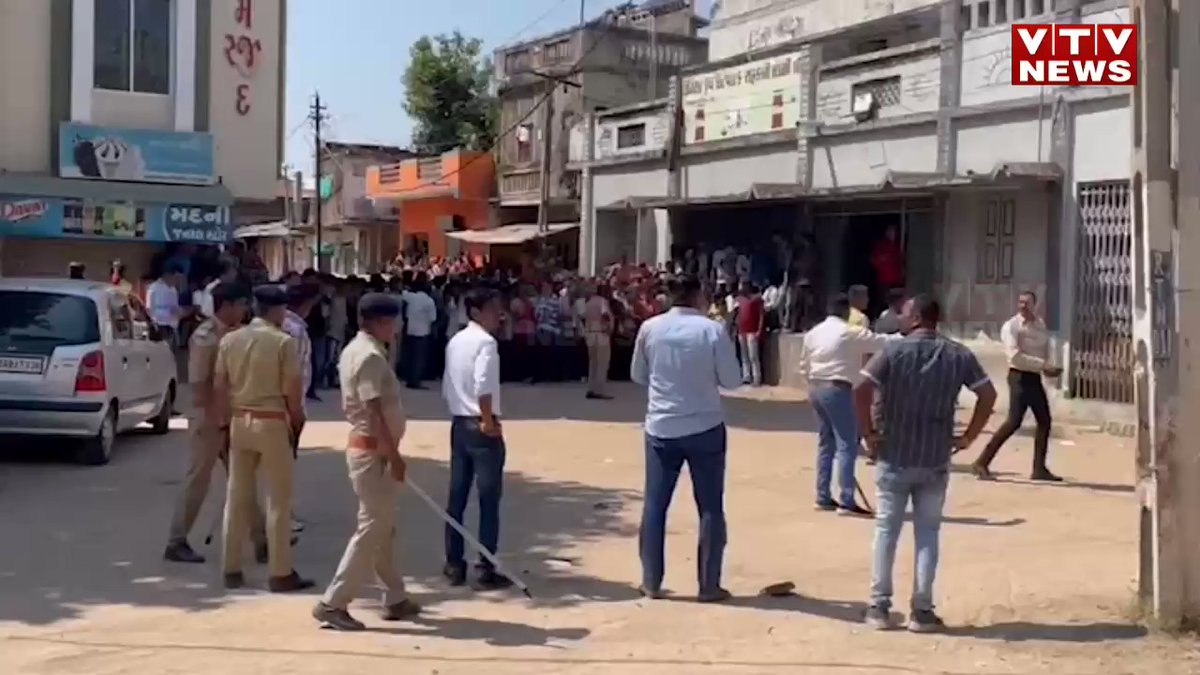 Prime Minister Narendra Modi’s home state Gujarat has set a new precedent in state-inflicted violence where nine Muslim men were tied to a pole and allegedly flogged by plainclothes policemen amidst cheering and provocative saffron slogans by the communal hotheads. The senior police officials are seen in police uniforms in the video. The men were accused of stone pelting at a Garba event in the Kheda district. The police could not produce any video or documentary evidence of stone pelting. The Kangaroo Court justice by the Gujarat Chief Minister Bhupendra Patel’s police is aimed at resurrecting the falling political fortunes of the chief minister and the Bharatiya Janata Party (BJP) in the wake of acute unemployment and alleged corruption.

According to district police officials, the village chief organized the Garba celebration in the community’s center, which is close to a mosque and a temple. When a group from the opposing community arrived and ordered the women and men to stop, they were still taking part in the celebration. “During Navratri celebrations in Undhela village last night, a group led by two people named Arif and Zahir started creating a disturbance. Later, they pelted stones in which 6 got injured,” said Rajesh Gadhiya, a senior police officer from Kheda, according to ANI news agency.

Does the police think that there is no need for courts of law? Are policemen law unto themselves? There is a remote chance that the Gujarat High Court will take suo motu notice of the flogging incident. This comes just days after the new Hindutva mascot S Jaishankar, who happens to be the Foreign Minister of India, brought a contingent of 50 foreign diplomats to showcase Garba in Gujarat. Jaishankar should have led the diplomats to Kheda also to witness how the kangaroo court rendered ‘instant justice’ to Muslims in the so-called Hindu Rashtra. Meanwhile, if any of the human rights agencies or any foreign governments raise a hue and cry over the flogging incident, the true patriot Jaishankar will brush it aside as ‘an internal matter’ of India.

The hardcore Godi media was full of hate and contempt for Muslims. The local Gujarati television channel VTV, which aired the flogging incident added fuel to the communal fire by its instigation while reporting:

“10-11 heretics were brought to the village, where the police taught them a lesson in public” in Undhela village.

In Narendra Modi’s Gujarat, stone pelting is a bigger crime, for which the accused have to be punished instantly, than gang rape and murder. The kind and magnanimous Narendra Modi facilitated the release of the 11 Hindu gang-rape and murder convicts in the Bilkis Banu case and ensured that they were garlanded and facilitated for their ‘acts of bravery’ by their villagers.

It is significant to note that the Kheda district was once a part of the erstwhile Kingdom of Balasinor ruled by His Highness Nawab Mohammed Salabat Khan (real name: Abdul Aziz) of the Babi dynasty. The Nawab was 2 years old in 1948 when his mother and regent signed the instrument of accession to India. Adjoining the Nawab’s palace is the world’s second-largest Dinosaur hatchery site and third-largest fossil park, managed by the Forest department under the guidance of Princess Aaliya Sultana. His Highness Salabat Khan had kindly hosted lunch for me at his palace and sat all through even though it was time for his afternoon siesta. The blessed Nawab passed away in 2018. I happened to steal some precious moments from Legislative Assembly elections reporting in December 2012 to go to Balasinor – the land of the friendly people known for peace and harmony.

It is for the nation to decide if we should revert back to Kangaroo courts. At least, some taxpayers’ money will be saved and there will be no Taarikh pe Taarikh! Some extra expenditure on sticks, belts, and hunters will have to be incurred for supplying these to the brave police! So, what if Muslims are flogged? Bhaiyon, Behnon! Sab ka Saath, Sab ka Vikaas!