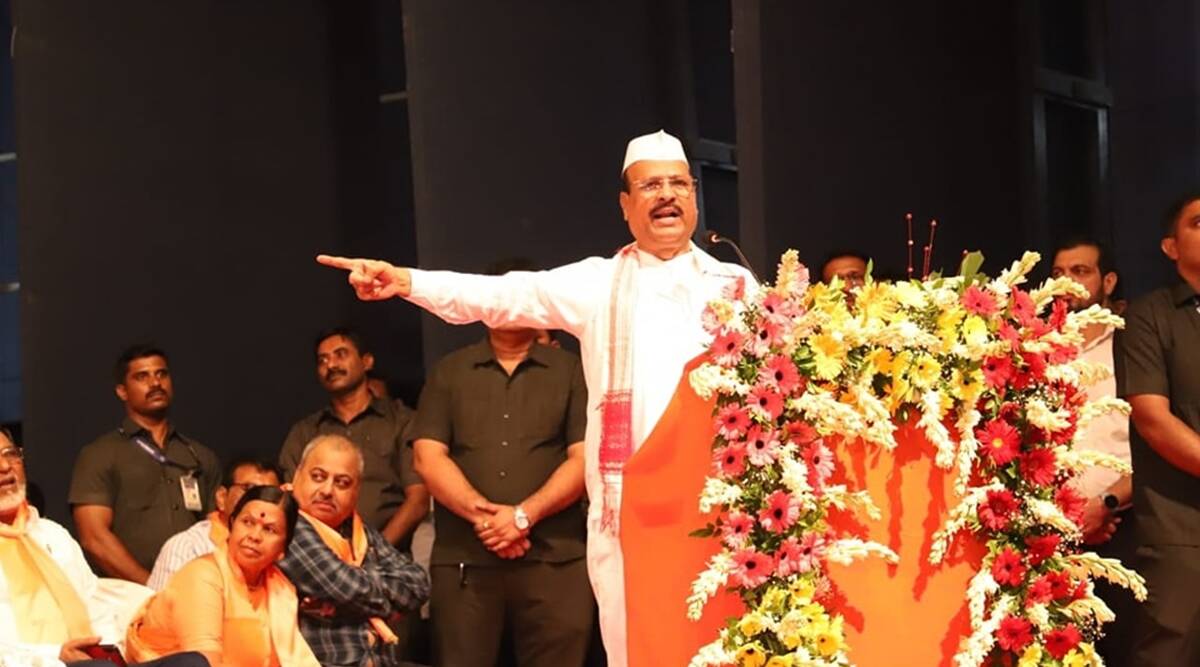 Maharashtra Agriculture Minister Abdul Sattar on Tuesday launched an attack on Shiv Sena MLA Aaditya Thackeray daring him to face an election by resigning from his constituency. The Sillod legislator Sattar said he is ready to tender his resignation within a week if Chief Minister (CM) Eknath Shinde allows him and face a byelection from the Sillod constituency in Aurangabad district. This comes days after Aaditya said that MLAs loyal to CM Shinde will realise their standing in public in the 2024 elections. Aaditya and other leaders of the Shiv Sena (Uddhav Balasaheb Thackeray) had been throwing a challenge to the 40 MLAs of the Shinde camp to resign and face elections.

“My challenge still stands. Even if he (Aaditya Thackeray) does not tender his resignation and if the CM permits me, I can resign within one week and face election,” Sattar told the media in Pune. “I had already spoken to the Chief Minister and Deputy CM over the issue of giving assistance to farmers. Once we receive all panchnamas, the Cabinet will approve the financial assistance,” he announced. The ebullient Sattar came down heavily on former Chief Minister Uddhav Thackeray for his “two-and-a-half hour” visit to rain-hit farmers in the Aurangabad district. He also targeted Uddhav’s son Aaditya over his visit to farms of rain-hit farmers.

Abdul Sattar claimed that Uddhav Thackeray had visited farms for just 24 minutes. “What did he see in 24 minutes? I do not know. When he was the chief minister, he had said affected farmers should be paid Rs 50,000 per hectare but he seems to have forgotten his words,” reminded the mercurial Sattar in his inimitable style. Sattar is a farmer himself and he has been holding on to his fort in Sillod from whichever party he contests. He knows his onions! He and his spouse together hold declared assets of Rs 20 Crore and a surprising fact is that the couple has housing loans! Our politicians really bank on the foolishness of the people who elect them term after term.

The historical Aurangabad is known all over the world for the famous Ajanta and Ellora Caves. The Shiv Sena was very strong before the split. This does not trouble Abdul Sattar in the event of fresh elections. He has friends across political parties. Though politically on the opposite side of the political spectrum, Abdul Sattar has a good equation with Maharashtra unit president of the All India Majlis Ittehadul Muslimeen (AIMIM) Imtiyaz Jaleel, MP. In March this year, Imtiyaz Jaleel speaking at a function in Pune had gracefully disclosed that Abdul Sattar’s clout made his victory possible in the last Lok Sabha elections. Perhaps, Sattar is expecting the favour to be returned by Jaleel. Though there may not be an open alliance with AIMIM, Sattar may be banking on tacit support. Uddhav’s Sena may not be able to defeat Sattar as its cadre is vertically split. The electors in Sillod may like to benefit from their legislator being a minister, who can get funds for development. Financial assistance to the farmers is in the pipeline. Nobody likes to stop the goodies coming their way!

Uddhav Thackeray and Aaditya Thackeray may cut a sorry figure if Abdul Sattar emerges victorious in the event of fresh elections. The demoralizing effect may rub on to the entire Uddhav Sena cadre all over the state. Sometimes, keeping peace politically is the best option! But the question is: Do politicians understand?