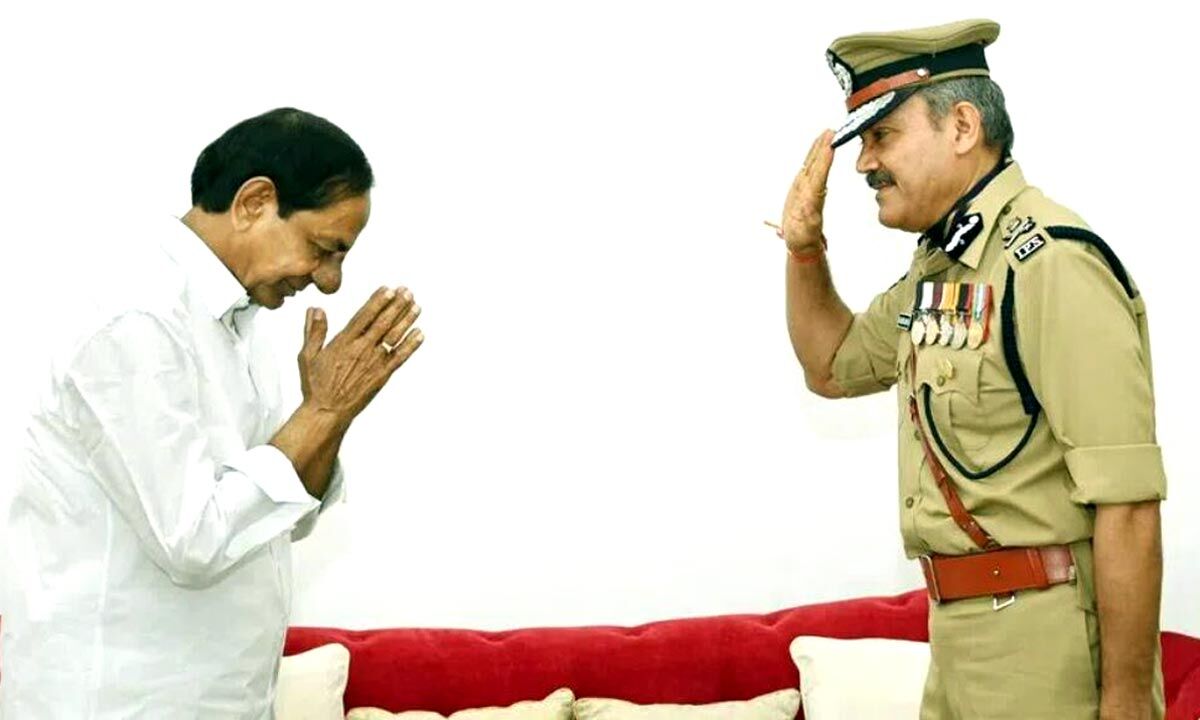 The popular police officer Anjani Kumar, Indian Police Service (IPS) has taken over as the new Director General of Police (DGP) from the outgoing DGP Mahender Reddy in the Telangana State. Handling law and order efficiently as the Commissioner of Hyderabad City Police some time ago and loyalty to the Chief Minister K Chandrasekhar Rao (KCR) saw to it that Anjani Kumar was cherry-picked for the top cop’s job. The citizens of the state welcome the appointment of the honest and workaholic Anjani Kumar.

With all the encomiums paid to the smart police officer, it is time to show the mirror to Anjani Kumar to improve his performance. Anjani Kumar had failed on two counts as Commissioner. Firstly, he did not deal successfully with the hate cascade of the notorious Bharatiya Janata Party (BJP) leader and Prophet abuser Raja Singh. Though more than 100 cases were registered against Raja Singh, no convincing efforts were made for his conviction. The cases were registered for name sake only. Anjani Kumar could not displease Union Home Minister Amit Shah. He did not want to invite his wrath. Now that Anjani has become the DGP, there is hardly anything more to aspire for unless he has political ambitions. The cases against Raja Singh must be taken to a logical end by securing a conviction. When there is peace, there will be economic development. Nobody understands this better than Anjani Kumar as he himself observed during his taking charge as DGP that ‘Police are seen as partners in economic development in Telangana.’ “We have to take it to the next high level. Telangana is the engine of growth for the entire country across segments like electricity, encouraging farmers, the safety of women, and the welfare of children and weaker sections. And of course, the challenges that come with rapid urbanization.”

Secondly, adequate security must be provided to people inside and outside the 400-year-old Makkah Masjid. “A uniform systemic response is a must for every situation-from the remote areas of Eturnagaram to the IT hub in the financial district, from Eeglapenta to the swanky campus of Madhapur. This process has to be made more and more efficient on an everyday basis,” Anjani Kumar boasted. The above words made me laugh. Is the police force walking the talk in reality?

Anjani Kumar should ask the KCR Government to have a separate Makkah Masjid Security Force of 300 commandoes working in 3 shifts, headed by a serving IPS Officer, who may or may not be a Muslim. Any hardworking and alert officer can do the job. What happened to bring the Makkah Masjid bomb blast terrorists to justice? Why is no departmental action taken against the policemen who fired on the panic-stricken worshippers leaving the Masjid after the blasts? Anjani Kumar must work on these issues to get a sense of closure for the kith and kin of the martyrs by securing the conviction of the terrorists. Anjani Kumar cannot wash his hands off saying that the blasts did not happen during his tenure. There is continuity in the police force. The next General must regain the territory lost! Now, Anjani Kumar is the General!

Let me point out to the lack of adequate security at Makkah Masjid. This incident happened during the last year of Anjani Kumar’s stint as the Commissioner. On Miladunnabi day, there is an exhibition of Prophet Muhammed’s relics. Huge crowds gather. Some policemen are posted inside the Masjid. Are they doing their job well? Are the cameras inside the Masjid functioning? The answers to these questions will be negative. During the recital of the Salam, people move closer. Mobile phone thieves operate with impunity. A journalist’s son’s phone was picked from inside his pocket! The matter was reported to the Hussaini Alam Police Station by the uncle of the teenager within one hour of the theft. The uncle worked in the DGP’s office. He pursued the matter with the police at least three times. Nothing came out but the usual assurances that the police is working to find the thief. What happened to the video footage from cameras installed inside the Masjid? Why were the policemen assigned to their job not keeping an eye? If Anjani Kumar’s men cannot tackle petty mobile thieves in the capital city despite it being the 3rd most surveilled city in the world, there should be no empty rhetoric about giving a systemic response to a situation in the far-off Naxal-infested Eturunagaram. The security at the Makkah Masjid is handled by a frail retired deputy superintendent of police (DSP) Abdul Qadeer Siddiqui.

It is not to question the secular credentials of Anjali Kumar but he should be careful with the sensibilities of the people. At one of the Sufi programmes held in the Qutb Shahi tombs premises, the chief guest Anjani Kumar had distributed Durga mementoes to the Muslim singers of Qawwali from Madhya Pradesh, much to their annoyance. The erudite scholar that Anjani Kumar is, he should be well aware that there is no idol worship in Islam. Why did he not check about what the mementoes were? Some people taunted me that ‘your secular Police Commissioner’ did this! I told them to give Anjani Kumar the benefit of doubt. Just like I do not invite my dearest Brahmin friends and classmates to relish mutton biryani at my place, Anjani Kumar should also avoid mixing up things. The above incidents are in no way meant to show the versatile Anjani Kumar in poor light. For the unversed, Anjani Kumar is a man of peace, having bagged the United Nations’ awards for his peace keeping services in Bosnia Herzegovina. He made our beloved India proud and he can be counted among the finest police officers in modern India.

Despite the challenges, the DGP Anjani Kumar will hopefully put his best foot forward. The only thing, he should not compromise on, is his profound integrity or succumb to political pressure. Unlike my former boss M J Akbar, I did not compromise. So, I am not a minister in Narendra Modi’s cabinet today! I rule my readers’ hearts. Anjani Kumar should rule citizens’ hearts!