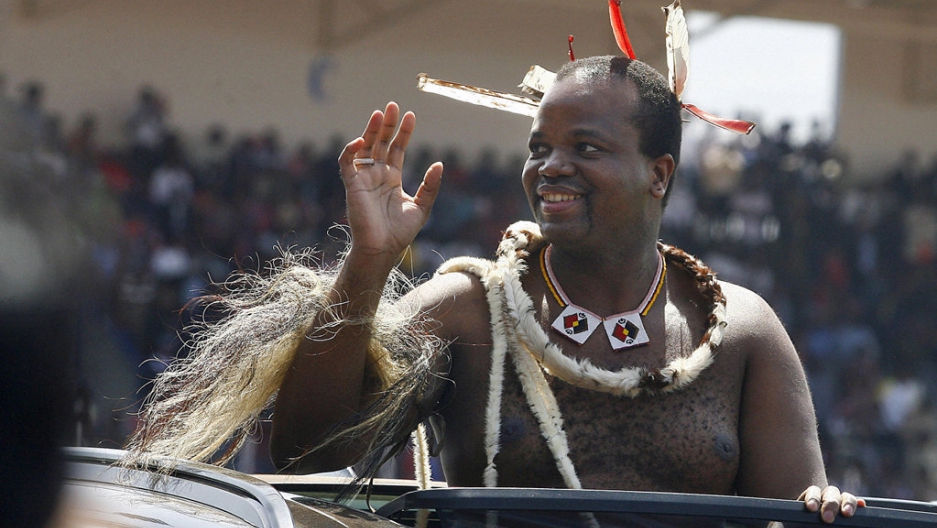 In 2019, the United States Ambassador to Swaziland (eSwatini) Lisa Peterson had called for the kingdom’s constitution to be changed to stop absolute monarch Mswati III’s lavish spending. In November 2019, he reportedly purchased between 13 and 15 luxury Rolls-Royce cars at an estimated cost of up to US$4 million.

He also owns two private airplanes, at least 13 palaces and fleets of top-of-the-range cars including 126 BMW cars. On his 50th birthday in 2018, he wore a watch worth US$1.6 million, and a suit beaded with diamonds that weighed 6 kg! Our ‘Raja’ had just worn a monogrammed suit worth a few lakhs and there was a furore. Do not be jealous. Grow up man, grow up! Let our ‘Raja’ enjoy sartorial elegance.

The second private jet bought was, an Airbus A340, worth US$13.2 but with VIP upgrades were estimated to have cost US$30 million. This is in a country where the common man earns less than US$ 2, according to the World Bank. Peterson who had criticised the King’s lifestyle in the past spoke with the newspaper and magazine editors. This discussion was broadcast on Facebook on 23rd July 2020. She said she had previously had a private meeting with the King where she voiced her concerns.

Earlier in an interview with The Nation, in November 2019, the US Ambassador Peterson disclosed that the United States taxpayers invested E7.5 billion (US$500 million) in Swaziland for the fight against HIV and AIDS. She hinted that the future of this investment was threatened. It is significant to note that 26% of Swaziland’s population is infected with HIV and many suffer from Tuberculosis. Citing an example, Peterson expressed her concerns thus:

‘If your brother’s family is sick but he doesn’t have the money to care for them, you assist without question. But if your brother continues to count on you to pay for his family’s health care even after he buys himself a Rolls-Royce you will surely speak up to question how he can afford one and not the other.’

An online newspaper the Swaziland News had reported that Peterson was under police surveillance. Peterson had made the following clear while giving certificates to young entrepreneurs at Nhlangano on 8 November 2019:

Should the people of eSwatini be comfortable with such disregard for the perilous fiscal state of the country, particularly with so many of His Majesty’s subjects living below the international poverty line?’ This reportedly angered the king. Plain clothes policemen posing as journalists take her photographs at functions and note her speeches. 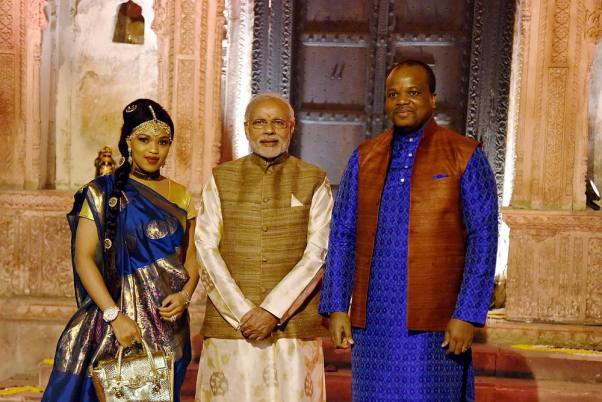 In 2016, after reports that three of the King’s wives had reportedly taken an entourage of 100 people on a shopping trip to Toronto, Canada, Peterson warned Swaziland that the kingdom might not receive further food aid from her country because of the King’s ‘lavish spending’ on holidays. News24 in South Africa had reported that at that time Peterson said the US had limited funds for drought relief. She said, ‘When we hear of the lavish spending by the Swazi royal family – especially while a third of their citizens need food aid – it becomes difficult to encourage our government to make more emergency aid available. You can’t expect international donors to give more money to the citizens of Swaziland than their own leaders give them.’ The outgoing US Ambassador Peterson had earlier asked for an end to the absolute powers of King Mswati.

King Mswati, Africa’s last absolute monarch, can choose a new wife every year from among thousands of bare-breasted virgins who parade at the annual reed dance ceremony. Three of his present queens came from the ceremony. Polygamy is legal in Swaziland but not practiced by commoners because of the high cattle dowries required of the husband for the new brides in the food-scarce country.

Last year, The Zambian Observer’s report that King Swati asked men to marry at least five wives led to an outright denial by the government spokesman Percy Similane, who called the report ‘malicious and poisonous.’  He also called the report fake and an insult to the king and the country.

Swaziland has good relations with India. The King reportedly visited India with 15 wives, 30 children, and 100 servants to attend the India-Africa forum summit in October 2015. In the 2017 trip to India, he was accompanied by just one of his chosen wives and a child.

King Mswati can keep his 15 wives and 23 children but for the poverty’s sake in Swaziland, give up the needless ultra-luxurious lifestyle! It is better to give than take all the time!