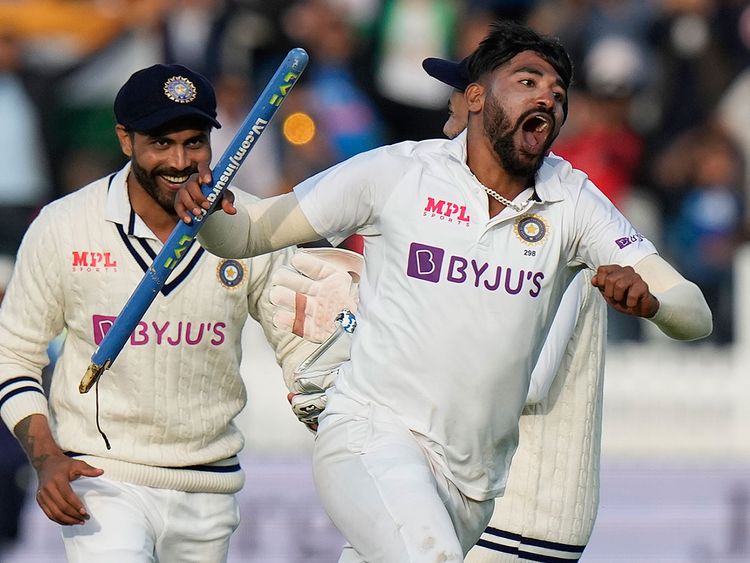 The new Lords at Lord’s – Lord Siraj, Lord Shami, and Lord Bumrah smashed England to the smithereens and handed over Independence Day Gift to 1.3 billion Indians a day after 15th August. The daddys of cricket – England were beaten by Team India to go one up in the series. The British imperialist pride bit the dust as the 9th wicket partnership between Mohammed Shami and Jasprit Bumrah brought back India into the leather hunt. Hyderabad wonder boy Mohammed Siraj along with old war horses Ishant Sharma and Bumrah charged at the Englishmen with full might and fury. Siraj was breathing fire at the hapless Englishmen. He walked away with 4 wickets and plucked a stick (wicket) as a trophy at the end of the match. He was ably supported by Ishant, Bumrah, and Shami. Captain Virat Kohli’s robbers ended up stealing the hearts of 1.3 billion Indians after the sensational cricketing heist against England.

It was K L Rahul who stuck his neck out with a superb 129 in the first innings. Kohli’s daredevils have chinks in their armour. Cheteshwar Pujara seems to have become dead wood but is surviving in the team because of Jay Shah. In the second innings, Ajinkya Rahane scored 61 to stay afloat after a string of poor performances like Pujara. It is high time Pujara is shown the door to make way for a young and talented player to thwart a middle-order collapse in the next two tests. One cannot expect Shami and Bumrah to stand up and be counted every time. It is wishful thinking that the tailenders will wag their tails all the time. The middle-order should sort out the blues. Pujara can be made a member of the ‘Margdarshak’ mandal rather than being a ‘Moorkhdarshak’ of his falling fortunes. It is better to be a mentor than a foolish spectator. It is time Virat Kohli starts playing a captain’s knock. He should not be scoring only against Anushka Sharma. The antics should be with the bat in the ground and not off the ground.

It looks like Kohli made a wise decision to go in with four pacers and a spinner. The pacers are spot on. Ravindra Jadeja looks out of place with his lacklustre bowling and going wicket less often. A re-look at Ashwin for the third test will do no harm or Surya Kumar Yadav, an all-rounder can come in place of Jadeja. Surya Kumar was not called to hatch eggs all the way from Srilanka. The bench strength must be tried out.

England is toothless and rootless without captain Joe Root. Root scored back to back centuries in two tests but his meagre 33 in the 2nd innings proved to be Englishmen’s undoing. There was no intent on the part of the Englishmen to withstand the fire and brimstone onslaught of Siraj and Bumrah. Bairstow is a pale shadow of himself when it comes to test cricket. His body language and grim looks while batting do not give any confidence to his team. The experienced Butler seems to be past his sell by date. The English selectors may have to juggle a lot to put up a fighting11 for the third test. Haseeb Hameed, the comeback guy, may get another chance to make it count. One week of the recess may give ample time to the Englishmen to sort out their blues. Team India may rejoice but not let the guard down. The series is not won yet!