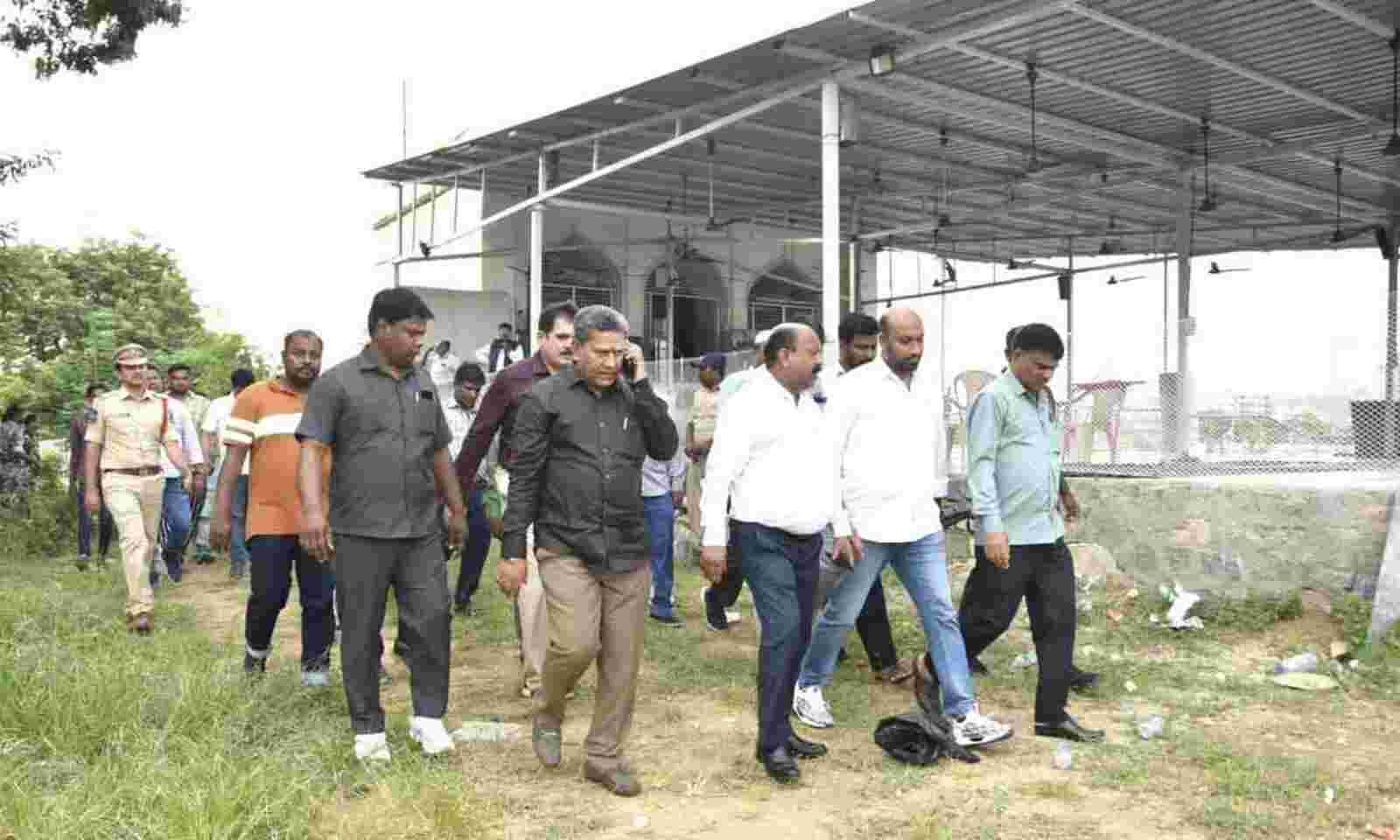 It was the BeyondHeadlines impact that set the Telangana Government to resolve the Qutub Shahi Masjid land issue swiftly. After the issue was highlighted in our columns on 18th October 2022, officials from the Revenue Department, Waqf Board, and Telangana Police met on Wednesday morning at 9 am. After lengthy deliberations and a joint survey by the Revenue officials and the Waqf Board, set the boundaries of the Qutub Shahi Masjid and demarked 32 Guntas (instead of 34 Guntas) according to a Punchnama. Earlier, Hyderabad Member of Parliament Asaduddin Owaisi intervened to call the revenue and police officials for resolving the issue. He sent Majlis legislator Kausar Mohiuddin to pool up efforts for early resolution of the issue.

On behalf of the Revenue Department Chandrakala, Revenue Divisional Officer (RDO), Rajsekhar, Tahsildar, Gandipet, in the presence of police officials inspected the documents of the Masjid Committee and after a joint survey concluded with evidence that 34 Guntas of land indeed belonged to the Qutub Shahi Masjid near Panchvati Colony in Manikonda Jagir, Raidurgam, Ranga Reddy district. The Masjid documents matched with the Revenue Department records about 34 Guntas of land belonging to the Masjid. However, 2 Guntas of Masjid land were usurped by the Greater Hyderabad Municipal Corporation (GHMC) in the name of road widening. Neither information nor compensation for the 2 Guntas of land was given to the Waqf Board or the Masjid. The Waqf Board was in slumber as usual. Strong action must be taken against the GHMC officials and the Waqf Board officials for dereliction of duty for the loss caused and their salaries must be deducted for negligence. The Telangana Government must award compensation of at least Rs 20 crore in lieu of the Masjid land taken away by the GHMC.

The Telangana Police have successfully maintained peace despite extreme provocation by the Hindutva extremists in trespassing and raising illegal structures and performing pooja and sacrifice on the Masjid premises. The Cyberabad Police commissioner Stephen Ravindra, Cyberabad Deputy Commissioner of Police (DCP) Shilpavalli in a proactive and laudable effort set out to resolve the issue after calls from Asaduddin Owaisi, MP. It may be recalled that Stephen Ravindra is a brave police officer who tackled extremists as the Group Commander of the Grey Hounds in Telangana. DCP Shilpavalli is known for a friendly policing policy and efforts to involve the police in training the unemployed youth for employment opportunities have been much appreciated. Talks have been initiated by the police to shift the illegal structure from the Qutub Shahi Masjid premises.

However, no efforts have been made by the local police to identify and arrest the Hindutva extremists despite the video evidence of trespassing and the illegal activities performed inside the Masjid premises. The police must get to the bottom of the conspiracy of the extremists to usurp the Masjid land and their intentions to disturb peace in view of the bypolls to the Munugode Assembly Constituency. Was there a conspiracy to sully the image of Chief Minister K Chandrasekhar Rao and discredit him? People will stand for Telangana Gauravam (Pride) and defeat the efforts to polarize the bypolls.

The Waqf Board Chairman Masihullah who took part in the meeting to resolve the Qutub Shahi Masjid land restoration issue has announced Rs 5 lakhs for the construction of a boundary. This amount will not be enough. More funds should be released by the Waqf Board to raise a brick wall boundary and not a temporary tin shed type of boundary. The Waqf Board chief also claimed that efforts will be initiated to get compensation for the 2 Guntas land usurped by the GHMC.

Indeed, I am indebted to the Readers of BeyondHeadlines for their tremendous response to my earlier report on the Qutub Shahi Masjid trespass and illegal encroachment and illegal activities issue. Let me assure the readers and the community at large that I will report with equal vigour if any temple land or church land or land of any other place of worship is trespassed or encroached on. I shall not rest till the temple land or the church land is restored!