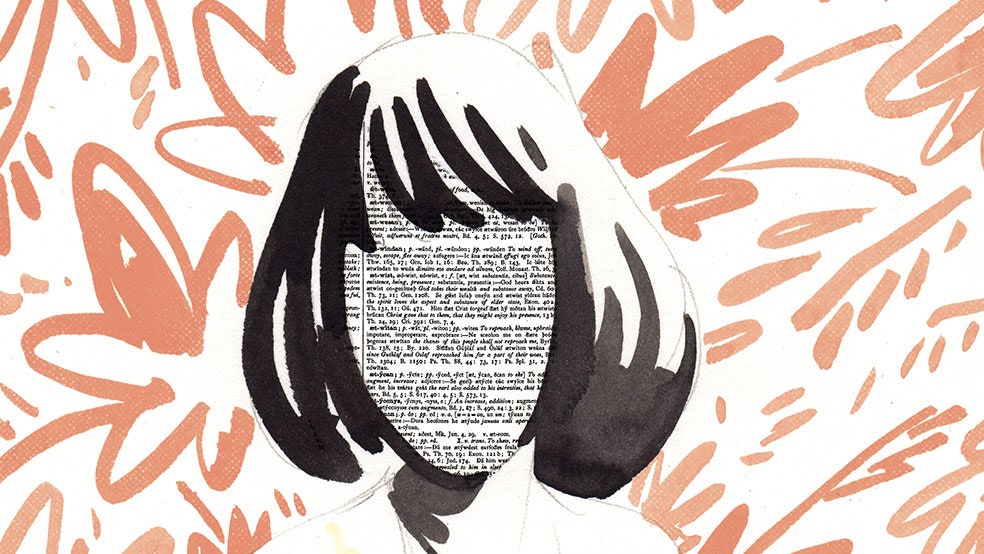 “Feminism is a movement to end sexism, sexist exploitation, and oppression.” ― Bell Hooks

A widespread culture of sexism excites you and me! It pleases the patriarchal institution. According to the Global Gender Gap Index (GGGI) 2020, India falls at 122nd position from its 108th in 2018. Gender discrimination runs a long history, from centuries and a phenomenon legitimized by the power hierarchy. India stands on the 139th position in Global Peace Index, 2020. India is the most dangerous country for women (Survey by the Thomas Reuters Foundation in 2018).

The underlying patriarchal structures, social norms, in-depth sexism in daily lives, and the traditional upbringing of children are the major factors responsible for the rise of gender inequality. Ambivalent sexism has silently contributed to the gender gap in the workplace, education, relationships, marriages, family institutions, school curriculum, and government policies.

Sexism is a system of discrimination based on sex. A perception or belief where the segregation is vital; women are inferior to men, oppressed, and subjugated as ‘second sex.’ It can be silent or violent, conscious, or unconscious but a male dominance. It also includes sexist attitudes, behavior, practices, and institutions. Sexism and sexist attitudes are grounded in traditional gender norms, stereotypes, and prejudices perpetuate gender inequalities. Sexism is also glamorized by movies, TV-series, magazines, media, and most submissive and degraded romantic partnerships. Gender equality has not yet fully achieved in today’s world. Sexism is a hindrance to progress, development, and the growth of an individual. Many of us might be aware of sexism.

Well, kindly seeking your attention on something interesting, a hidden gender-role ideology, known as ‘ambivalent sexism.’ The Theory was first developed by social psychologists Peter Glick and Susan Fiske. 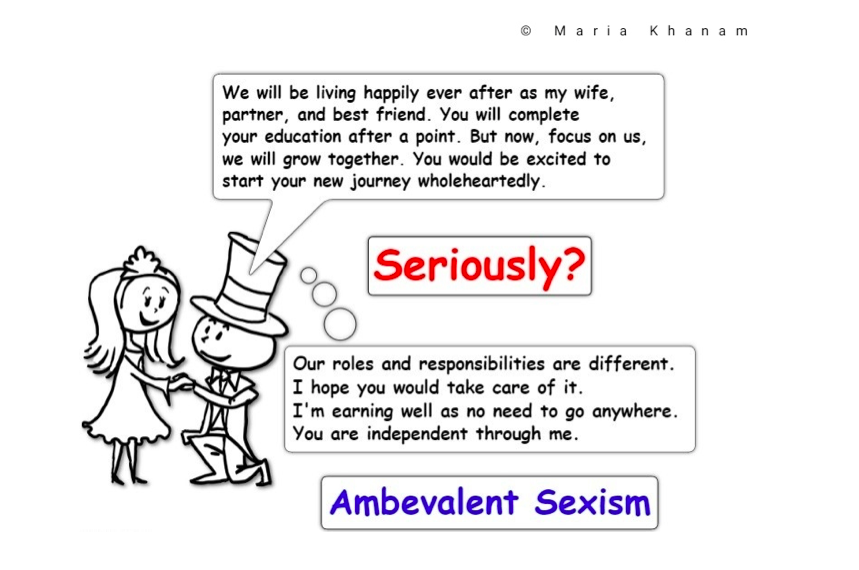 “simple peck-order bullying is only the beginning of the kind of hierarchical behavior that can lead to racism, sexism, ethnocentrism, classism, and all the other ‘isms’ that cause so much suffering in the world.” ―Octavia Butler

Why gender-role ideology, ‘ambivalent sexism” is different from sexism? Is this a feminist term for the patriarchy? A theory against men?

No. ambivalent sexism is a system of coercion, controlled, and coordinated dominance that makes men a legend. It limits personal, economic, and political freedom. Both are

1. It assists sexism is a multidimensional construct.

3. Hostile sexism is antipathy toward women reflecting negative views that exist among boys through their sexist attitudes.

4. Benevolent sexism among girls is a form of positive sexism, patronizing beliefs about women and to confine them in restricted roles. It is subjectively positive but stereotypically portrayed them.

Your husband’s name in your surname after marriage is a certainty and symbolically a sign for lovely couples is an example of benevolent sexism.

Why does it make you happy? A socio-cultural construction and the process of socialization are hegemony of giving credibility to get affiliation in return of nothing, but dominance and approval conform to the ascribed status in society. Well, the idealization of women, the desire of intimate relations out of her consent, protective paternalism, and justified gender division are examples of “Benevolent Sexism.”

The idea of men’s role as a protector of women, love, and compassion at the cost to restrict them on the traditional roles by compromising in career dropouts put them in idealistic womanhood. It pressurizes the women to be fascinated by the utopian relationships that neglect women to pursue ‘education’ and ‘career goals.’ Researches show the benevolent sexism as the most engrossed sexism by both of the genders all over the world.

Why the role of passive receptivity for women?

Why do women passive by nature become social acceptance among girls? Why can’t women achieve orgasm as men in relationships? Is this a crime to express a desire in sexual relationships?

Benevolent sexism is a reason for romanticizing female passivity over male dominance, as active agents polarized a cultural and social demarcation. The benevolent sexism’s positive tone is likely by both men and women. Women of benevolently sexist attitudes more likely to accept men can only achieve orgasm, lead to getting fewer orgasms for them. Men are more carnal than women driven by the ‘pleasure principle,’ can only achieve orgasm. But women’s orgasm

merely an afterthought cannot be achieved. Therefore, this perception leads women to think men are selfish in bedrooms. To express something with your partner is neither a crime nor a sin. The sexist attitudes perpetuated long-lasting sufferings for all genders. A need to create more

awareness through a change in society can help to reduce gender inequality.

Contrary, “Hostile Sexism” preserves male dominance in society legitimizes the hegemonic masculinity by underlying men’s power. It is a toxic, fierce, violent, oppressive means to harm a woman. Sexual harassment, rape, domestic violence are men’s hegemony over women. To control them either by force or coercion is problematic not only for individual development but also to maintain gender equality. A complete aggressive, competitive behavior, emotional

torture, and cyberbullying are modernization forms of violence towards women. The dating relationship phenomenon in modern-day is also perpetuating the “hostile sexism” throughout the globe. It encourages men to think that gender is a ‘battle of sexes,’ where women try to

dominate them. They continuously question the special favor women get either from the policies or jobs behind the shield of “equality.”

“Benevolent is a more defensive and acceptable form of sexism than hostile. They both are a system of justification ideologies, embraced, pampered, and living between you and me.” To create awareness among youth is necessary to criticize the engraved sexism in everyday life. Ambivalent sexism is a knot between you and me to realize a journey from voiceless to be voiced by dismantling the patriarchy responsible to oppresses women. All are equally responsible for perpetuating sexism.

“We need an ideological movement to end sexism from all over the globe, encourage each other for taking a stand not only for the self but for the help, for solidarity, for equality, for feminist politics.”

Bell Hooks’ (Feminism Is For Everybody: Passionate Politics) precise definition of feminism with sexism is worth reflecting— “it did not imply that men were the enemy. By naming sexism as the problem it went directly to the heart of the matter… all sexist thinking and action are the problem, whether those who perpetuate it are female or male, child or adult. It is also broad enough to include an understanding of systemic institutionalized sexism…To understand feminism it implies one has to necessarily understand sexism.”