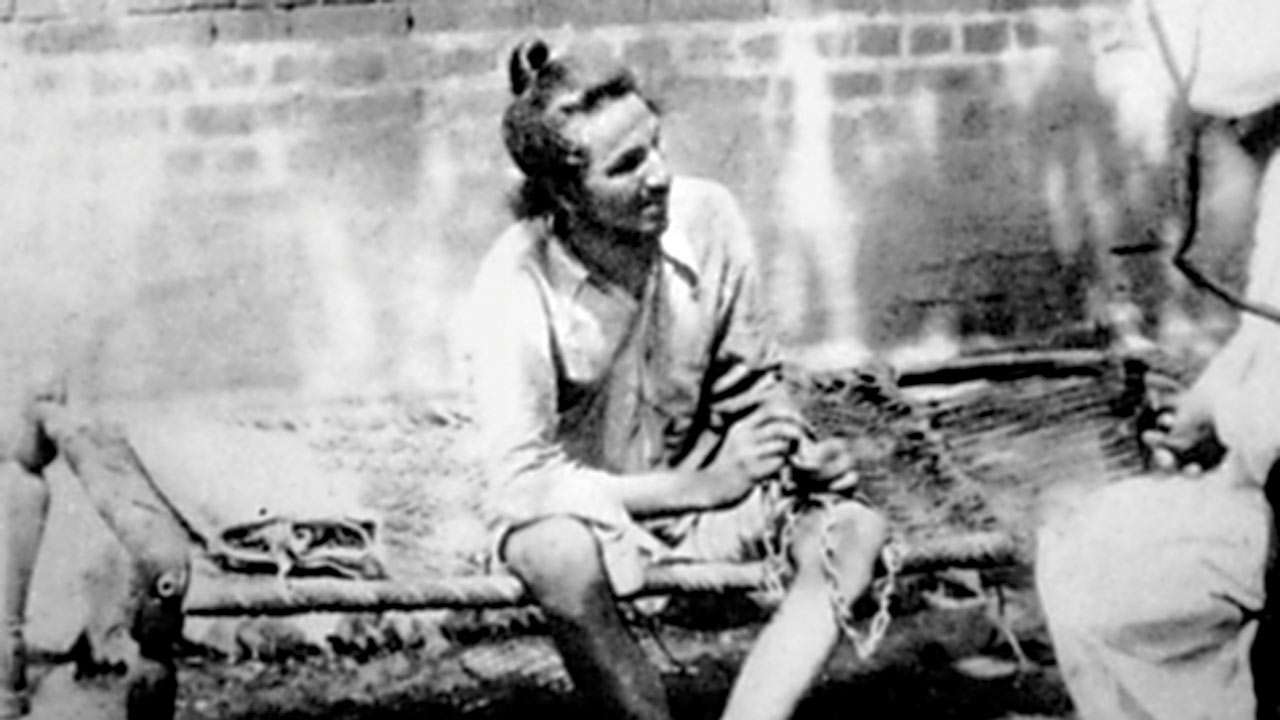 Bhagat Singh is one of the stalwarts of the Freedom Struggle. He was the person who is considered to have given the ideological shape to the revolutionary movement in India. Though remembered and celebrated rightly for his bravery, Indians in awe of his great sacrifice have neglected for what he actually stood for and it has given legitimacy for the rumor mongers to spread lies and propaganda about Bhagat Singh.

1. Bhagat Singh was totally against Communalism.

Bhagat Singh saw communalism as dangerous for Indians as colonialism was. When he along with other revolutionaries formed Naujawan Bharat Sabha, the founding General Secretary made sure that two of the six rules of the organization dealt against communalism. These were “To have nothing to do with communal bodies or other parties which disseminate communal ideas’ and to ‘create the spirit of general toleration among the public considering religion as a matter of personal belief of man to act upon it firmly”. (Communalism A Primer, Bipan Chandra, Appendices, page number 97)

He even went deeper to understand the riots and wrote in Kirti ‘Dharamvar Fasad Te unha de Ilaj (The Religious Riots and Their Solution) in June 1927, where he had mentioned how communal leaders incite people in the name of religion, he remarked,”

“As far as we’ve seen, communal leaders and newspapers are behind these riots. These days the Indian leaders exhibit such shameful conduct that it is better not to say anything”.

Aware of the role played by the newspaper, he criticized them vehemently, he wrote, “The real duty of newspapers was to impart education, eradicate narrow-mindedness in people, put an end to communal feelings, encourage mutual understanding, and create Indian nationalism. But they have turned their business to spread ignorance, preach narrowness, and create prejudice, lead to rioting and destroy Indian common nationalism.”

He stated that in order to combat communalism, religion must be separated from politics. He illustrated, “At present, some Indian leaders also want to separate religion from politics. This is also a beautiful remedy to eliminate quarrels and we support it”.

2.  He was against superstition and irrationality.

He condemned religious bigotry and superstition. His entire life symbolized critical thinking. But it’s unfortunate that many those who invoke him are unscientific and irrational.

Sadly, many spread bigotry too. An example was seen recently when a  person accused of firing at the protesters and breaking communal harmony was seen wearing the T-shirt of Bhagat Singh. On the other hand, the manifesto of The Naujawan Bharat Sabha, a legal and open mass organization of the Hindustan Socialist Republican Association (Army), clearly condemned religious bigotry, it expressed, “Religious superstitions and bigotry are a great hindrance in our progress. They have proved an obstacle in our way and we must do away with them.”

“The thing that cannot bear free thought must perish. There are many other such weaknesses which we are to overcome. The Conservativeness and orthodoxy of the Hindus, extra territorialism and fanaticism of the Mohammedans, and narrow mindedness of all the communities, in general, are always exploited by the foreign enemy. Young men with revolutionary zeal from all communities are required for the task”

Even today, when it is easy to hurt anyone’s feeling over a film and cartoon, Bhagat Singh had written about this fragility, he stated “While, we Indians, what are we doing? A branch of a peepal tree is cut and religious feelings of the Hindus are injured. A corner of a paper idol, tazia, of the idol breaker Mohammedans is broken, and ‘Allah’ gets enraged, who cannot be satisfied with anything less than the blood of the infidel Hindus. A Man ought to be attached more importance than the animals and yet, here in India, they break each other’s heads in the name of ‘sacred animals’ (Manifesto of The Naujawan Bharat Sabha, Punjab).

Many people who claim to be supporters of Bhagat Singh thrives on crony capitalism,  but they should not forget that Bhagat Singh was an ardent socialist. His writings, speeches, and manifestos of the organizations in which Bhagat Singh was instrumental, clearly reflects that he believed in the redistribution of the wealth.

The Manifesto of Naujawan Bharat Sabha clearly stated the kind of Independence he wanted.

“The hope of the proletariat is, therefore, concentrated on socialism which alone can lead to the establishment of complete independence and removal of all social distinction and privileges” (The Bhagat Singh Reader, by Chaman Lal, page number, 553).

4. He was a revolutionary.

Today those people who on one hand, claims to be the follower of the great revolutionary also give various names to people who call themselves revolutionaries and who dissent against the government’s socio-economic policies, they forget that Bhagat Singh himself was of this believe that revolution must be carried. He defined Revolution as such, by “Revolution”, we mean the ultimate establishment of an order of society which may not be threatened by such breakdown, and in which the sovereignty of the proletariat should be recognized and a world federation should redeem humanity from the bondage of capitalism and misery of imperial wars”. (from The statement of Bhagat Singh and  B.K Dutt in the Sessions Court, read by Asaf Ali on June 6, 1929.)

5. He was a believer of youth politics.

Today when student politics is seen as a contempt by the ruling dispensation and its supporters, it’s time for them to visit Bhagat Singh’s writing.

Bhagat Singh had tremendous faith in youth and he believed that the youth can bring a change. In an essay titled ‘Yuvak’ published in Matwala, Bhagat Singh emphasized the importance of youth. He wrote “If the sacrifice of blood is needed, who but youth can give it? Is it a youth who is the shaper of the destiny of any community. A western scholar has rightly said, ‘It is an established truism that young men of today are the countrymen of tomorrow, holding in their hands the high destinies of the Land. They are the seeds that spring and bear fruit.’ It means that the youth of today is the maker of a country’s destiny. The young are the seeds of the success of the future”.

A common misconception about Bhagat Singh is popular that he didn’t respect Mahatma Gandhi. it’s a lie.  Mahatma and Shaheed E Azam disagreed on the complete non-violence and violence as a last resort, but both respected each other, along with being firm to their beliefs.  Mahatma Gandhi had called him a brave man, when he was alive and also paid tribute to him after Bhagat Singh’s hanging, on the other hand, Bhagat Singh appreciated Gandhi’s role in mobilizing people. The Manifesto of Hindustan Socialist Republican Association clearly stated, “Mahatma Gandhi is great and we mean no disrespect to him if we express our emphatic disapproval of the methods advocated by him for our country’s emancipation. We would be ungrateful to him if we do not salute him for the immense awakening that has been brought about by his Non-Cooperation Movement in the country.”

Even in his famous essay, ‘Why I am an atheist’, Bhagat Singh talks about the greatness of Gandhi, as he considered ‘criticism and Independent thinking’, two ‘indispensable qualities of revolutionary’, he also states he is not beyond criticism, Singh writes, “Because Mahatmaji is great, therefore, none should criticize him. Because he has risen above, therefore everything he says maybe in the field of Politics or Religion, Economics or Ethics, is right…This mentality does not lead towards progress. It is rather too obviously reactionary”.

7. He was an admirer of Jawaharlal Nehru.

If Bhagat Singh disagreed with Mahatma Gandhi, with showing full respect for the Mahatma, he was as an admirer of Nehru as Gandhi was.

He liked Jawaharlal Nehru’s views and praised him in his article written in July 1928, for Kirti. He called Nehru a revolutionary and asked the youth of Punjab to follow him. “At this time, Punjab is in dire need of mental stimulus and this is available only with Pandit Jawaharlal”. ( The Bhagat Singh Reader, Chaman Lal, page number,168).

Almost fifty days before becoming immortal, in a letter to Young Political Workers, written on second February 1931, Bhagat Singh wrote, “Leave alone Pandit Jawaharlal. Can you point out any effort to organize the peasants and laborers?”

8. Mahatma Gandhi tried his best to save Bhagat Singh.

The most common of the rumors about Bhagat Singh is that Mahatma Gandhi didn’t try to save him.

The truth is that Mahatma did try his best to save him. Mahatma Gandhi had met Viceroy, written to him even on the last day when he was hanged, and uttered in speeches that Bhagat Singh should not be hanged. And all these are well documented. Gandhi said at a public meeting in Delhi on March 7, 1931: “I cannot in all conscience agree to anyone being sent to gallows, much less a brave man like Bhagat Singh.” (CWMG, Vol. XLV, p. 273.)

Subhas Chandra Bose’s  Autobiography clears all doubt about this myth, Netaji writes, “It must be admitted that he (Gandhi) did try his very best.” ( The Indian Struggle, page number,184).

9. Bhagat Singh had good relationships with many leaders in Congress.

Bhagat Singh had a cordial relationship with many leaders in the Congress, in spite of their political disagreements, both revolutionaries and the congress leaders helped each other. Jawaharlal Nehru wanted to send him to Moscow when he came to know about his socialist leanings at his own expense. Also, Bhagat Singh had thanked Jawaharlal Nehru and Subhas Chandra Bose for helping him in his case.

“Then Bhagat Singh asked Mehta to thank Pandit Nehru and Babu Subhas Chandra Bose because both of them had shown great interests in his case”. (Without Fear, The Life and Trial of Bhagat Singh, Kuldip Nayar, page number 7).

Jawaharlal Nehru had gone to meet Bhagat Singh in Lahore jail on August 8, 1929, when prisoners were on the hunger strike. He also wrote about it in his Autobiography.

He also had cordial relationships with some of the senior Congress leaders at that time like Motilal Nehru and Lala Lajpat Rai.

Chaman Lal in his introduction to Bhagat Singh Reader stated, “Though there is no reference of Veer Savarkar writing a tribute on to Bhagat Singh on his death, whereas other national leaders like Mahatma Gandhi, Jawaharlal Nehru, Sardar Patel, Maulana Azad, Subhas Bose, Periyar, and Dr. Ambedkar, all paid their tributes to these revolutionaries, even while disagreeing with his views”.