New Delhi: Today, the world is grappling with a pandemic situation due to Covid-19 which is affecting the economic growth of every country and governments are doing everything so that people are provided for and do not lose their jobs and livelihood. In this background, a shocking decision has been undertaken by the ‘woman’ Vice-Chancellor (VC) of a central university with regard to the women’s studies center in its institution.

Jamia Millia Islamia VC  has advertised 6 teaching positions of Sarojini Naidu Centre for Women’s Studies (SNCWS). All of these positions were UGC planned posts that have already been merged by the UGC a year ago along with the direction that the incumbents working there be merged into the university system. However, to everyone’s shock on Friday evening, the advertisement for teaching positions was out.

Five faculty members, one Professor, two Associate Professors, and two Assistant Professors are already working in the center on these posts. And some of them have been there since 15-16 years. Hence, advertising and removing the incumbents out of their regular jobs with the new advertisement when everyone is fighting a pandemic must be mentally taxing and insecure for the stakeholders. 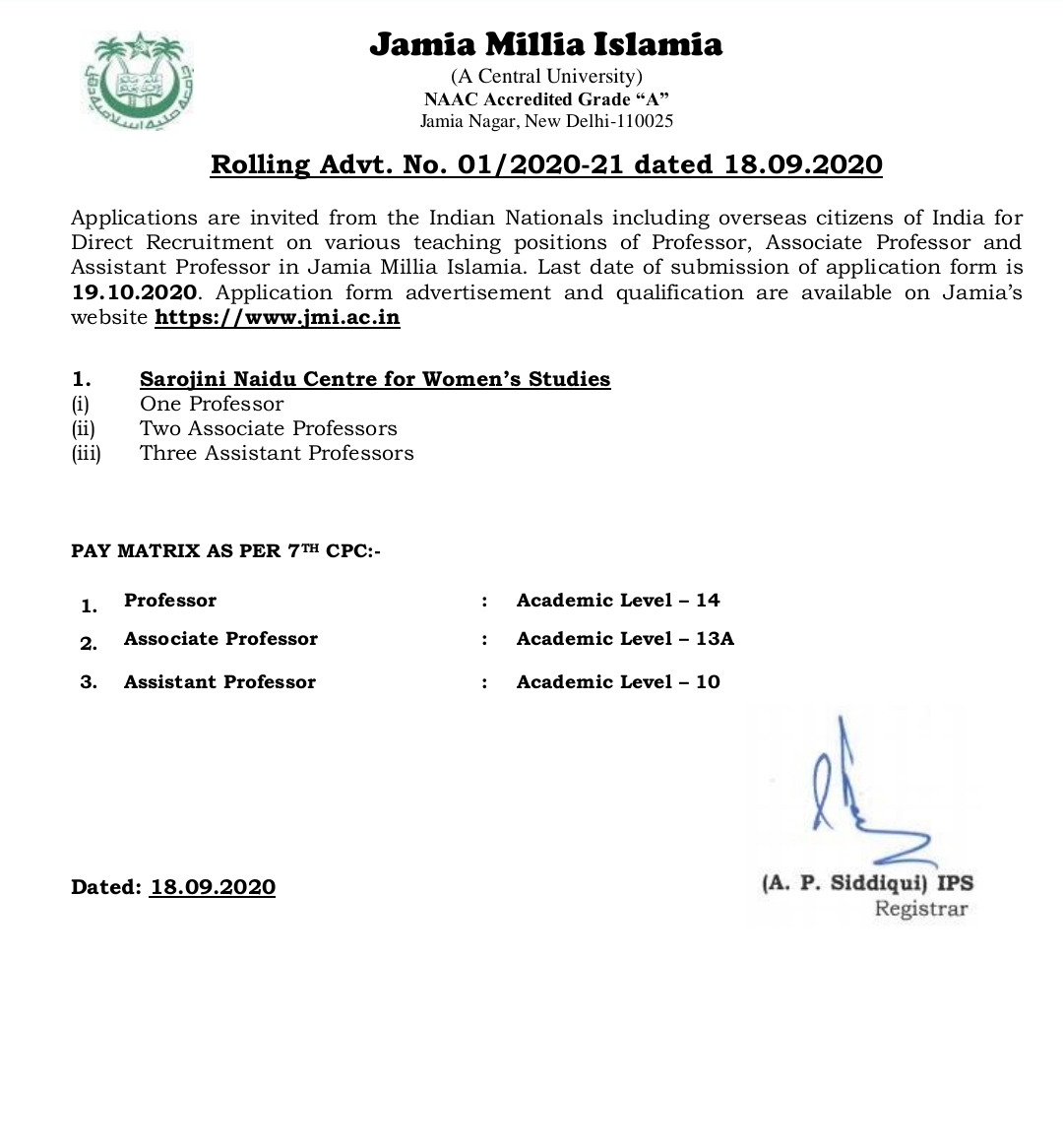 This unprecedented development is shocking and faculty members already working are very much worried without a clue of what happened and how.

When Mrs. Najma Akhtar, a woman became the VC, the staff at Sarojini Naidu Centre for Women’s Studies were rejoicing it. However, they had no clue that their jobs will be put under risk by the same ‘woman’ VC.

Jamia’s Sarojini Naidu Centre for Women’s Studies is the second oldest Centre of the University, and one of the most prestigious Women’s Studies Centre in the country.  It has been contributing in academia for decades. Such an injustice against the center speaks volumes of the seriousness about the issue of ‘women’s empowerment’ by the first ‘woman’ Vice-Chancellor of Jamia Millia Islamia. 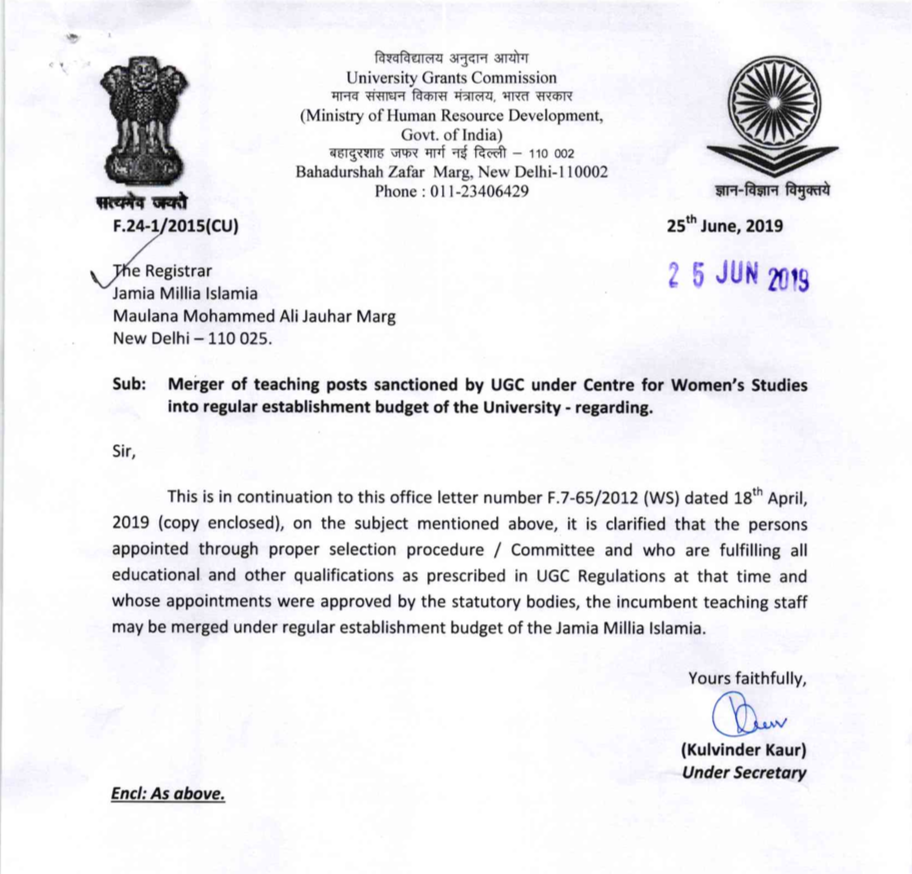 Moreover, the obsession to close down such a prestigious center was pre-planned in a way for in the first week of April, the VC had already attempted to seal the center. The decision was later withdrawn due to external pressures.  It is very shocking that such a strange decision was taken again when the whole world is suffering from mental stress and uncertainty and the level of stress given to employees in such a situation must be beyond imagination.

The faculty at the Centre in a conversation with BeyondHeadlines said that the decision is totally discriminating and arbitrary. They demand that it must be canceled immediately as they are already working for a long and some for more than one decade.