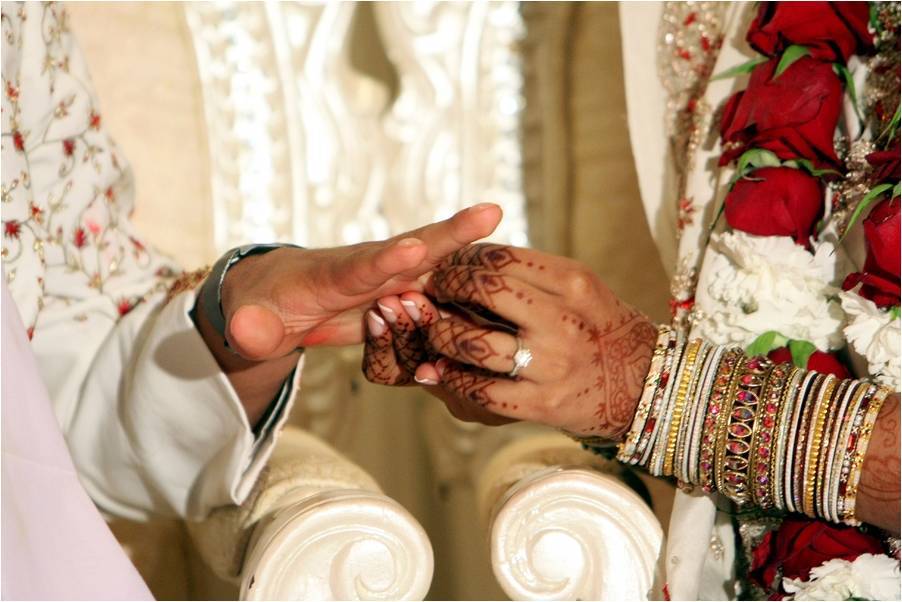 The perversion of the Bharatiya Janata Party (BJP) leader Narendra Modi to poke his nose into the family affairs of the citizens goes unchecked. Modi tries to decide what the citizens should have in their plate and what color to paint the houses of worship including mosques and the Haj Houses, how to divorce, and when to divorce, has come out with a gravely damaging act against the girls irrespective of religious affiliation. The new act will increase the marriageable age of girls from the present 18 years to 21 years. Narendra Modi cohabited with his wife only on the affidavit paper to the Election Commission (EC), in which he declared in 2019 that Jasoda Ben is his wife. However, he does not cohabit with Jasoda Ben even now. There was no mention of Jasoda Ben as Modi’s wife when he submitted the affidavit to the EC. The right-wing EC never questioned or challenged and punished Modi for hiding Jasoda Ben’s existence from the nation. Any other candidate would have been disqualified!

Narendra Modi, who does not know the value of family life and the challenges parents face about girls in our misogynist society gives the excuse that if the marriageable age is increased to 21, the girls may get a better education. First, Narendra Modi enacted the debilitating drama of demonetization and robbed Indian citizens of millions of jobs. People were made to stand in long and sometimes fatal queues to withdraw money from their own. Laborers had to walk hundreds of miles to return to their villages after losing jobs and employment opportunities in factories and the construction sector. People are facing challenges to get two square meals a day. The sky rocketing inflation, cost of petrol, diesel, and gas going through the roof has broken the economy back of the nation.

The decision to increase marriageable age was taken without any consideration for the poor and the needy. There are many orphan girls brought up by relatives or strangers and there are many differently-abled girls and many rape survivors too in society. No concession is given to these girls. The Bill should not get approval from the President of India without concessions to these disadvantaged girls. People are pushed to the walls with every ill-thought decision made by the Modi government. They try to come out with their own solutions. In many parts of the country, there is a rush to get girls married off before the 21 years age Act or Bill comes into force. In Hyderabad, many parents have decided to get their daughters between the ages of 18 and 21 married to escape punishment from Modi. Some are arranging only Nikahs for the time being and the Vidai or the final bidding adieu and sending the daughter to the groom’s house is postponed by some months. The greedy grooms and the ever greedy mothers-in-law generally do not accept an empty-handed bride. However, there is no guarantee that the bride will live happily ever after even if loads of dowry are given to her. Now, the parents have a daunting task to arrange for clothes, gold, furniture, and other items of greed demanded by the –in-laws in a short time. Hyderabadi families are rushing through Nikahs on a nano scale without any grand celebrations. For now, nobody not even Narendra Modi can stop them!