Extraordinary and in-depth reporting covering the targeting of religious minorities under the anti-conversion laws, persecution of Muslims during COVID-19, and human rights violations in Kashmir were among the stories that earned top honors at the virtual award ceremony held on Sunday, June 19.

“We constituted these awards to highlight stories and amplify voices that are often missing from the mainstream/elite media. This year our jury chose winners in the extremely troubled times when media in India is under immense pressure from the ruling government,” said Syed Ali, President of IAMC

“The courage shown by the journalists to cover stories on pressing issues concerning Indian minorities and marginalized communities is commendable. We are honored to play our role in honoring and recognizing journalism that holds power to account and highlights how India is becoming extremely unsafe for its nearly 300 million religious minorities,” Ali added.

Prominent American journalist Amy Goodman, who is the host and executive producer of the global news hour Democracy Now! while delivering the keynote speech expressed concerns about India’s disturbing trends toward authoritarianism and lauded journalists for their courageous work.

“When powerful forces seek to suppress the truth, to censor information, the practice of journalism becomes even more difficult and all too often dangerous,” Goodman said in her keynote address.

“You all have registered the win for democracy as you work under increasingly difficult circumstances often at great personal risk to bring central truths about India one of the most populous and diverse nations on the planet.”

Dr. Yvonne Ridley, British Journalist, and author echoed Goodman’s views and said “India has become one of the dangerous places for journalists to write critically about certain aspects of India including the ruling Bharatiya Janata Party (BJP) led by Narendra Modi.”

“HRRF Journalism awards give respite and hope to Indian journalists who work fearlessly on the ground delivering the unpalatable truth,” Dr. Ridley added.

Gypsy Guillen Kaiser, the advocacy and communications director at the Committee to Protect Journalists (CPJ) spoke about the persecution of Muslim journalists in India.

“Our annual prison census found that India set a country record last year for the largest number of detained journalists and the vast majority of journalists detained in India as of December 1, 2021 are Muslims,”

“The worrying trends in India make HRRF Journalism awards all the more important to uplift and celebrate the invaluable work of the Indian journalist and to remind us of the responsibility that we all share in working to keep them safe,” Guillen Kaiser added.

This year, we received more than 250 entries across five categories. The Human Rights and Religious Freedom Journalism Awards winners, sharing 300,000 INR in prizes, are: 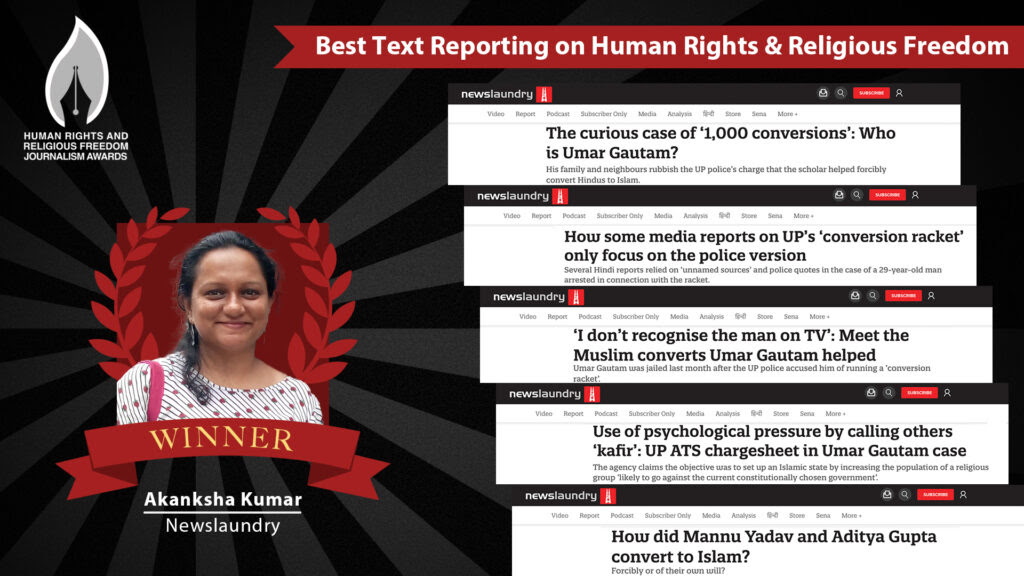 How did Mannu Yadav and Aditya Gupta convert to Islam? »

Use of psychological pressure by calling others ‘kafir’: UP ATS chargesheet in Umar Gautam case » 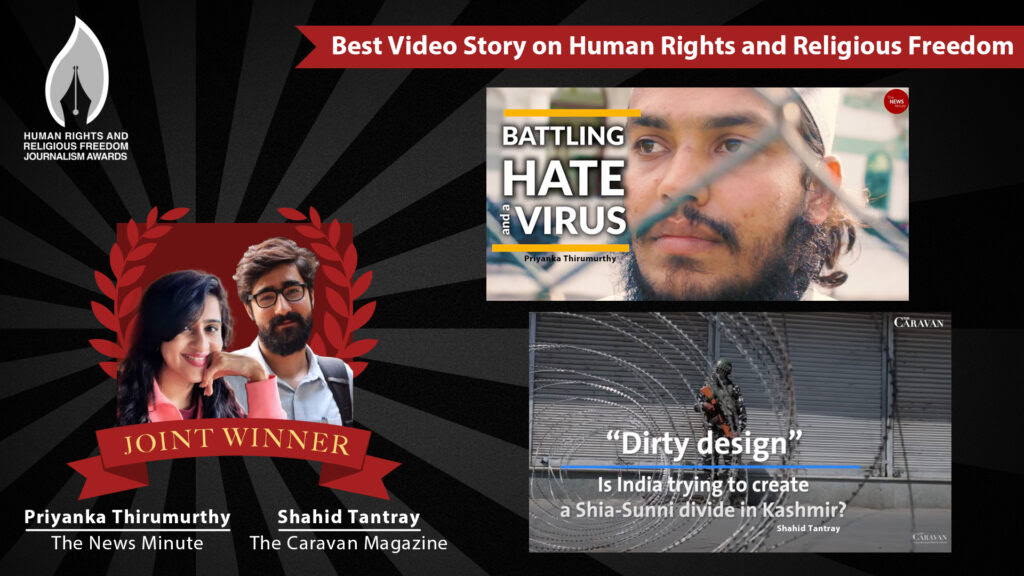 “Dirty design”: Is India trying to create a Shia-Sunni divide in Kashmir?»

Battling Hate and a Virus » 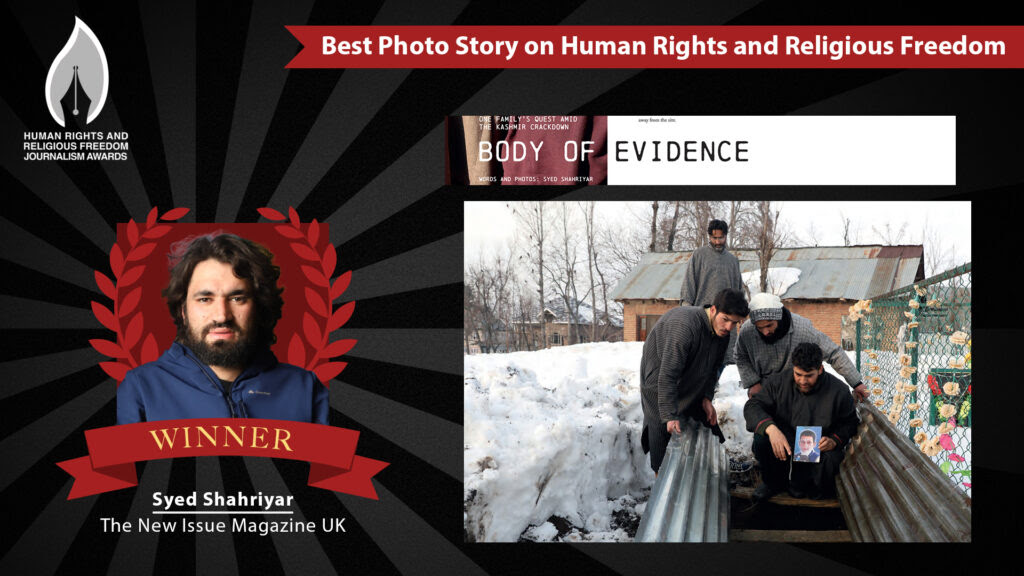 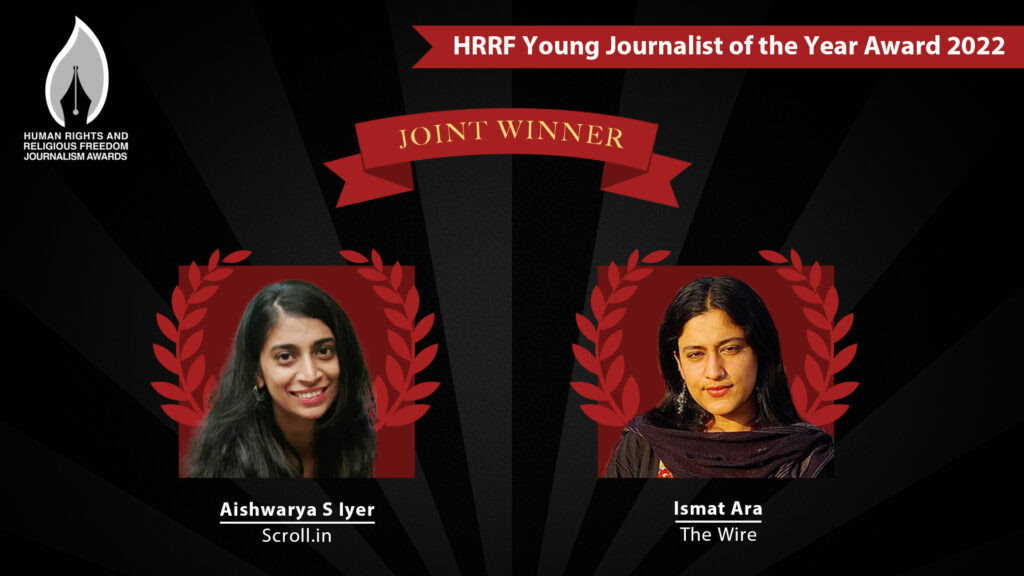 UP: Family Awaits Compensation, Struggles to Get By After Losing Son to Police Torture »

From ‘Gang Buddies’ to ‘Hum Hindu, Tu Mulla’: The Many Sides of Rahul Khan’s Murder »

My Boy Is Mentally Unstable Minor’: Mother of Muslim Teen Accused of ‘Love Jihad’ in UP »

Two years after Delhi violence, what explains the police’s continued ‘defence of the accused’?»

Investigation: How VHP and Madhya Pradesh police colluded to put a Christian pastor in jail »

In Gurugram, the number of namaz sites has shrunk to 20 from over 100 in three years » 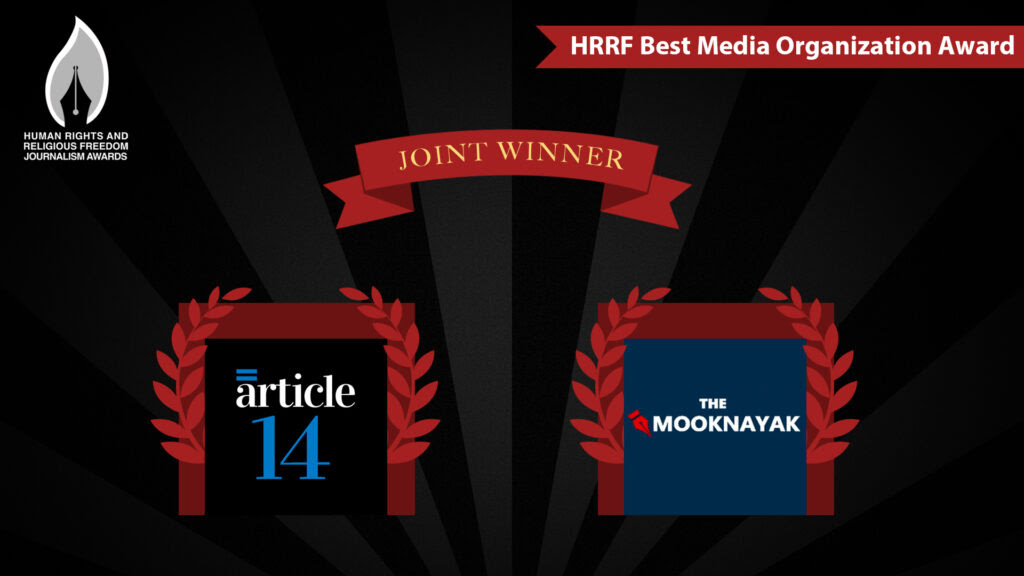